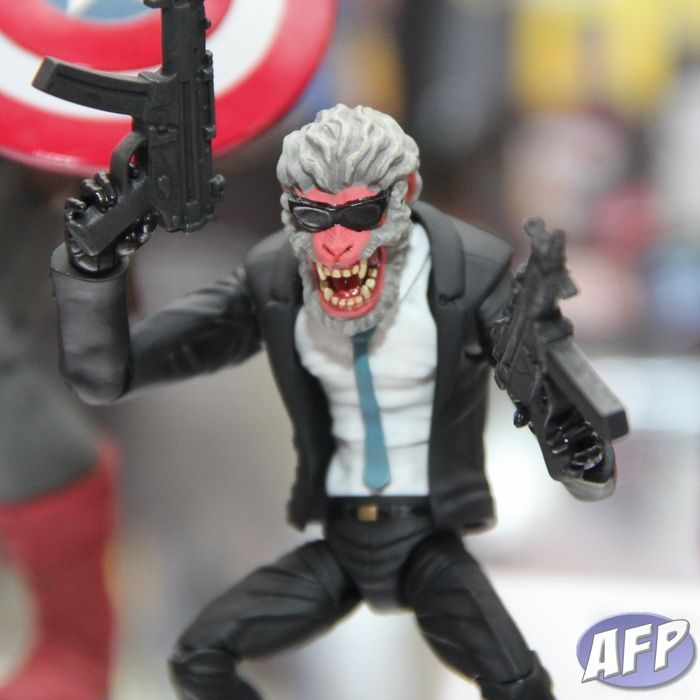 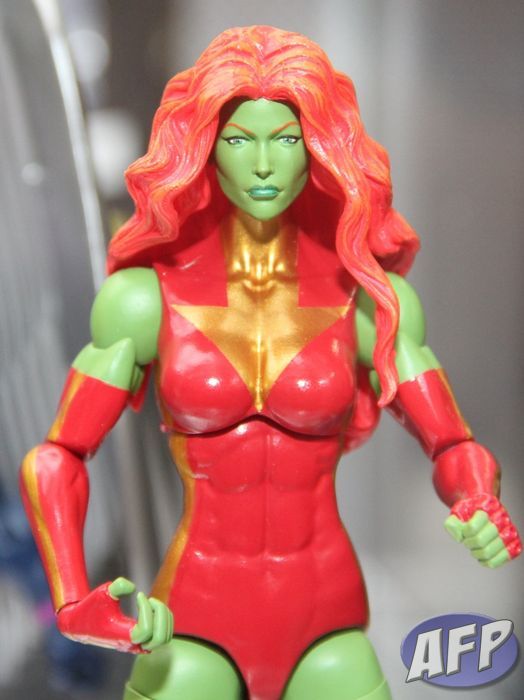 Hasbro revealed two more Marvel Legends figures from the first wave planned for 2013. If you are not familiar with Hit-Monkey, he was introduced by Daniel Way during his Deadpool run, and had a one-shot and 3-issue limited series around the same time a couple years back. Savage She-Hulk (the Lyra version) will be a swap-out for Red She-Hulk.

I did not hear this from Hasbro, but the buzz is that Hit-Monkey is the Build-a-Figure for the wave. Savage She-Hulk is built off the same body as the Red She-Hulk – and I believe she uses the same head. Dwight Stall told me that they tooled up two different upper torsos – one with the zipper (on Red She-Hulk) and one without, for characters without that costume detail, like Lyra.