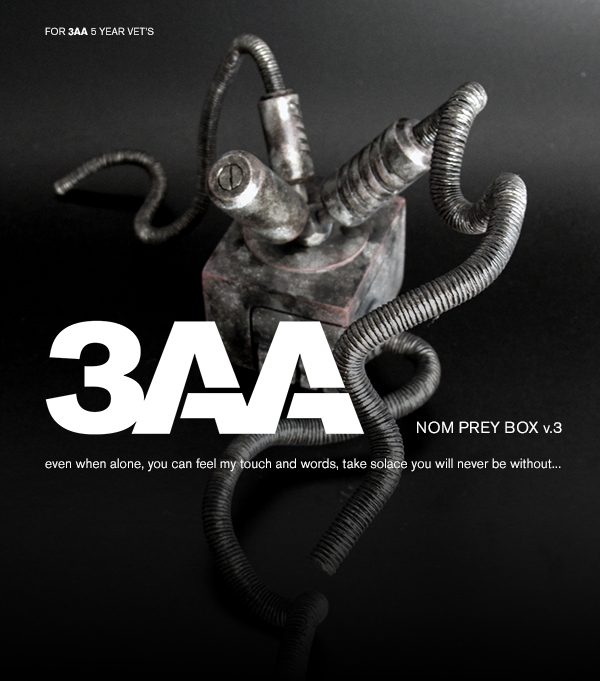 Lucky for me that I have some 1/6 scale figures from 3A Toys, because the figure that comes with the 3AA membership (a one-time purchase that also gives you some extra goodies plus a discount on all 3A purchases for the year) will be another 12-incher. Last year it was the F-Legion figure (the first membership figure in the 1/6 scale), and for 2013 it will be a Blanc Nom Hunter. More Noms? Awesome.

There’s a bonus for Legionnaires who have signed up for the membership for each of the past four years – I should’ve listened to Indy that first year, dammit! 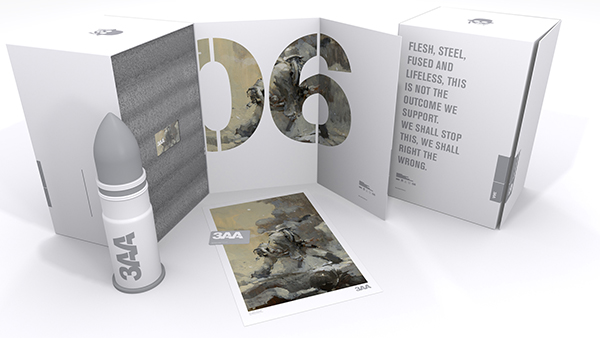 So speaking of 3AA, the 2013 version onsale 15th Jan 2013 9-00am at Bambaland is the best yet, with beautifully designed packaging by Brent Ashe, the 2013 includes the BLANC HUNTER NOM 1/6th figure, 3AA NOM T-shirt with bullet container, signed Blanc Hunter print and the open all doors membership card! I think for our 5th set anniversary also should reward the 3AA member’s who have had our backs since the first recruiting drive… So as our way to say thanks, not only do 5X members ( as in members who have been a 3AA every year till now and get the 2013 membership ) get the 3AA set, but they also get a second T-Shirt and the much loved, nay lusted after NOM Prey-Box. It goes without saying that said Prey-Box will not be offered again!