The pre-Toy Fair previews keep coming, with Mattel revealing an Elseworlds vampire Batman and the New 52 Darkseid from the DC Unlimited line via the LA Times Hero Complex site. I’m not too keen on picking up a vampire Batman if Mattel has no plans for his nemesis, Dracula – and I doubt they do. And I can’t help thinking that Darkseid’s lower half got hit by some sort of shrinking ray the Atom whipped up.

Looks like character selection will continue to be limited. With DC Universe Classics scaled back, Mattel’s retail pattern for its Unlimited lines is still holding to either New 52 characters or Batman or Superman.

The Hero Complex also had the Man of Steel Movie Masters Jor-El that we got a look at yesterday. 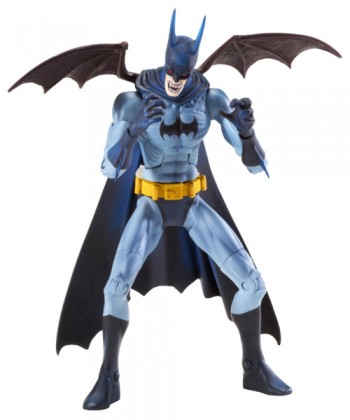 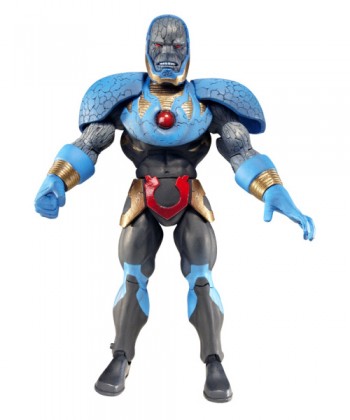 The Vampire Batman figure is based on the Batman vampire trilogy (1991′s “Batman and Dracula: Red Rain,” 1994′s “Batman: Bloodstorm” and 1998′s “Batman: Crimson Mist”) from the DC Comics imprint Elseworlds. In the trilogy, by Doug Moench and Kelley Jones, Batman becomes a vampire in order to face Dracula.