Play Imaginative is taking steps to establish itself as serious competition to Hot Toys in the 1/6 scale superhero market. Although its Marvel Iron Man 1/6 scale figures will have to be imported to the states, they’ve made inroads with its DC license. Superman in his New 52 costume is the first figure revealed since they made a splash with the Super Alloy Jim Lee Batman. He comes with a heat vision alternate head, the overall articulation looks impressive, and the crystal base reminiscent of the Fortress of Solitude has an innovative feature – a fan to give his fabric cape a real-time windblown look.

Interestingly enough, the diecast feature of the Super Alloy line puts these figures at a premium over most Hot Toys. I wonder if they will develop a less expensive (but still high end) line. 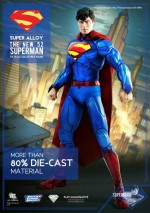 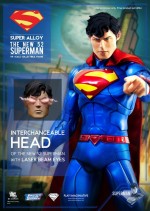 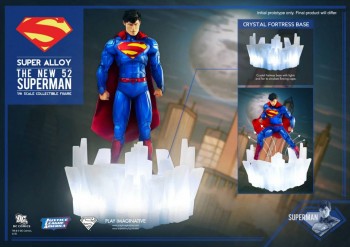 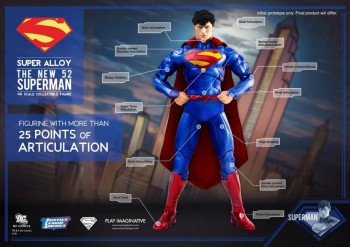