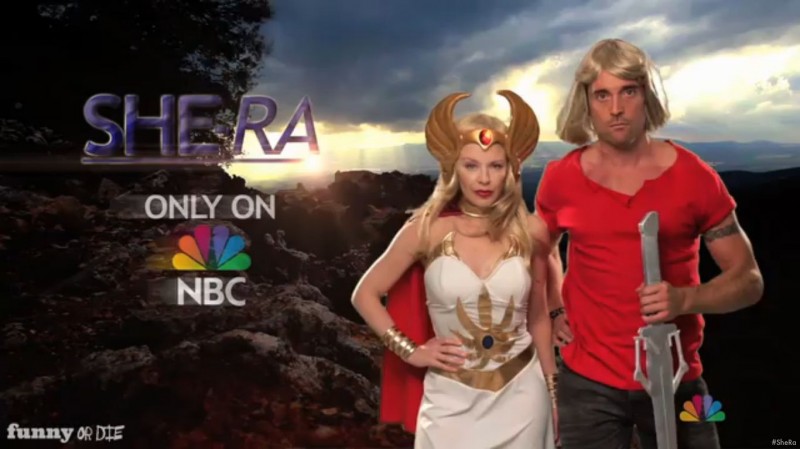 With the ABC hit series Once Up Upon a Time becoming a franchise with spin-off Once Upon a Time in Wonderland, it seems that NBC wants in on the resurgent female-oriented fantasy drama. They’ve got big plans for She-Ra, starring Australian pop sensation Kylie Minogue. Hey, she starred as Cammy in the Street Fighter movie with Jean Claude Van Damme, so we know she’s got the chops for the demanding action sequences.

This is what Mattel has been waiting for. How long until we see them get back onto retail shelves with Masters of the Universe Classics?

Yeah, I know it’s a parody video. But you know some network exec has thought about this.