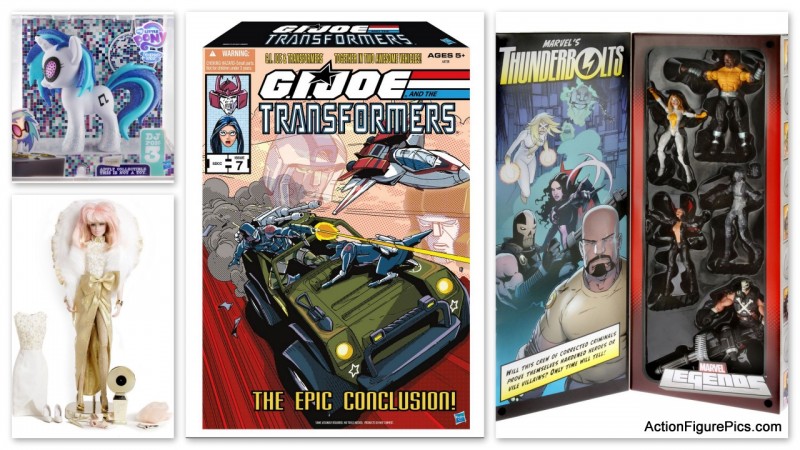 Hasbro has revealed a bunch more exclusives for San Diego Comic-Con through USAToday.com. The announcement covers exclusives for the major boys’ toys brands, including Marvel and the third (and final) G.I. JOE / Transformers crossover. And keeping with recent years, Hasbro has acknowledged that SDCC isn’t just for boys anymore, with exclusives from My Little Pony and Jem. Both had exclusives at San Diego in 2012, too.

These join the Star Wars Black Series Boba Fett with Han Solo in carbonite exclusive. While I can’t wait to get my hands on these, I can already picture the long lines at the Con.

Top of list for me is the Marvel Legends Thunderbolts 5-pack, including Luke Cage, Crossbones, Ghost, Moonstone and Satana Hellstrom (called Judith Chambers avoid parental outrage). It looks to be a great set, even with a somewhat lazy effort at Crossbones, with just a painted chest symbol over the vest from the previous figure. Ghost is a clever reuse of the much disliked Bucky from early in Hasbro’s efforts with the ML line, and a modern Cage (finally) uses the obvious but perfectly-suited Hyperion body.

It looks like Moonstone and Satana both will use the new medium female body. Hasbro teased Moonstone at Toy Fair this year, so it’s nice to see her finally land – now we just need to see where Thunderbolts teammate / rival Songbird ends up in the line, as they teased her at Toy Fair too.

Limited-edition toys run the gamut from ‘My Little Pony’ to Marvel heroes to a mash-up of ’80s favorites ‘G.I. Joe’ and ‘Transformers.’

Lines are inevitably part of every San Diego Comic-Con attendee’s convention experience, and not many lines are as impressive as the one at the Hasbro booth.

Crowds flock to see what’s coming out from such pop-culture toy lines as G.I. Joe, Transformers, Marvel Comics, My Little Pony and Star Wars, but also to get their hands on the exclusive merchandise only available at Comic-Con.

The crop on sale July 18-21 is, like every year, custom-tailored for its core contingent, according to Derryl DePriest, Hasbro’s vice president for boys global brand marketing.

“We’ve seen how Comic-Con has grown over the years,” he says, “and Hasbro has been an essential part of that growth with just the presence we have there and a devoted fan base that every year has made the exclusives we produce the center of their experience.

“We know we have to produce something that’s big enough to meet their passion.”

Hasbro’s 2013 exclusives run the gamut from partner brands like Marvel Universe and Star Wars — Comic-Con is the place to get a special “Black Series” Boba Fett action figure ($49.99), complete with Han Solo in carbonite — to properties the company owns, including G.I. Joe, Transformers, My Little Pony and Jem and the Holograms.

Here are four highlights that fans will be able to get at Comic-Con this summer, and afterward in limited supply at HasbroToyShop.com:

With the popular Friendship Is Magic animated series on Hub Network, comic book and toy line, My Little Pony has become a phenomenon of a franchise, growing a loyal following of female fans and male Bronies. 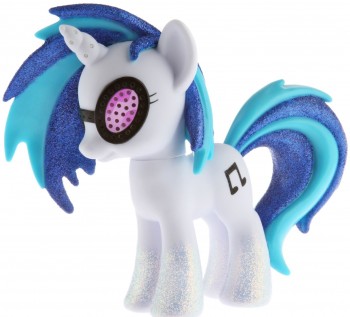 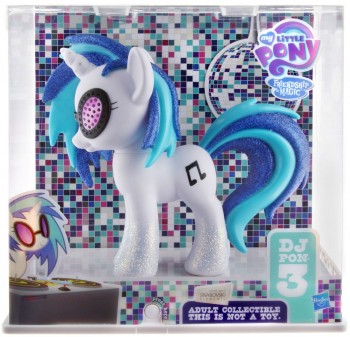 A fan favorite who first appeared in the first season of Friendship is Magic, DJ Pon-3 ($49.99) makes her debut with a Comic-Con exclusive — and a shiny one at that. In addition to a musical note as her “cutie mark,” her sunglasses and unicorn horn are embellished with Swarovski crystal elements that tie into the year’s theme of the Crystal Empire.

In the cartoon, “she had a little throwback to the ’80s — she put a needle on an actual vinyl record,” Tobin adds. “A younger girl might not have picked that up but our older fans picked it up immediately and loved it. And we love that about her, too.”

Hasbro hosts a panel at Comic-Con featuring voice talent from the show, previews a fall line of toys at its booth and offers a poll where fans can elect their favorite pony from the “mane six” — Twilight Sparkle, Fluttershy, Pinkie Pie, Rarity, Rainbow Dash and Applejack — and record testimonials at a video booth before the vote goes live at Hubworld.com/vote4ponies on July 22.

The friendship and tolerance themes of My Little Pony fall right in line with the camaraderie and spirit of the Comic-Con faithful, Tobin says. “We appeal to fans of all ages, and what better opportunity to bring this particular character that fans are already embracing to them in a very special way.”

Jem and the Holograms

Jem, the pink-haired ’80s cartoon rocker, made a “truly outrageous” return to pop culture last summer at Comic-Con with a high-end collectible figure from Hasbro and Integrity Toys. 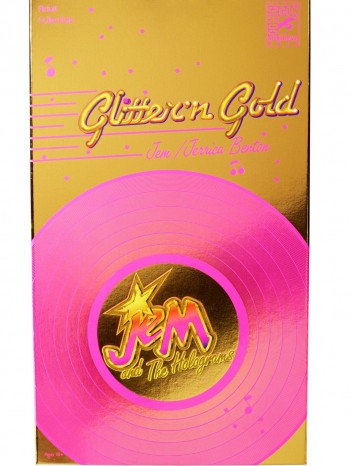 She sold out quickly, so Jem’s coming back glammed out with a special “Glitter N’ Gold” figure ($140) that’s a nod to a version from her original era. This time, though, she comes with more detail, a better and more realistic sculpt, and accessories including an extra dress and a record trophy.

The only thing not carried over from the ’80s? A cassette tape, which probably to anybody younger than teen years would cause head scratching.

There was so much feedback and excitement for Jem on the convention last year that Hasbro felt “Glitter N’ Gold” was right up their alley, says Samantha Lomow, senior vice president, global brand marketing.

“We really listened to the fans about what they would be looking for. This was inspired by some of those on the floor conversations.”

Old Jem cartoons are still shown on Hub Network, but Hasbro does have future plans for Jem and her alter ego Jerrica Benton. “Stay tuned for now,” Lomow teases.

Even though she is pushing 30 years old, Jem continues to resonate today, mainly because of the duality in character between the over-the-top Jem and conservative Jerrica.

“She is the embodiment of that personality today in pop culture,” Lomow says. “Jem was ahead of her time in a lot of ways. It really did celebrate girl empowerment and girl power in a very fashionable way. There is this desire of parents today to share Jem with their kids because it is still relevant.”

Between its superhero movies, Agents of S.H.I.E.L.D. TV show and its comic-book empire, Marvel may have the biggest Comic-Con ever in 2013.

Action figures come hand in hand with comics, though. Whereas Hasbro hits kid demos with Iron Man, Spider-Man, Thor and Wolverine movie toys this year, the company is using its Marvel Legends Comic-Con set to embrace the adult fans and put the spotlight on some characters who haven’t seen that much love — in this case, the Thunderbolts.

Hasbro aims to “create a minor event out of it at Comic-Con to remind our most ardent collectors that we can do some of the coolest stuff that’s very relevant to them,” says Adam Biehl, vice president, global brand strategy and marketing.

“We surprise the fan base with something they didn’t expect, and that’s always the goal with any exclusives we do.” 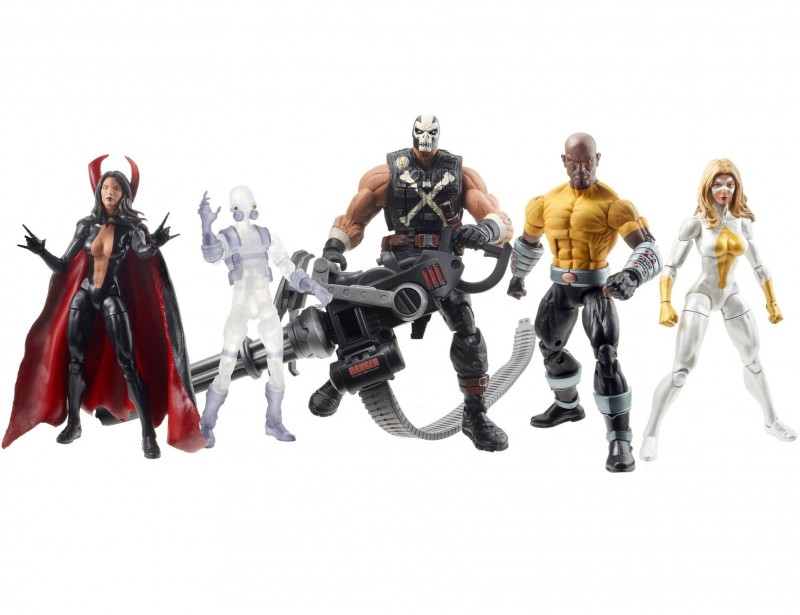 The Hasbro team was excited by the idea of doing a Thunderbolts set ($89.99) of 6-inch figures inspired by the comic-book art of Kev Walker and based on the Marvel team of superpowered antiheroes — Avengers member Luke Cage and the reformed super-criminals Crossbones, Ghost, Moonstone and Judith Chambers — that work for the government.

Cage receives a more modern Legends figure than he’s seen in the past, but senior design director Dwight Stall was most excited about giving first editions to other characters whom “the Marvel fans have never had a figure of and might possibly have never thought, oh yeah, Hasbro will get around to doing those,” he says, adding that other Legends figures releasing later this year and in 2014 will be on display at the Marvel booth. 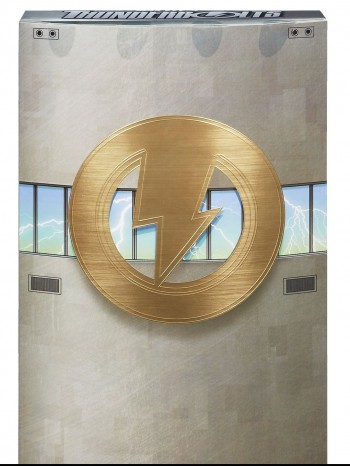 One of the more interesting Thunderbolts to design was Ghost, a character who is very, very different in his anatomy from what you’d see on other, more traditional superheroes.

“He’s not big, he’s not muscular, he doesn’t have that overwhelming presence to him,” says Stall, adding that they re-used a Bucky sculpt from a few years back that they never thought they’d utilize again. “We turned him into my favorite figure in the set.”

And if bigger is better, then Crossbones’ massive cannon wins the day.

“Realism has its place but there’s that level of super-realism in the superhero world where you could have a guy who could literally rip a mini-gun off the side of a helicopter and use it as a hand weapon,” Stall says. “That’s one of the benefits of having super strength.”

Iconic cartoon/toy/comic franchises over the last 30 years, G.I. Joe and Transformers are two franchises that have recently hit Hollywood but are always favorites at Comic-Con among those who grew up with them and younger folks getting to know the real American heroes and transforming alien robots.

Putting them together, though? That’s like the ultimate peanut butter and jelly sandwich for children of the ’80s.

This year’s G.I. Joe/Transformers exclusive ($99.99) is the third and final installment in a special series of annual mash-ups, and while the two previous exclusives focused on Decepticons — a Skystriker jet with a Starscream paint job, and a Shockwave deco on a G.I. Joe Retaliation movie H.I.S.S. Tank — the 2013 edition focuses on the good guys.

“What better way to go out with a bang than with the Autobots coming to save the day?” says design manager John Warden.

Paying homage to a G.I. Joe/Transformers comic-book miniseries in the ’80s, the set includes a Skystriker in the colors of the Autobot Jetfire and a G.I. Joe V.A.M.P. vehicle retooled to reflect Hound, a cult favorite whose original automobile form was that of an Army Jeep. 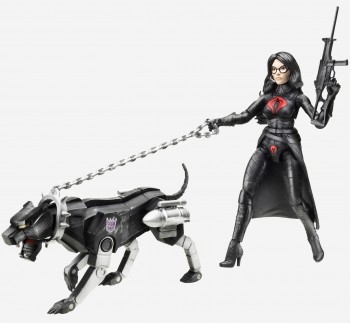 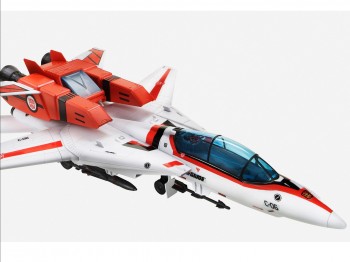 “We look to these two brands in particular to make a big statement,” DePriest says.

The comic medium has been the experimental forum to prove a very high concept: that these universes of characters can go together. But we’ve just never put them together in toy form.”

To pair with the vehicles, the set stars the Cobra femme fatale Baroness with the Decepticon character Ravage, G.I. Joe ninja Snake Eyes with an Autobot logo on his outfit, the Autobot Blaster in his boom-box form and his tapes, and a robotic samurai warrior with a skeleton head in the colors of the Decepticon Bludgeon.

“John’s wanted to do a samurai for years,” DePriest quips.

“He appeals not only to the original ’80s fans but also late ’80s and ’90s,” Warden says. “That’s another big piece of Comic-Con: It’s appealing to all generations.”