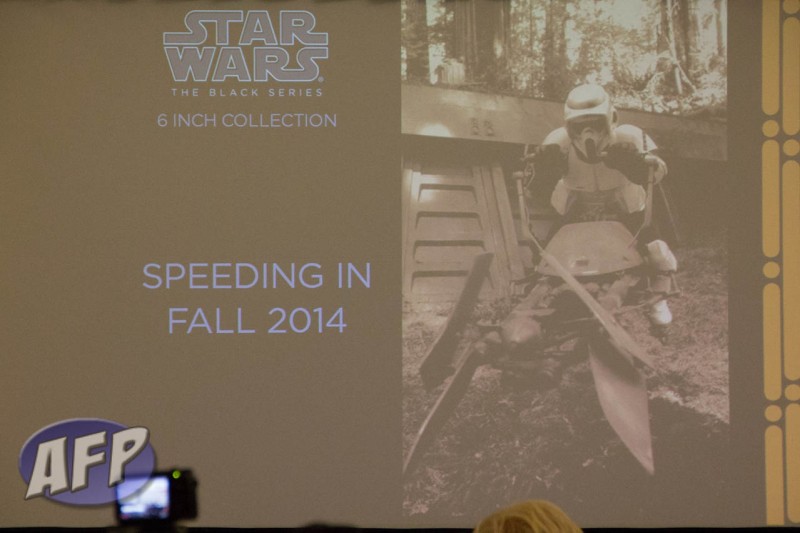 Hasbro held its panel for its Star Wars brand yesterday, and here’s the (not quite) complete video. Unfortunately, I missed a short portion in the middle of the panel with some camera problems – during the product discussion for the Star Wars Saga figures.

The panel opened with a preview of Angry Birds Star Wars 2 and the introduction of new Birds figures that interact with the game. It was followed by what I was waiting for, the reveal of upcoming Star Wars Black Series 6-inch figures. Han shot first!