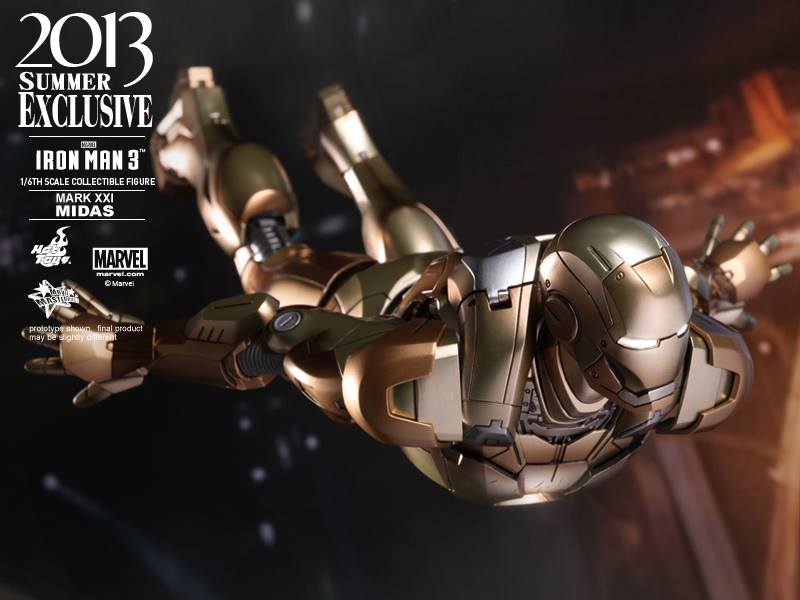 The Iron Man franchise is the Arc Reactor powering Hot Toys. For some reason I thought that the Silver Centurion was the last of the armors from Iron Man 3 to make it to figure form – but there’s more. The Mark XXI Midas may just look like a repainted Mark VII, but folks claim that it’s a legit armor from the “Why didn’t Tony Stark do this against the Chitauri in the Avengers?” scene from Iron Man 3. I honestly couldn’t tell you – between the 3D and my old eyes, that fight was just a big metal blur.

According to Hot Toys, Midas will first be available in Asia, with other geographies TBD. Since it bears the “Summer Exclusive” tag, I think if it does get offered in the States, Sideshow is the likely outlet for this limited Hot Toys Midas release.

As seen in the highly popular Iron Man 3, Aldrich Killian and his Extremis soldiers were no weaklings and Tony Stark needed to take them on with his legion of new suits to avenge for his dearest friend and rescue his girlfriend.