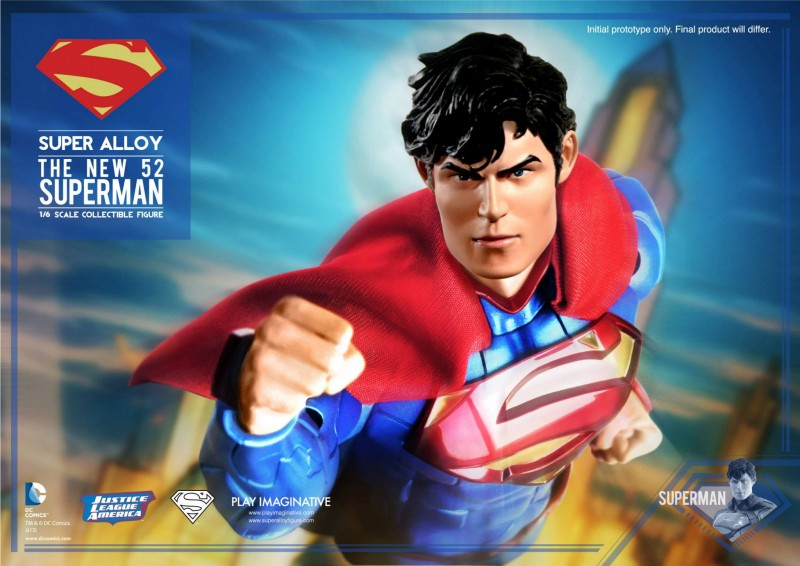 I saw the 1/6 scale Super Alloy Superman from Play Imaginative at SDCC – as much as I’ve disliked the New 52 costumes in the comics, somehow this figure grabbed my attention. Perhaps it was because with Batman already released and Green Lantern and more on the way, this will be a way to collect a comic-based Justice League of America in 1/6 scale with the kind of detail and quality I’ve grown accustomed to with Hot Toys.

This regular edition is the same as the event exclusive edition, minus the third head sculpt (with angry expression and heat vision eyes without flames) and three Kryptonian crystals that fit in the Fortress base. But you can actually get the event exclusive Super Alloy Superman at Yes Anime – they’re Play Imaginative’s distributor in the US.

The 1/6 Scale Super Alloy The New 52 Superman Collectible Figure, based on The New 52 comics, is fully articulated with interchangeable parts and accessories, and is made of more than 80% die-cast metal material. 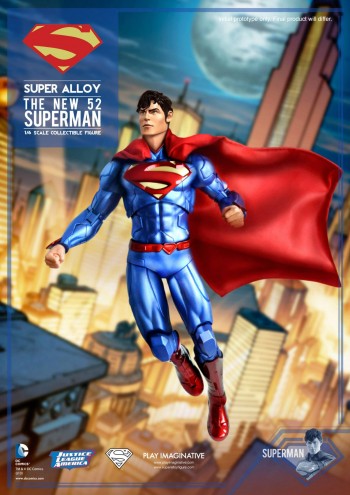 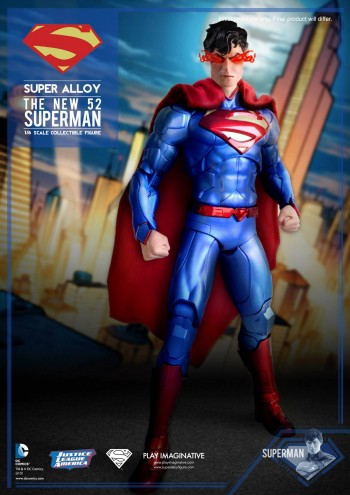 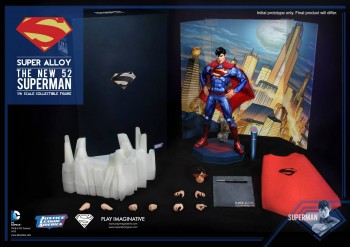