The taco truck 6-pack has been sold out since going on sale at HasbroToyShop.com shortly after San Diego Comic-Con wrapped up, but you still have a shot to win the Marvel Universe Deadpool Corps 6-pack in this special AFP Free Stuff Giveaway. It’s easy to enter, but time is running out. You’ve got until this Friday, 8/16, at Noon PST.

And Hasbro, what is it with the tacos? Everyone knows Deadpool loves chimichangas! 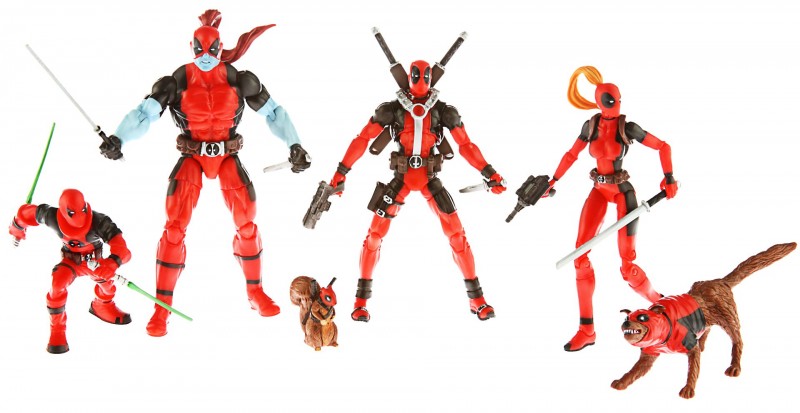 Love your tacos and burritos! This El Guero Taqueria Exclusive Figure Set includes Deadpool, Lady Deadpool, Kidpool, Dogpool, Squirrelpool and Champion Of The Universe figures for a spectacular, mind-bending taco time! Each figure is a version of Deadpool himself from an alternate universe and together they’re going to save the world from mind-chowing alien forces! Don’t miss out on this incredible exclusive El Guero Taqueria set!

Includes 6 Deadpool Corps figures. Ages 4 and up. Hasbro and all related terms are trademarks of Hasbro.