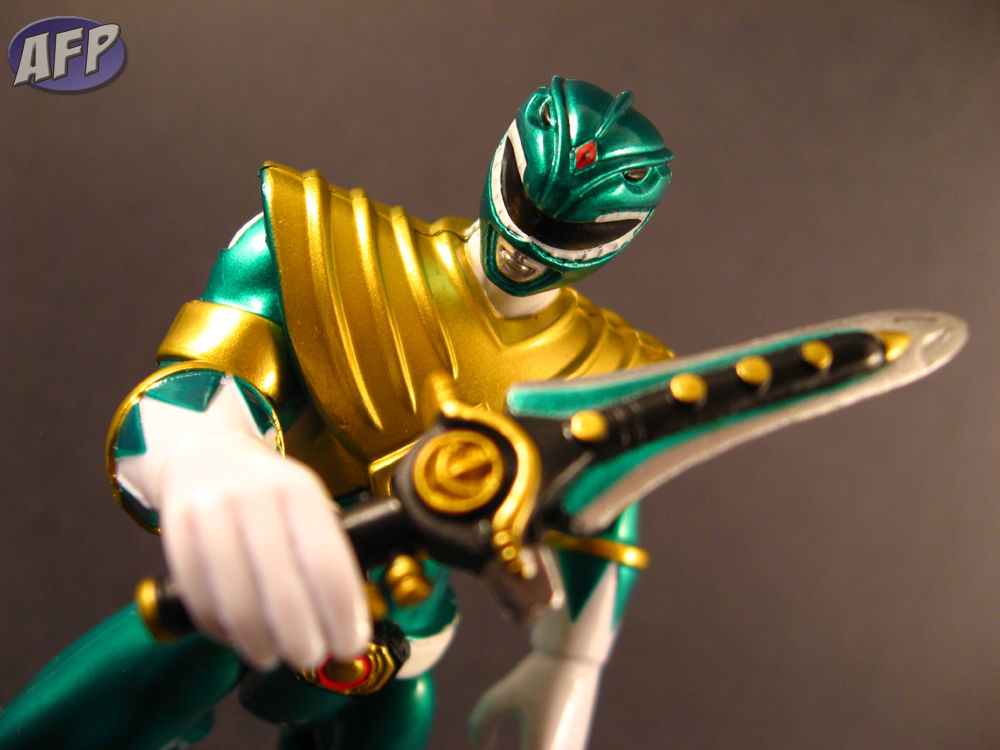 This year at San Diego Comic Con, Bandai surprised Power Ranger collectors with 3 exclusives to celebrate the 20th anniversary of Power Rangers in the US. One of these exclusives was the Green Dragon Ranger with Tribal Power Coin. 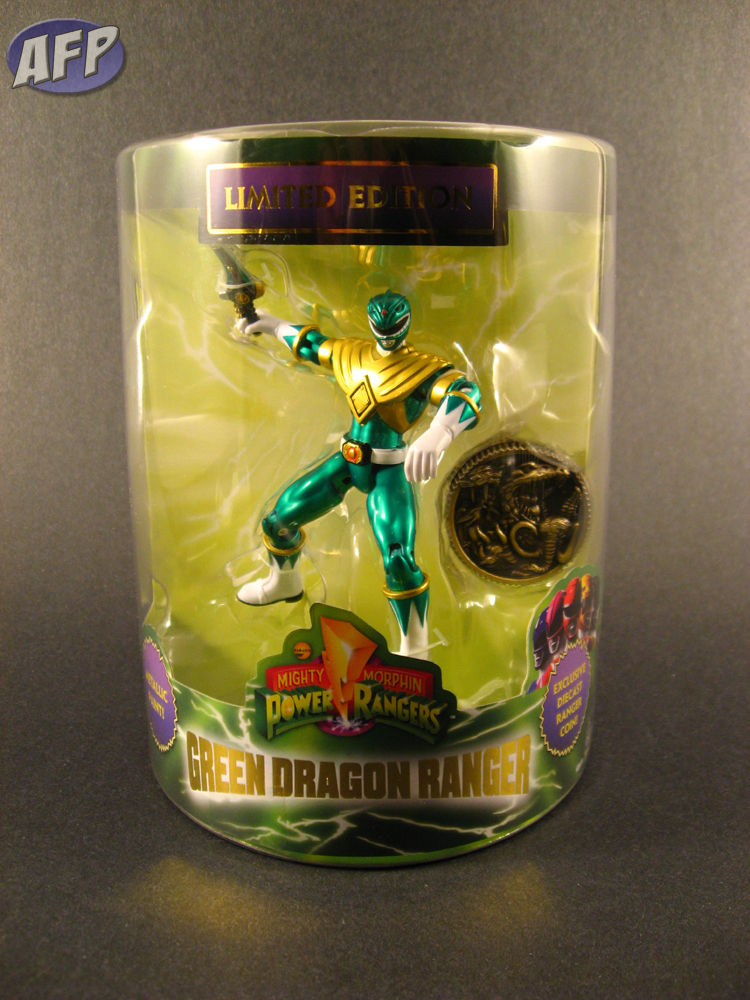 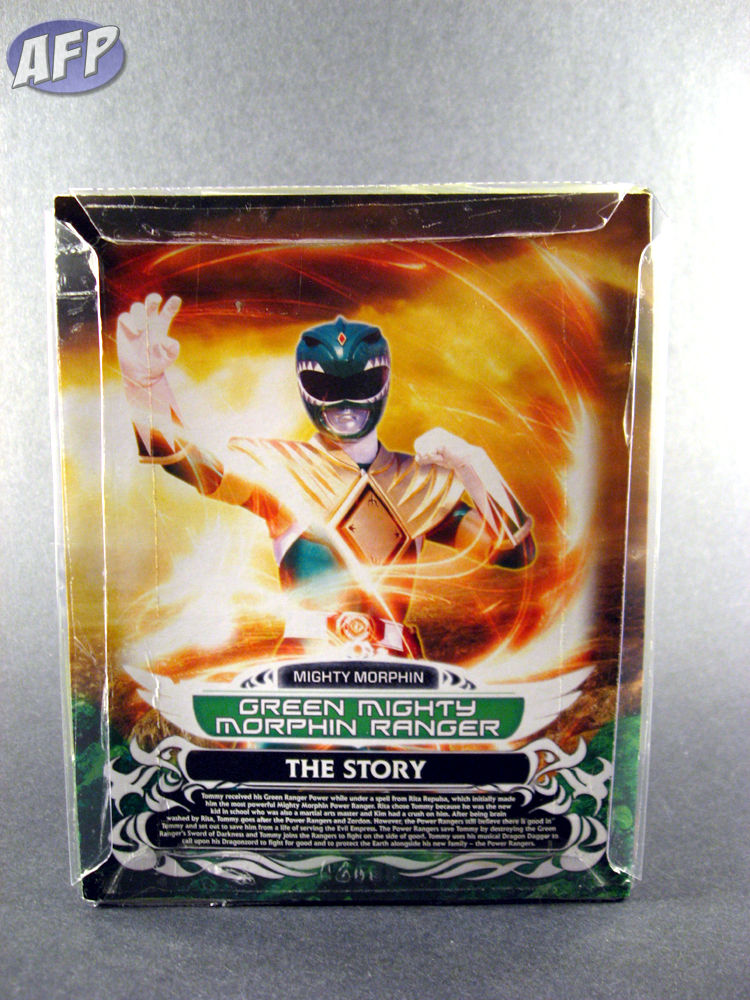 This is simply a repaint and repackaging of the 2010 Green Ranger figure. The main attraction to this set is the exclusive Legacy Morpher Tribal Power Coin. This coin is not included in any other set as of yet, and is a much desired design. The coin is made of metal like the other coins made for the Legacy Morpher.

The packaging for this release is cool, as is most SDCC packaging, but it is hardly collector friendly. The back is taped and almost everything inside is either taped or held in place somehow. This would look best as a display piece in the package honestly. The cardback resembles the Action Card Game card designs we have seen recently from Bandai. 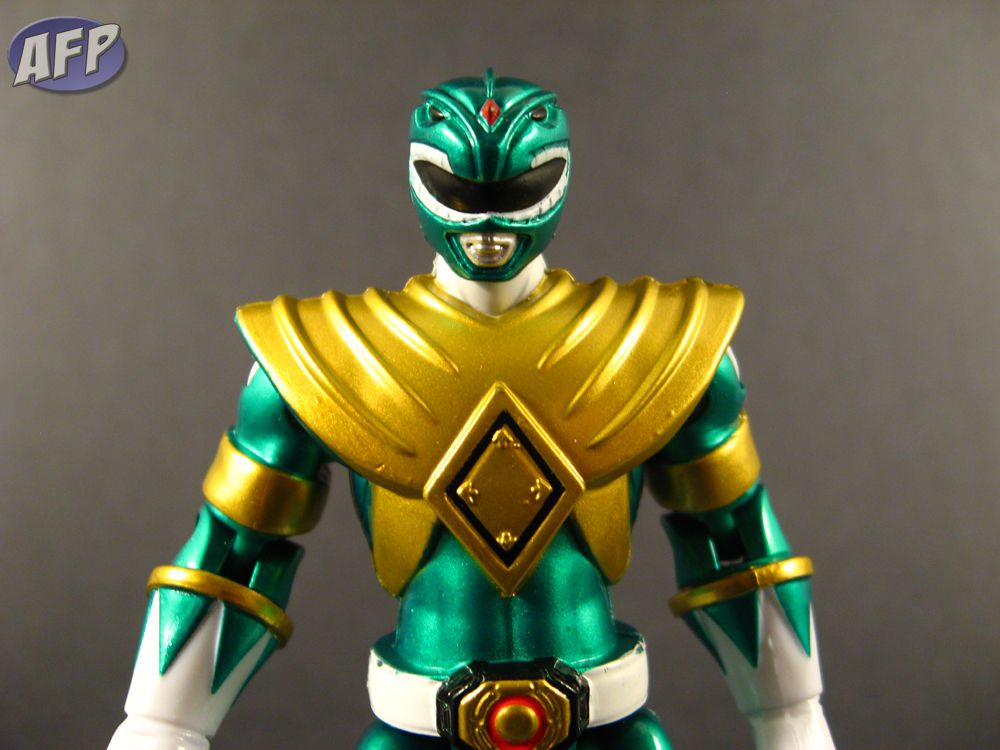 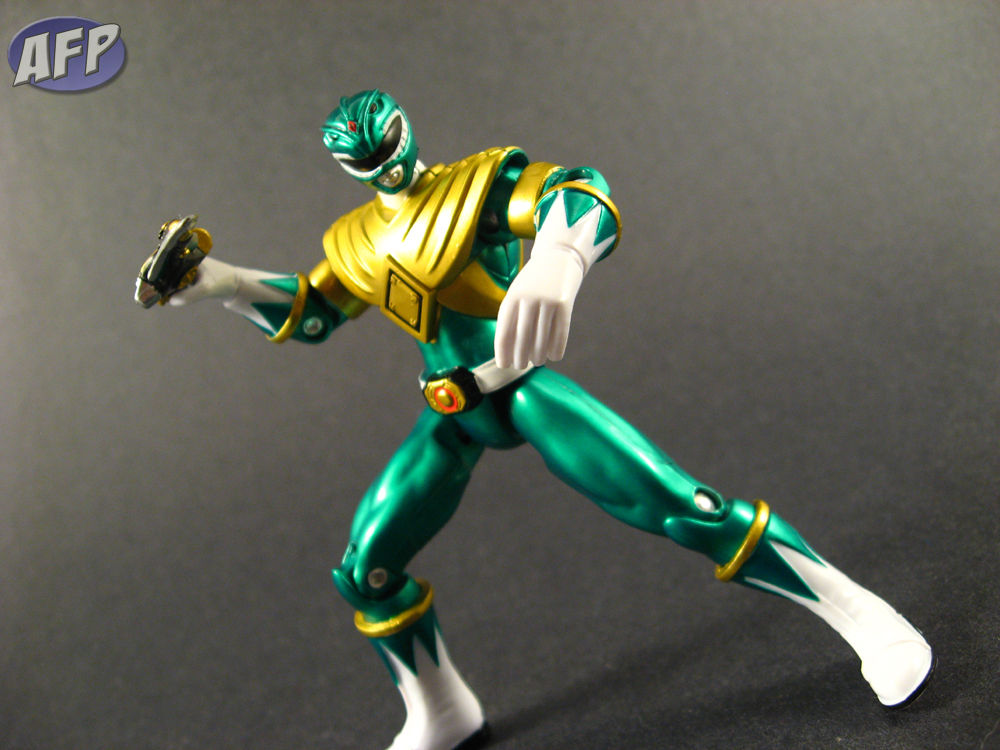 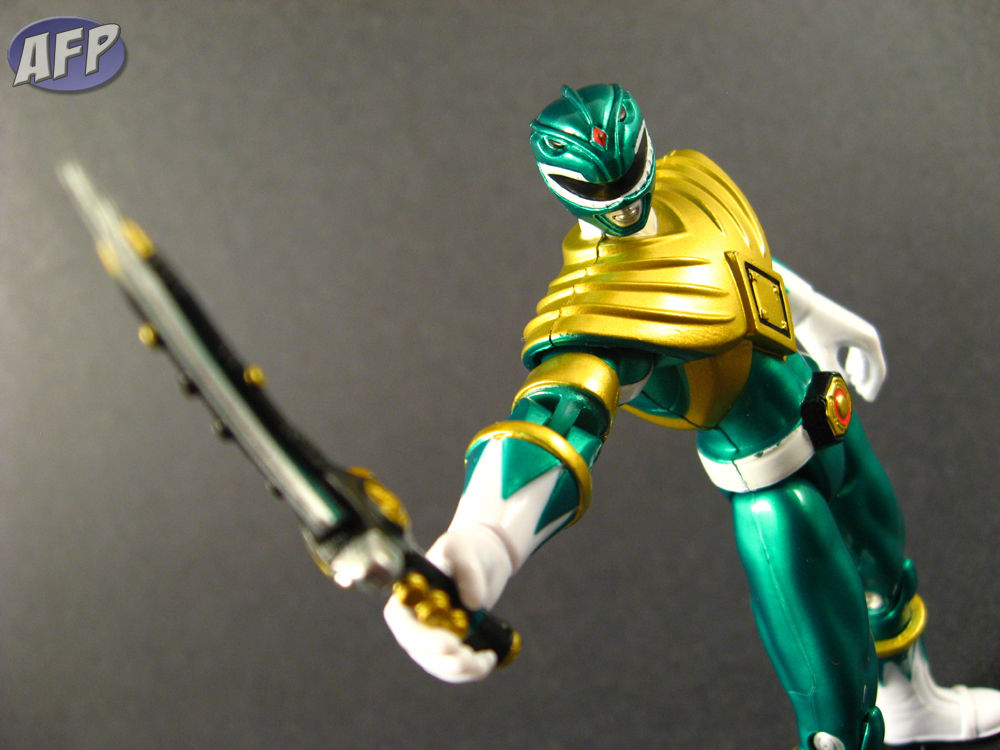 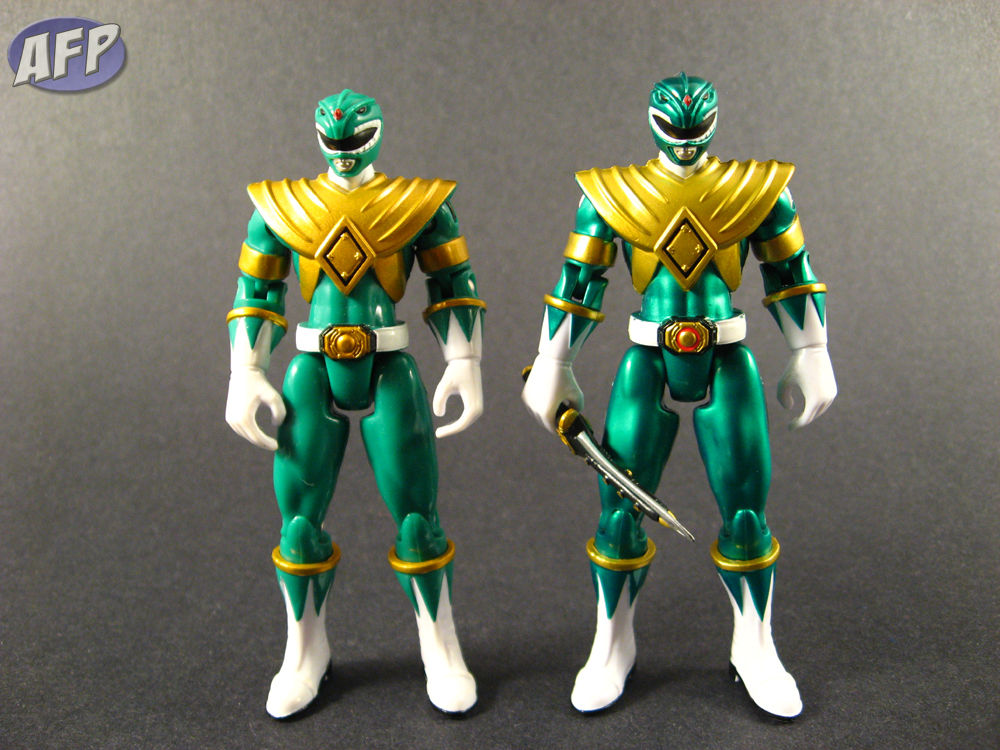 The figure is now painted with a metallic paint and has a few more paint applications than the 2010 version, mainly in the Dragon Dagger accessory. The paint work on the dagger is amazing for this scale. Other than that, the figure is identical to the 2010 release. This was never an amazing figure to start with, as the sculpt is a bit exaggerated and the articulation is decent, but the new paint job does help.

If you already have the 2010 version, this figure is a pretty easy pass. However, if you have the new Legacy Morpher and want to have another great coin for it, I would suggest tracking this set down. 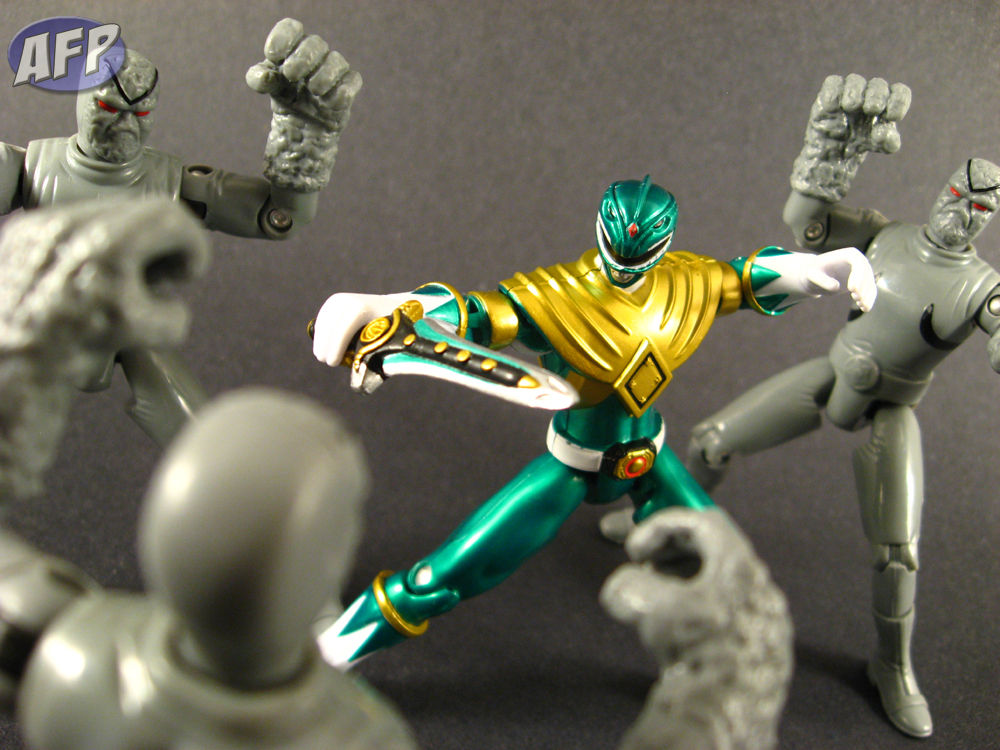 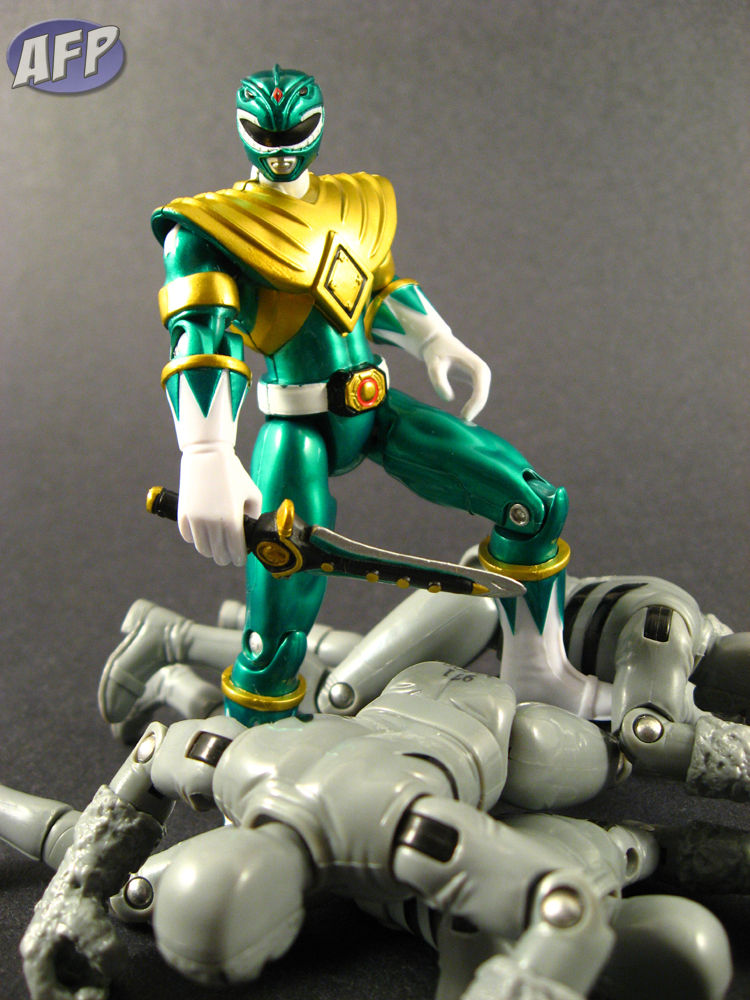 A special thanks to Ron and TSR for helping me get this figure.