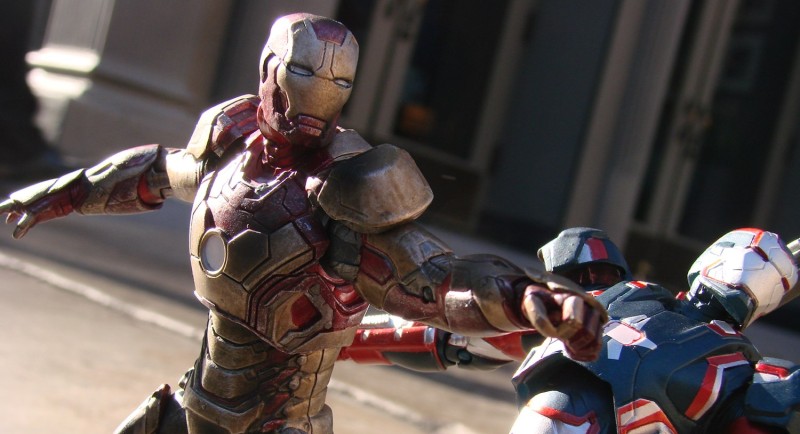 It’s got to be such a fun job, getting to take pictures of Marvel Select figures on the streets of (I presume) New York City. DST posted new shots of the exclusive battle-damaged Mark 42 Iron Man and the Iron Patriot on the Art Asylum blog. These two are on sale at the MarvelStore.com and DisneyStore.com. Go get them!

By now, everyone is probably enjoying their copy of Iron Man 3 on DVD or Blu-Ray, as well as enjoying their two Marvel Select action figures based on the film. You wouldn’t think things could get much more enjoyable than that, but they just did! The two Disney Store-exclusive Iron Man 3 Marvel Select figures are in stores now, as well as on DisneyStore.com and MarvelStore.com! The 7-inch-scale figures of Iron Patriot and Battle Damaged Iron Man Mark 42 each come with an interchangeable unmasked head and a Hall of Armors display base, and Iron Man comes with extra hands, as well! Check out the photos of the figures in action, then pick them up today and complete your Iron Man 3 collection!