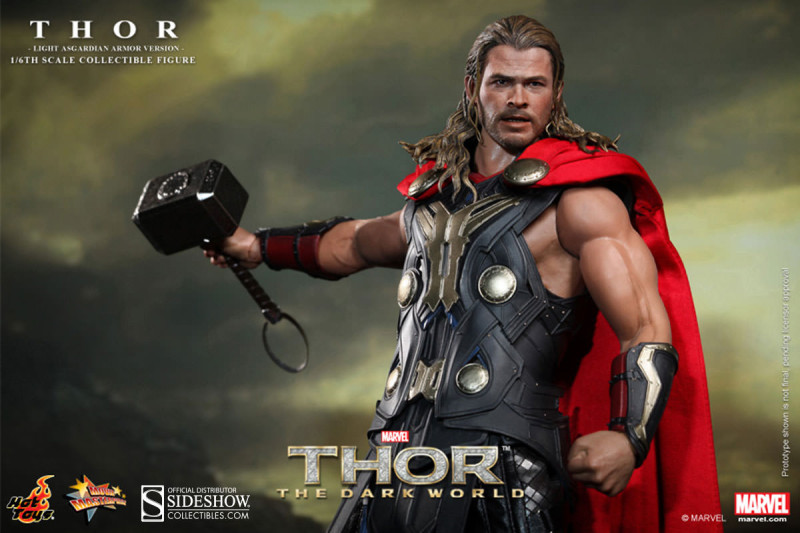 The second version of Thor: the Dark World from Hot Toys is a Sideshow exclusive. With this exclusive version, you forgo the black poncho that comes with the regular version. But if you want Thor in his un-armored look, without the scale mail on his arms and torso, then this is the version for you. The Sideshow version also comes with a more detailed rock base, versus the plain base on the other one.

The Asgardian Light Armor version of Thor is available to pre-order exclusively from Sideshow. It’s $229.99, like the regular version, and is also due out in September next year.

Sideshow Collectibles and Hot Toys are proud to present the Thor – Asgardian Light Armor Version Sixth Scale Collectible Figure in celebration of the highly anticipated film Thor: The Dark World! The movie-accurate collectible is specially crafted on the image of Chris Hemsworth as the mighty son of Asgard and features a newly developed head sculpt, muscular body, highly detailed costume, weapon, and accessories.

What’s in the Box?