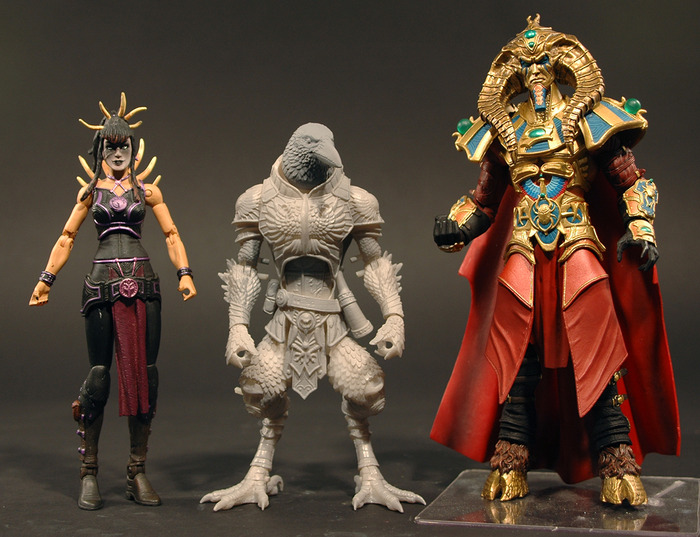 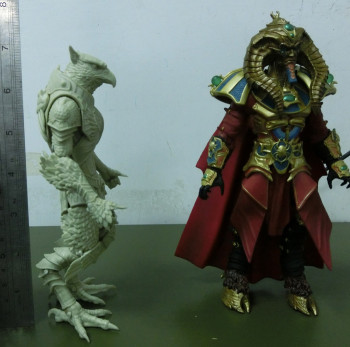 The Four Horsemen have provided a couple of updates on the size issue they revealed when they shared pics of rough samples of their Kickstarter-funded Gothitropolis Ravens. Apparently, the cause was some lack of clarity on how the figures are intended to mimic actual bird anatomy. The Horsemen had provided height specifications for the figures based on how real birds stand – with legs bent. The factory produced the first samples with the legs fully extended – so when the legs were bent as intended, the size issue comes into play.

The good news is that the factory has already re-sized the figures. But the flip side is that some clean-up is required on the details on the new ones. The Ravens were originally estimated to be delivered in the March timeframe. There will almost certainly be some delay because of the size issue, but the Horsemen have not yet provided guidance on that. I’m happy to wait for a better quality product – I know they will deliver.

As with any action figure production runs, there are from time to time going to be issues that need to be rectified in order to produce the best quality figures possible. In this case, as we mentioned in Update #61, when we got the “fine cut” samples in for the Gothitropolis Raven figures, although the detail and proportions looked nearly flawless, there were some parts missing and the overall scale of the figure was a percentage smaller than we’d anticipated. We realized that the problem seemed to be that the height that the factory assumed the figure was supposed to be was based on the Raven’s legs being fully extended and straight rather than bent in a more bird-like fashion. Whatever the issue, we asked the factory to have this fixed before cutting the tooling for the production run because we don’t want to release a product that is inferior to what we’re known for doing in the past just because it’s smaller than it should’ve been. Below are some photos of that first “fine cut” figure showing some of the really nice detail, but also showing the height next to other figures in the same scale. Just slightly too small… 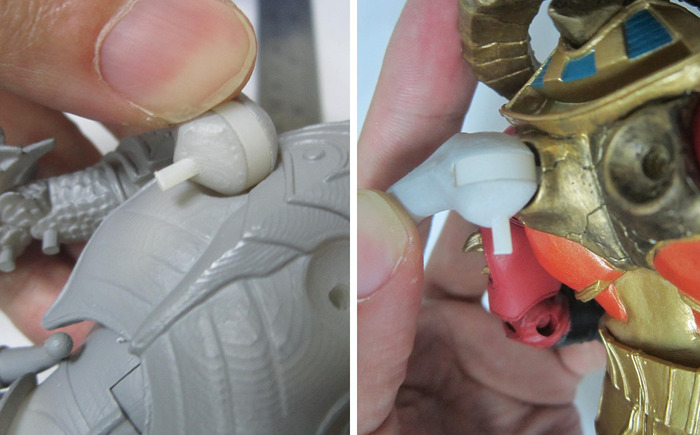 Wings will connect to both the Raven and Scarabus figures. 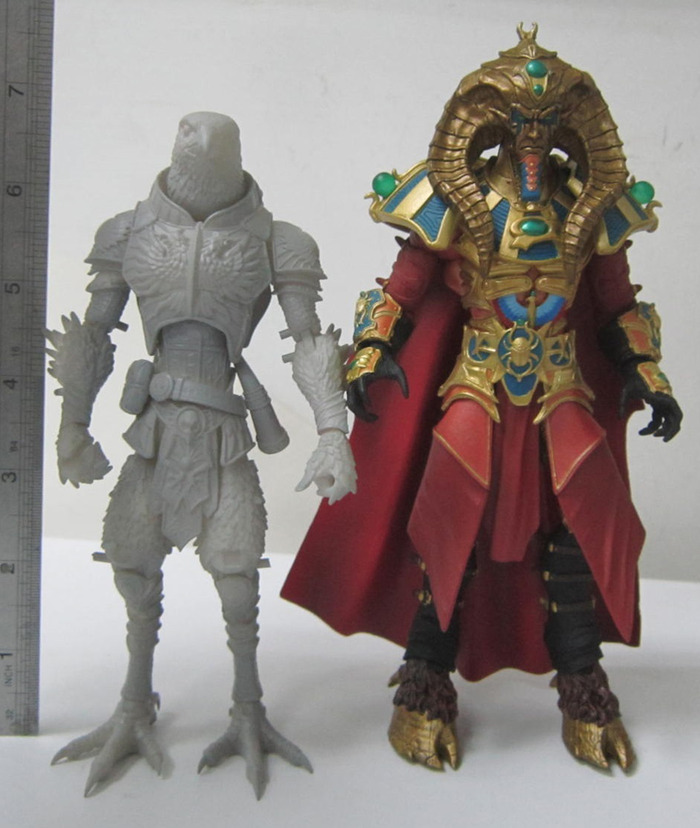 Legs fully extended. The Raven should be this tall with his legs bent. Tooooo short. 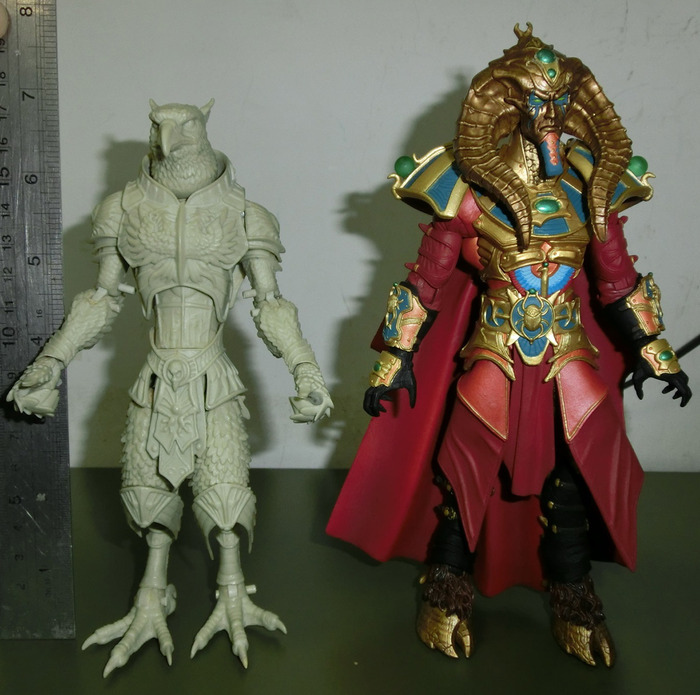 The factory that’s producing the Gothitropolis Ravens figures for us forwarded photos of the newly sized up Raven figures. The scale and height are now correct, but as you can see from the new photos, there’s still a lot of tightening back up of the detail to be done. Right now everything looks a little muddy and there are new, unwanted details that weren’t there before while other original details are completely missing. Some of the details are just plain wrong. We were a little startled when we first saw this, but we’ve been assured that the nice, crisp detail will all be there again. This is only a quickly tooled model in order to show us the new scale. The problem with all of this is that even though we’re moving toward getting these awesome figures into your hands, having to make these alterations and corrections is taking a bit longer than we’d been told that it would. :-/