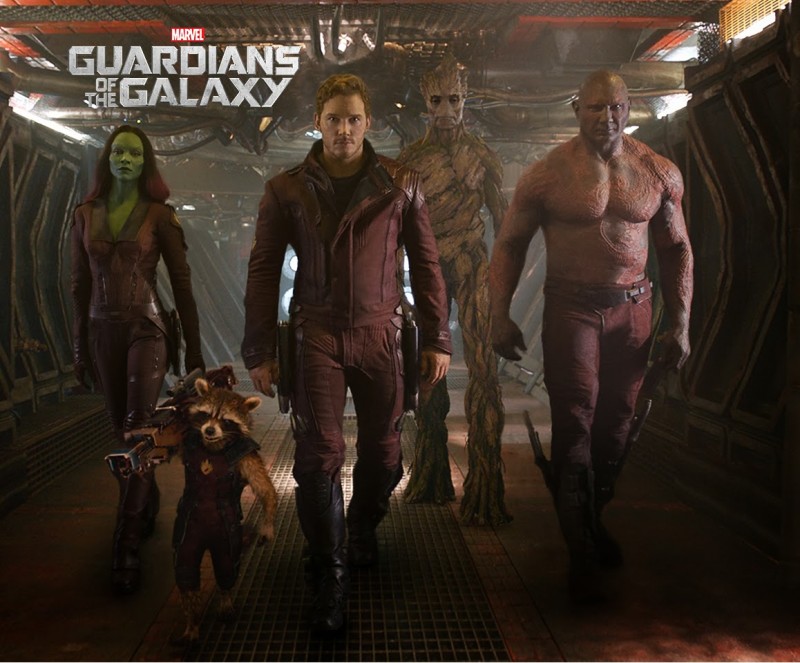 The Guardians of the Galaxy just got its first official trailer, and flark if it didn’t blow me away. It hits on all the right notes, evoking Indiana Jones (Raiders Indy, not Crystal Skull Indy), Firefly, and even a little bit of the Usual Suspects. I think Marvel has nailed it with its casting again (why can’t Warner Brothers figure it out for DC?), and if this is a smash, Chris Pratt should be catapulted into RDJ heights of stardom. But make no mistake, I think Rocket Raccoon will steal every scene in this movie – both kids and adults will love him.

WATCH THE FIRST TRAILER FOR MARVEL’S GUARDIANS OF THE GALAXY

Get your first look at the spacefaring adventure in Marvel’s ‘Guardians of the Galaxy,’ coming to theaters August 1!

The first trailer for Marvel’s “Guardians of the Galaxy” has finally arrived following its premiere on ABC’s “Jimmy Kimmel Live,” and now you can watch it again and again!

Replay all the action directly above, then check out our full gallery of 15 new images from the film directly below for a better look at Chris Pratt as Star-Lord, Zoe Saldana as Gamora, Dave Bautista as Drax, Karen Gillan as Nebula, Benicio Del Toro as the Collector and much more!

From Marvel, the studio that brought you the global blockbuster franchises of Iron Man, Thor, Captain America and The Avengers, comes a new team–the Guardians of the Galaxy. An action-packed, epic space adventure, Marvel’s “Guardians of the Galaxy” expands the Marvel Cinematic Universe into the cosmos, where brash adventurer Peter Quill finds himself the object of an unrelenting bounty hunt after stealing a mysterious orb coveted by Ronan, a powerful villain with ambitions that threaten the entire universe. To evade the ever-persistent Ronan, Quill is forced into an uneasy truce with a quartet of disparate misfits–Rocket, a gun-toting raccoon; Groot, a tree-like humanoid; the deadly and enigmatic Gamora; and the revenge-driven Drax the Destroyer. But when Quill discovers the true power of the orb and the menace it poses to the cosmos, he must do his best to rally his ragtag rivals for a last, desperate stand–with the galaxy’s fate in the balance.

James Gunn is the director of the film with Kevin Feige producing, and Louis D’Esposito, Victoria Alonso, Jeremy Latcham, Alan Fine and Stan Lee serve as executive producers. The story is by Nicole Perlman and James Gunn, with screenplay by James Gunn. Marvel’s “Guardians of the Galaxy” releases in U.S. theaters on August 1, 2014.

In addition to “Guardians of the Galaxy,” Marvel Studios will release a slate of films based on the Marvel characters including “Captain America: The Winter Soldier” on April 4, 2014; “Avengers: Age of Ultron” on May 1, 2015; and “Ant-Man” on July 17, 2015.

via Watch the First Trailer For Marvel’s Guardians of the Galaxy | News | Marvel.com.