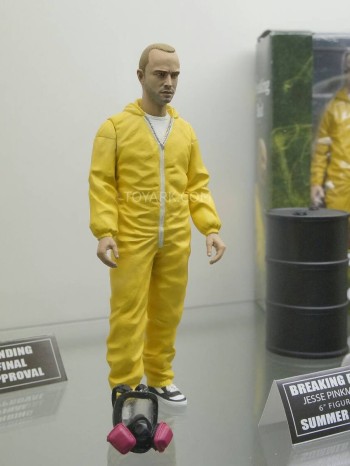 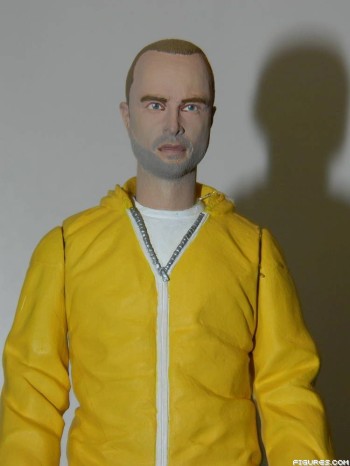 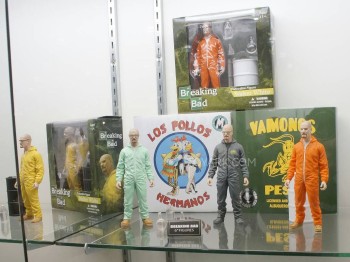 There’s lots of characters I’d like to see in a Breaking Bad action figure line, but at the heart of the show, it was Walter White and Jesse Pinkman. Mezco has made a few figures of Walt / Heisenberg, but it wasn’t until this Toy Fair that they revealed Pinkman in action figure format (they’ve had him in their bobble-head and plush line-ups previously).

While I think they pretty much nailed it on Walt, the Jesse Pinkman head sculpt is a bit off, particularly under the harsh lights of a camera flash; I think it could use some more tweaking. Meanwhile, Mezco is going to leverage the crap out of that Walter White lab suit sculpt, releasing it in every possible color variant from the show. They’ll also be making 12-inch figures of the duo in their lab suits – although I wonder if it’s just terminology for the license, because the 6-inch figures of Walt have no articulation. Are those shoulder swivels on Pinkman?

One thought on “Toy Fair 2014: Finally, a Breaking Bad Jesse Pinkman from Mezco”