Limited edition made in collaboration with Go Hero, Executive Replicas, and Phicen 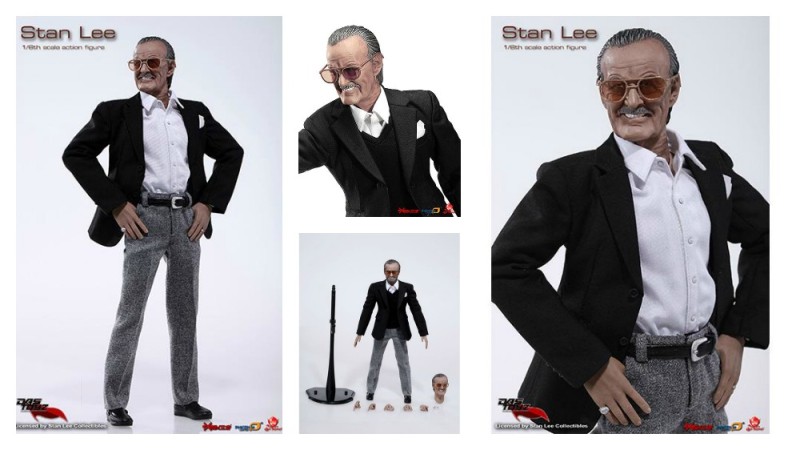 Long-time fans of Marvel Legends may remember that Stan “The Man” Lee got his own San Diego Comic-Con exclusive Marvel Legends figure back in 2007. Now, the comic book icon is getting a figure in the 1/6 or 12-inch scale, from newcomer Das Toyz. He can stand among the rest of your Marvel heroes and villains from your Hot Toys and (soon) Sideshow collections – many of whom he had a hand in creating.

With a very limited release of 1,000 figures, he won’t be cheap – you can pre-order Stan Lee from BigBadToyStore or Go Hero for $249.99. But he will come with two interchangeable heads (one current, one from the 70s, when he sported a beard), four pairs of hands, and various accessories, like his trademark specs and pinky ring.

And oddly enough, if you’re looking for that Legends figure of Stan Lee – his 6-inch version going for nearly as much as the bigger one in the aftermarket. Check out these Marvel Legends Stan Lee listings on eBay and Amazon.