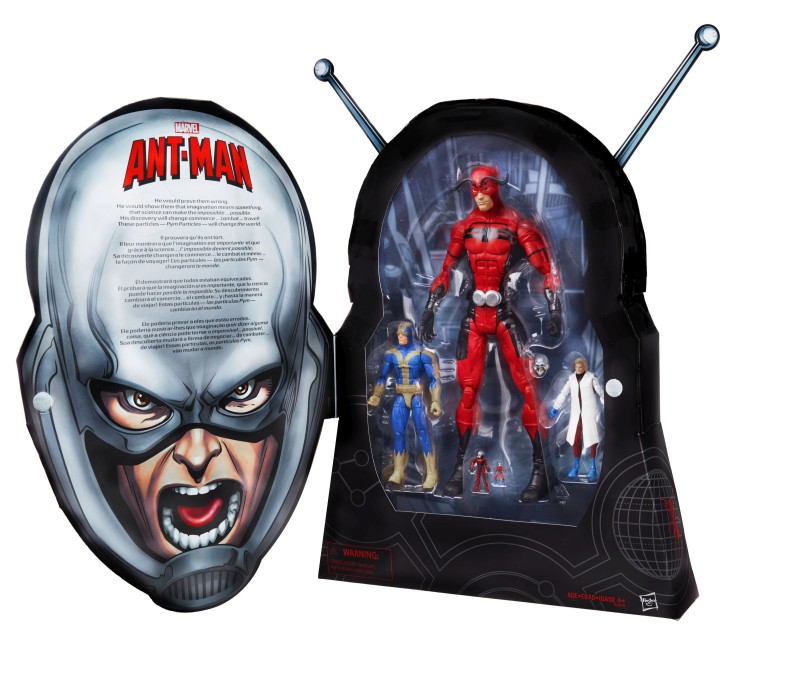 I am at the airport, so excuse any typos. Hasbro has just revealed more Marvel exclusives for San Diego Comic-Con, for the upcoming Ant-Man movie. The pair of exclusives feature a multi-pack of Ant-Men, presumably in scale with Marvel Universe figures (but with a size-changer, does it matter?) and a very cool tiny Ant-Man that comes packaged in a Pym-branded matchbook.

MARVEL’S ANT-MAN 0.75” Mini Action Figure
(Ages 4 years & up/Approx. Retail Price: $9.99/Available through HasbroToyShop.com or Booth #3213 at Comic-Con International in San Diego)
Get ready to root for the little guy! Hasbro’s smallest ever Marvel action figure the hero from the hotly anticipated film MARVEL’S ANT-MAN is only 0.75 inches tall — that’s smaller than a penny (or a really big ant)! This movie-accurate, non-articulated mini-figure comes in special packaging designed to mimic a matchbook. The matchbox tray slides out to reveal the figure in an ANT-MAN-sized blister card. Following the convention, a limited number will be available on HasbroToyShop.com.