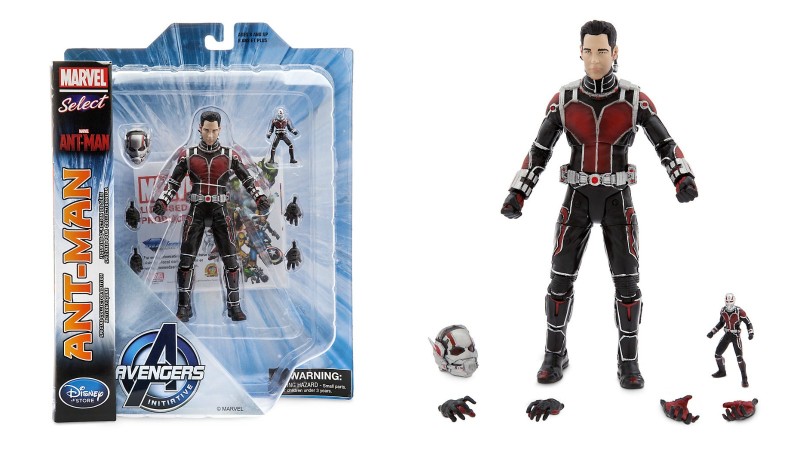 We’re three weeks away from the opening of Ant-Man, and the hype machine is in full effect with a ton of media coverage, including a fourth TV spot, “Become the Hero.”  And while we’ve seen a bunch of Ant-Man toys up for pre-order, we haven’t seen one with Paul Rudd’s likeness on it – until now.

The unmasked version of the Marvel Select Ant-Man is available to pre-order now. Like the more widespread release, the 7-inch figure will come with his masked head, 3 pairs of interchangeable hands, and a 1.5-inch Ant-Man, but the unmasked Paul Rudd head will be exclusive to Marvel / Disney stores and will be featured on the figure in package. And bonus – it’s due to be released by the movie opening date of July 17.