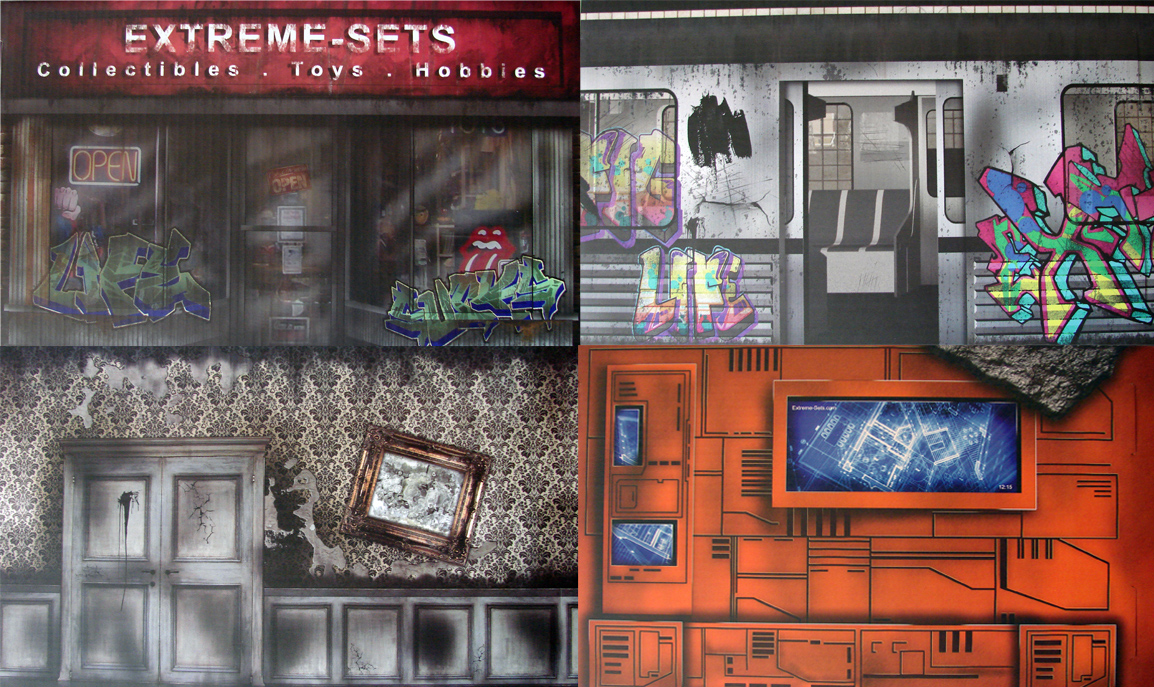 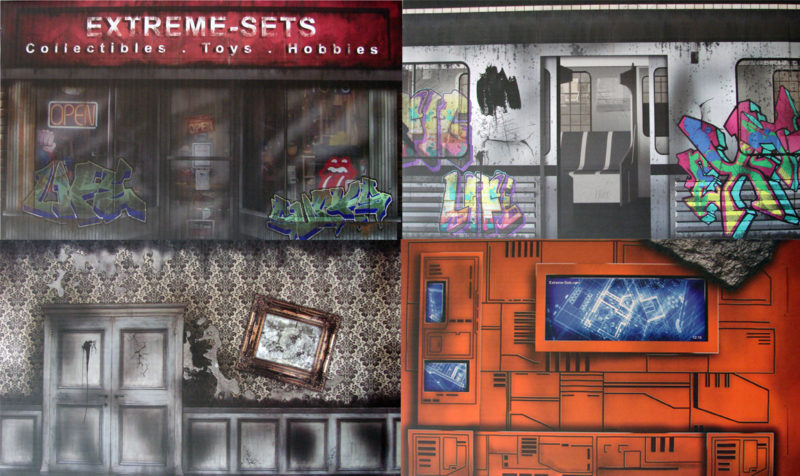 Hey what’s up? It’s Bill the action figure comics guy here. I just got my hands on the Extreme Sets Multiverse Collection Series 2 dioramas, and I must say I am very impressed (and very happy) with all of them. Now, as some of you may or may not know, I’ve been doing full length comics using action figures for about 900 years, (or maybe it’s more like 15-years), and I must say if Extreme Sets had been around back when I started it would have made my life a whole lot easier (and my comics look a whole lot better).

Now for those who are not familiar with Extreme Sets, they are connectable and interchangeable dioramas designed to be used with 6-7 inch scale action figures. All the sets are highly detailed and made of sturdy cardboard. Each set comes with several large background panels that can be connected together in a variety of ways to create huge environments for your action figures to interact in. Aside from the background panels all the sets also come with cool 3D accessories to further enhance the environment. For example the Abandoned House comes with a 3D book shelf, and the Control Center comes with a 3D control panel, etc. The accessories are a very nice addition and really add to the overall fun factor.

At first I was concerned about Extreme Sets cardboard construction, thinking it would not be durable enough. But then I remembered that I have plenty of cardboard comic boxes (full of comics) in my closet that I have had for 25 years or more and they are still holding up just fine. I mean, as long as you take care of them and don’t step on them, or fall on them, or take them in the shower with you, your Extreme Sets should hold up pretty well for years. And once I got one of the sets in hand I could see for myself that they are made of very sturdy cardboard. 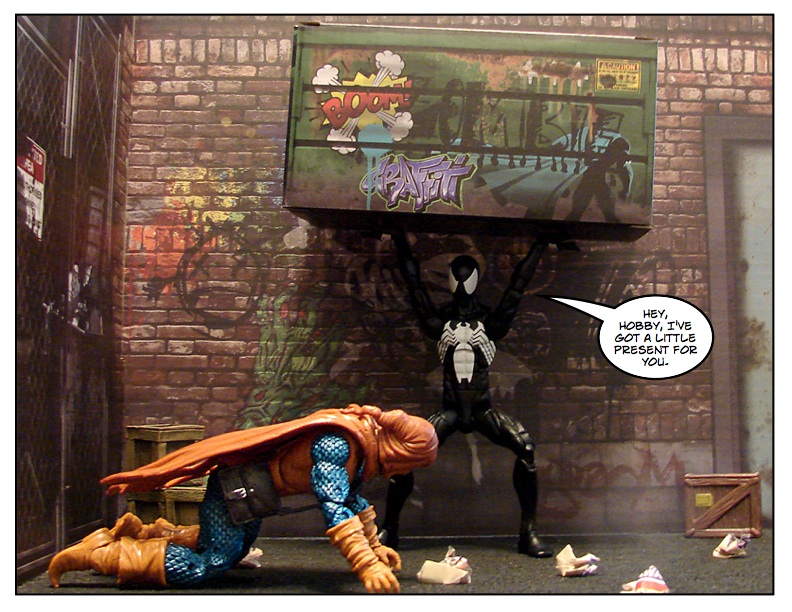 Personally I very much like the light weight nature of the sets. It makes it very easy to store and to move them around. Plus it also allows my action figures to display amazing feats of strength by lifting dumpsters or large crates over their heads with ease. This was never possible (or at least it was very difficult to do) with many of the heavier plastic items that I have used in the past. Action figure joints can’t really hold a lot of weight. Hey, Spider-Man may be able to lift a car in the comics, but your Spidey Marvel Legend will pretty much collapse under the weight of a big plastic toy dumpster. (Trust me, I’ve seen it happen. Oh the horror!).

Well, now that you’ve read all of my scintillating exposition explaining what Extreme Sets are (you did read it all, right?), let’s talk about the individual Series 2 sets themselves.

First up we have the SUBWAY TERMINAL. Now at first this may seem like kind of an odd environment for action figures, until you remember all the cool action movie scenes that have taken place in subway terminals. Such as the fight between Neo and Mr. Smith at the end of the first Matrix. Or the scene near the beginning of the Ben Affleck Daredevil movie, “Hear that sound? That’s the C-Train!” Yeesh. (Note to Fox Films, DD does not kill people). Anyway, this set is awesome, and just really well done. If you get in tight with the camera it looks very realistic. And it comes with two really cool pillar accessories for bad guys to hide behind and lay in wait to ambush your heroes.

Next up is the CONTROL CENTER. When I first saw the photos of this set I was a little turned off by the bright orange coloring, but in-hand it is insanely cool. I have been wanting something like this for years!! I can think of at least a hundred uses for this one. For example, it will work great for a team headquarters for groups like The Avengers, The Fantastic Four, or The Justice League, etc. Or it would make an awesome S.H.I.E.L.D. base, or if villains are your thing, it would be perfect for a Hydra base (those green uniforms really stand out against those orange walls), or an A.I.M. laboratory, or Lex Luthor’s underground lair, or whatever your imagination comes up with. A definite must have.

And last, but certainly not least is THE BUILDING! This one is pretty much self explanatory. It’s a building. A massive 2-story building. When assembled, this thing stands 18-inches tall! It also has a really awesome sunken rooftop, complete with a 3D doorway accessory. The set can either be used fully assembled as a building, or it can be unfolded and turned into an alley. This is another one I wanted on sight. A set with nearly limitless possibilities. The sunken rooftop makes this one especially appealing. Where does Batman meet with Commissioner Gordon to discuss the recent Arkham breakout? A rooftop. Where do Spider-Man and Daredevil get together to talk about taking down the Kingpin? A rooftop. Where does the Punisher bring a scumbag to dangle off a ledge until he squeals? Yep – a rooftop. So, if you are an avid action figure photographer, or if you just like playing with your toys, The Building is another must have for your collection.

To summarize, I would personally highly recommend getting any, or all, of the Extreme Sets Multiverse Collection Series 2. All four dioramas are winners with endless possibilities for cool set-ups with any action figures in the 6-7 inch scale. Now, if you’ll excuse me, I’m going to grab my camera and go play with my toys. Bill out.

Thanks to our good friends at Extreme Sets for providing sample products for review!