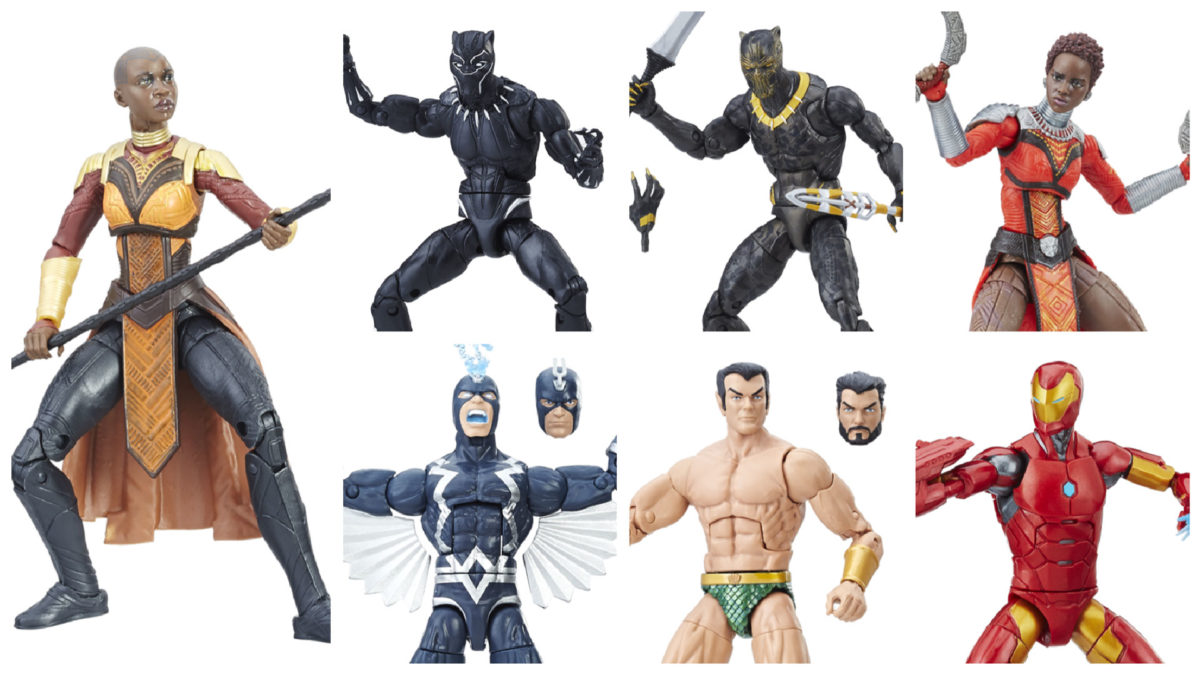 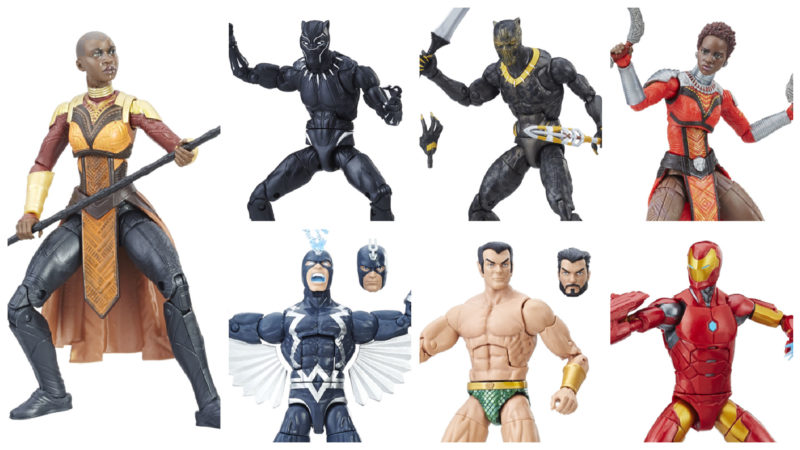 We’ve known about three of the figures from the wave – Black Bolt, Namor the Sub-Mariner, and the Invincible Iron Man – for a while now, and have just been waiting for Hasbro to reveal what we all presumed would be based on designs from the Black Panther movie. Hasbro did not disappoint!

Okoye’s parts are split across five figures. Black Panther gets Okoye’s head. Nakia has her torso and spear. Namor has her arms. And Black Bolt and Killmonger each have a leg. Iron Man, who will ship with an alternate Tony Stark head, doesn’t look to include any BAF parts in his package.

Fans can create a legendary kingdom with this LEGENDS SERIES assortment! Each figure features intricate deco and premium articulation in 6-inch scale, as well as a different Build-A-Figure piece. Collect all the figures in the wave to complete the impressive OKOYE Build-A-Figure. Includes characters from the comic books and BLACK PANTHER movie, such as BLACK PANTHER, ERIK KILLMONGER, and NAKIA. Each figure sold separately. Available at most major retailers and on HasbroToyShop.com.