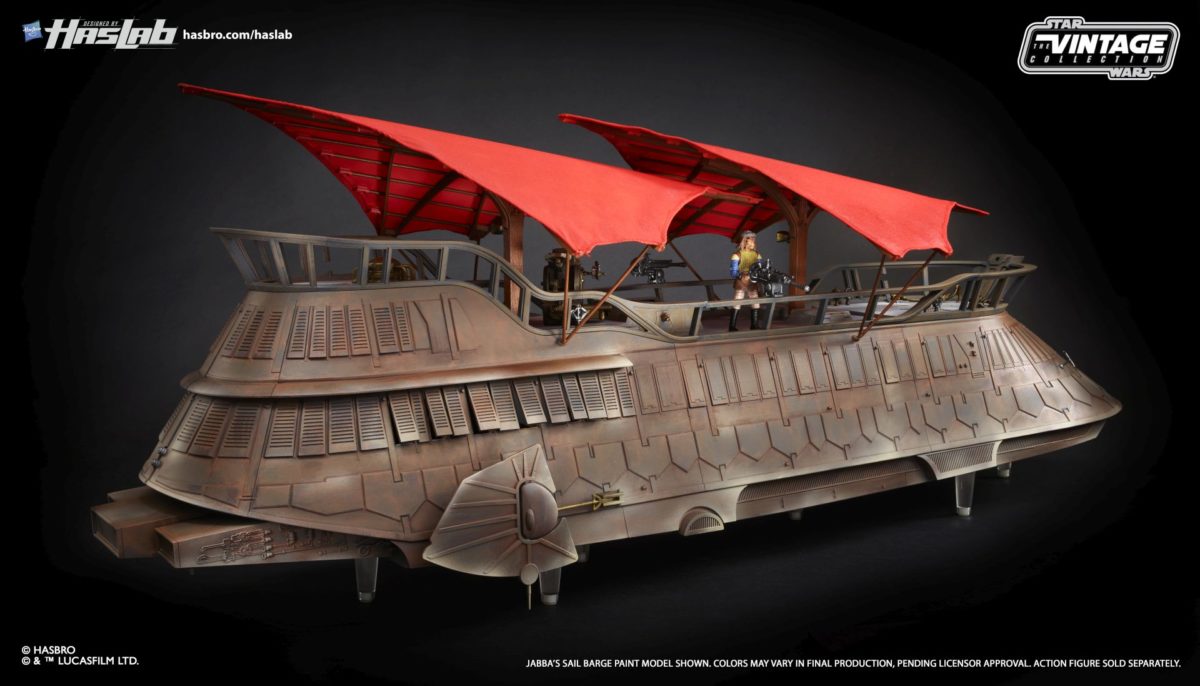 Hasbro has announced that an exclusive 3.75” Yakface figure from The Vintage Collection will be included with the Jabba’s Sail Barge (the Khetanna), their first item from HASLAB. This figure will come in exclusive Power of the Force card back packaging and have an exclusive coin, paying homage to its original release in 1985.

In addition, they’ve shared detailed pics and a timelapse video of the construction of the fully decoed Barge. With just under two weeks remaining to fund the development of the Barge, HASLAB is approaching 60% of the five thousand backers needed to move into production.

Visit Hasbro.com/HasLab to find out more information and pre-order the Khetanna!

HASLAB is Hasbro’s new platform that hopes to put dream products into the hands of fans. Measuring approximately 4ft long, this large scale, highly detailed item features premium deco and vintage packaging. An incredible addition to any collection, Jabba’s Sail Barge comes complete with exquisitely-detailed and fan accessible interior/exterior decks, a Jabba the Hutt 3.75-inch scale figure, two soft-cloth fabric sails, and other realistic features that mimic one of the most notorious vehicles in the Star Wars universe.