With the upcoming release of BioShock 2 this Tuesday, February 9th, let’s have a look at NECA’s BioShock 2: Big Sister and Little Sister 2-pack. Now I have to admit I never played the first game (I plan to though!), so I have no idea what BioShock’s story is, but when I saw these at my local Toys R’ Us, I couldn’t resist and I decided to pick this set up. The character designs just look too awesome to ignore! I was also curious about the articulation and I was hoping they weren’t going to be statues. I loved what NECA had done with Street Fighter and Ninja Gaiden’s Ryu Hayabusa in regards to articulation, and I was hoping they did the same to these figures.

Sculpt-wise, the figures looks great. The figures are very highly detailed, as what you can expect from NECA. Big Sister has some very well done texturing to differentiate the different materials that these ladies are made of. Little Sister has the same finely detailed sculpting, I was just staring at her bows and even they had texturing on them! 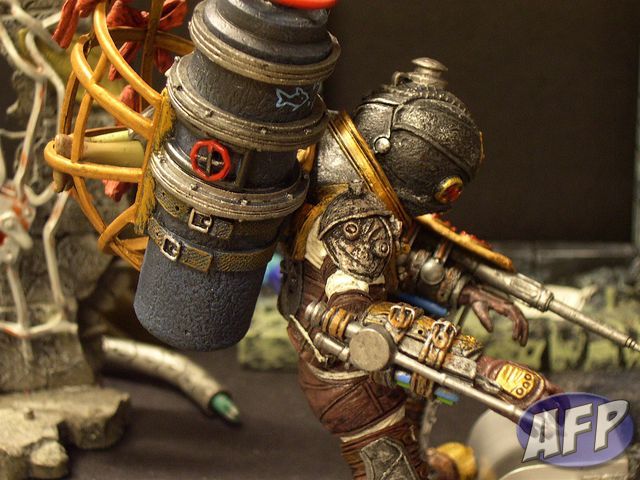 The paints also look very good as you can see in the pictures, very on par with the sculpting. Big Sister’s air (?) tank has some little drawings on it, and there are even 2 fishie drawings on the back of Big Sister’s head! (There’s an overhead pic in one of the thumbnail pics way below.) I love how small details like these add some story to the figure. 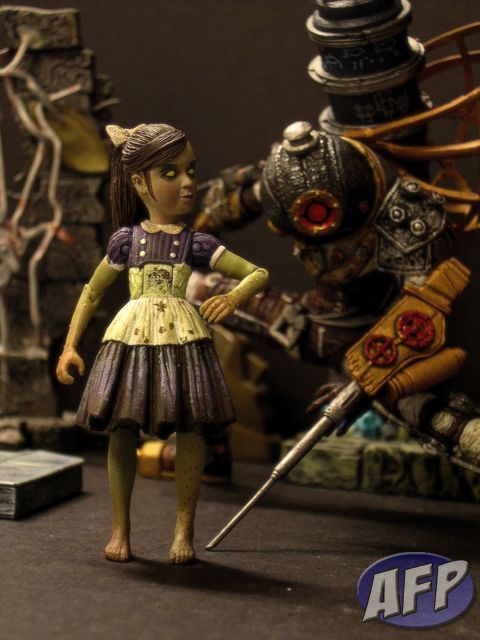 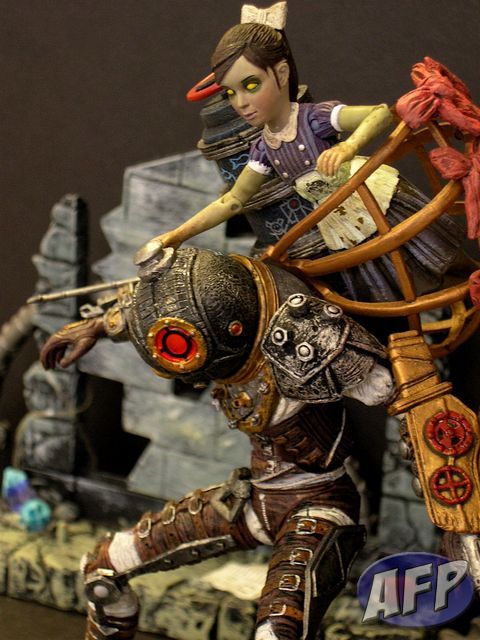 Little Sister’s skirt is made of soft plastic so you can move her legs. This is the same with Big Sister’s shoulder pads. Little Sister has a ball-jointed neck (which tilts pretty well), ball shoulders, bicep swivel cuts, and hinge elbows. She also has an ab crunch, v-style crotch and hinge knees. There’s not a lot of posing options below her waist. I couldn’t get her into a running or walking pose as her legs line up when you move them. Still I’m happy about the upper body articulation, especially the neck area. It adds a lot of personality when posing her.

The articulation on Big Sister is pretty well hidden, and I was surprised how many poses I got out of her. She has a ball jointed head, ball shoulders, hinge/swivel elbows and ball jointed wrists. She has an ab crunch, v-style crotch, thigh cuts which seem like they are on a ball joint, hinge knees, hinge ankles which also swivel around. The pictures will show the different poses I could get her to do. I usually dislike v-style crotch articulation, but I don’t mind it with this figure, as long as I can get her in different cool poses. A waist swivel would have added more posing options, the same with some bicep cuts. 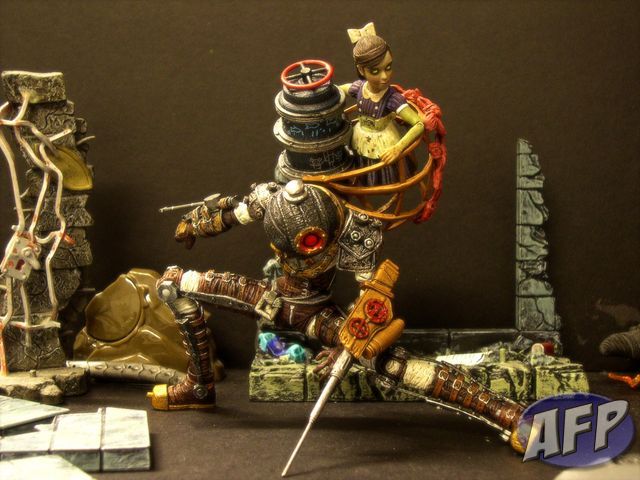 Overall a great set of figures! Even though I haven’t played the game, I really enjoyed this set and now feel the urge to pick up Big Daddy Bouncer and Subject Delta. The set cost $19.99 at TRU and I also saw a single Big Sister for $13.99. That’s it! 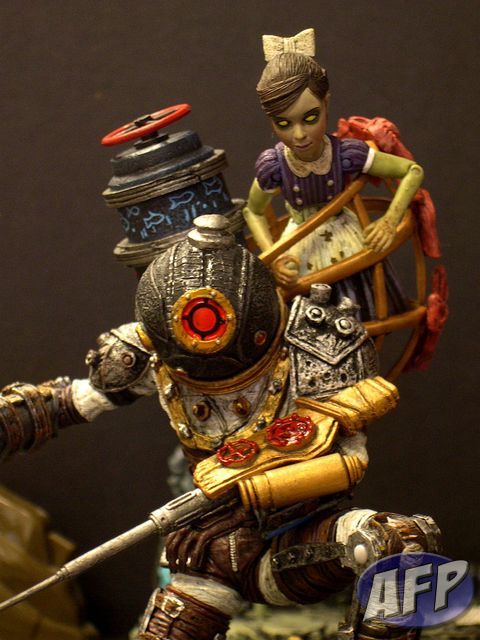