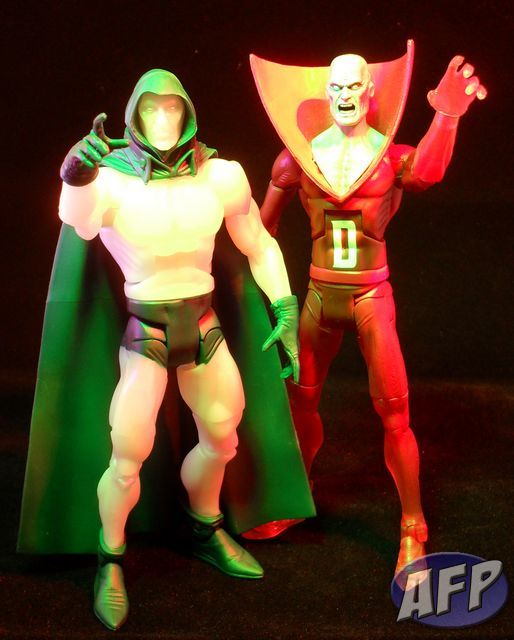 So here we are, stuck in what seems like an abnormally long (especially considering how close together DCUC 10, 11 and 12 shipped) lull between DCUC Waves. Oh how the minutes tick so lowly by… In an attempt to kill some time, I thought I’d take a whack at photographing the 2 DC Universe Classics Glow in the Dark ghosties, the Spectre and Deadman, to try to show off their unique properties. I didn’t really catch the GitD effect, but I did (with a little help from PhotoShop) end up with some very dramatically lit pics.

My photography set up  for this session was a black felt cloth for the background, a green light, red light and a few black lights, the lights are all old school incandescent bulbs that we have in our Halloween decorations.

My camera is a Samsung SL30 and I was shooting in the Program mode so that I could control the Exposure Value and ISO settings. Generally I was setting the EV around +2.5 and was experimenting with the ISO settings. I also use a tripod and rely on my camera’s timer function so that I’m not touching the camera when it’s capturing the image, which makes for much clearer pics.

The first few pics I shot were of the Spectre with just 4 black lights. I was hoping the black lights would bring out the glow in the dark paint but alas it really didn’t. But when editing the pics in PhotoShop, I discovered that I was able to get a very cool effect by adjusting the color hue and saturation. 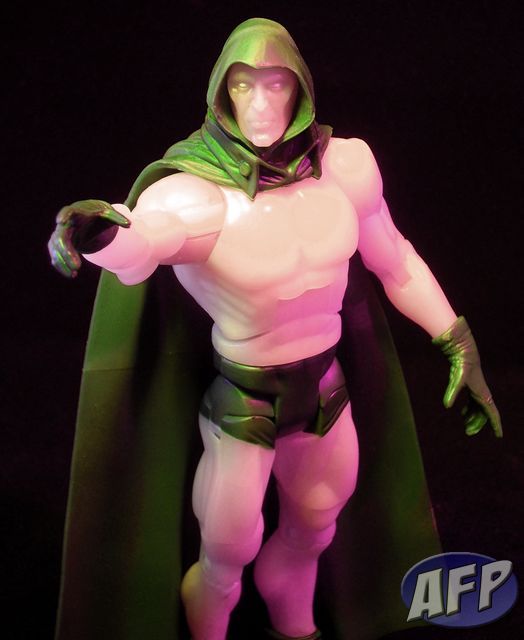 Next I experimented with swapping out 2 of the black lights for red and green lights. This worked particularly well for Deadman. 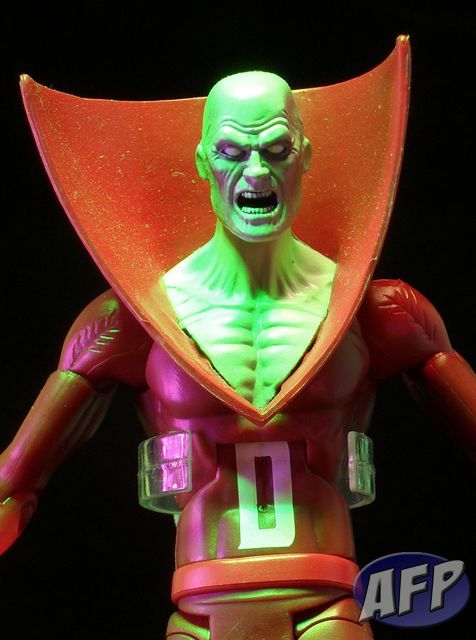 The Spectre photographed under just the green & black lights. 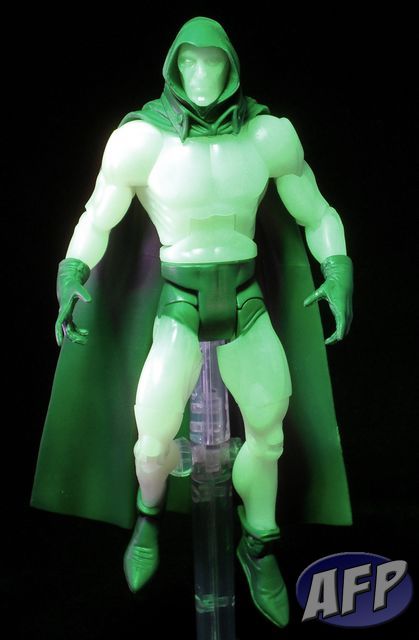 Hope this helped, inspired or at least entertained!