Lots of coverage of San Diego Comic-Con Exclusives in the latest ToyFare magazine, so pick up your copy today. We first heard about the Marvel Universe Ultimate Captain America and Ages of Thunder Thor exclusives back at Toy Fair – yes, ToyFare (the magazine) and Toy Fair (the industry show) – I still get confused.

And we knew the one who hungers was coming to retail, but just found out about the SDCC version of the Marvel Universe Galactus recently.  He’ll come with the lights and sounds, but won’t come with Silver Surfer. I’m still trying to fathom just how big the cardback is going to be. I know it says 27 inches, but it’s hard to wrap my brain around that. Awesome!

If you picked up ToyFare #155 (on sale now, donchaknow!), you have borne witness to something pretty awesome: three of Hasbro’s sure-to-be-red-hot exclusives for July’s San Diego Comic-Con. But since the only glimpse we gave you of Ultimate Captain America and Ages of Thunder Thor was our super-artsy cover image, I decided to throw some more images up on our blog of the figures under non-fancy lighting. Please note that these were prototypes, so the final paints probably won’t end up looking exactly like this. Ready for your WORLD-EXCLUSIVE? 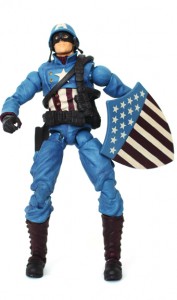 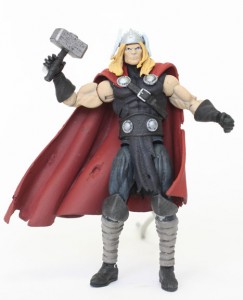 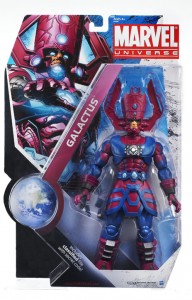 And just for good measure, here’s the other Marvel SDCC exclusive from Hasbro: the 19-inch Galactus in an exclusive 27-inch tall blister card, featuring artwork by Joe Quesada!