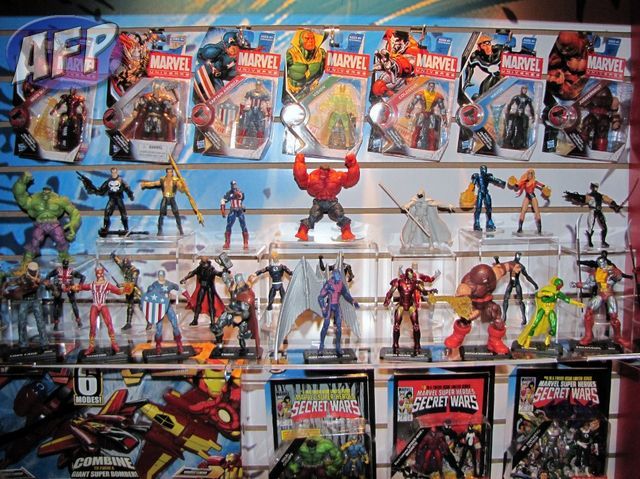 The Hasbro Collector Briefing was earlier today, and in the second part of the Marvel update, I’ll be covering Marvel Universe.  The mantra this year is “more figures, more fun, and more exclusives” and the team wants to keep the line “collector cool with kid appeal.”  Keeping in lockstep with events in Marvel Comics, the packaging theme this year is Norman Osborne’s HAMMER Files, with packaging art by Mike Deodato.

We saw the first wave of the 2010 product in 4Q 2009, and that’s because Marvel Universe was Hasbro’s top Marvel line last year – product was sold through and the 2010 product was moved up.  The second wave has already started hitting retail, and I hope to have my hands on some product to review soon. 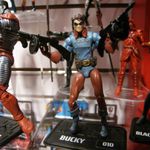 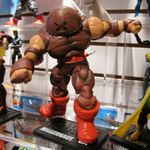 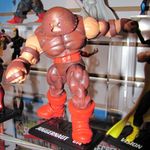 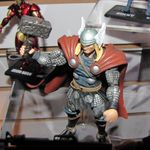 And in a sneak preview, Hasbro revealed that Thanos would be coming later in the year.

Kitty Pryde, the AIM Soldier, and the wave 4 figures were not on display in the showroom.

Although this wasn’t discussed in the briefing, we will continue to see running changes for variants in the MU line.  They had a packaged sample of a translucent Vision variant, and a loose Karla Sofen Ms. Marvel on display.  We should also eventually see an red and blue variant for Warpath and a new head for the training costume Wolverine.

The Secret Wars 2-packs will be finishing this spring, but that’s not the end of these 2-packs.  Hasbro announced new, unthemed 2-packs:

These 2-packs were not on display in the showroom.

The super-sized Galactus that was unveiled at San Diego Comic-Con last year will find its way to mass market retail this fall.  As the first in its class, quantities are going to be limited – so I wouldn’t hesitate to pick this up if you’re inclined to get one. 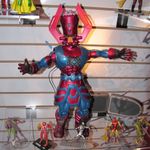 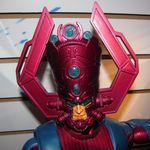 With a suggested retail price of $49.99, Galactus will feature articulation similar to that of Marvel Legends, electronic lights and sounds, and a Marvel Universe Silver Surfer.  For those of you who have met Hasbro brand manager Scott George, it’s his voice (modified, of course), that’s on the voice chip for Galactus.  He makes for a very convincing Galactus. 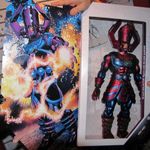 At 19 inches, this is going to be too big to hang on a hook, so the packaging is designed to lay flat on the shelf, but can be opened up to reveal some awesome artwork by Mike Deodato and the figures in a nice picture window.  No further figures in this size were revealed, but the brand team made it clear that if Galactus is successful at retail, they have more ideas for this line.

As with any successful line, Marvel Universe will continue to have retailer exclusives:

None of the exclusives were on display in the showroom, so we’ll have to track down some pics for you.

I’ll try to get Spider-Man and Super Hero Squad done tonight as well.  Need to take a short break now.