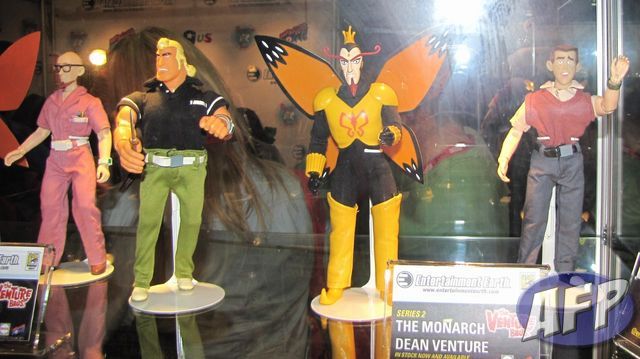 We’ve got a ton more pics from Preview Night that still need to be processed, but it’s time to get ready to head back to the Con. Before we close up shop this morning, though, I know Buzzy Fret has been waiting to get a glimpse of what’s coming from Bif Bang Pow! from their Venture Bros. license. 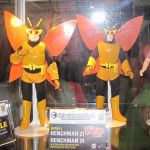 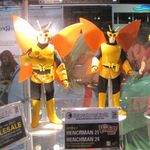 Apologies for these photos – with the figure placement and lighting, it was pretty tough to get some decent shots. I think with the newest figures – Dr. Orpheus, Phantom Limb, Dr. Girlfriend, and Hank Venture, we’re starting to see BBP make some strides in capturing the characters well. The boys continue to be the weak links, and while that may be fitting from the show’s perspective, I’d like to see them and Doctor Venture revamped.

With these moving forward in production, the figure that’s grown on me the most since our first viewing at Toy Fair is Brock Sampson. Out of the first waves, he’s the standout now for me. Speaking of waves, each will come with two figures:

Down the line, I really hope these will get translated into more traditional figures. But for the foreseeable future, it’s retro Mego chic and bobbleheads.