The DC Universe Classics Giants of Doom entry in CustomCon 26 started with my desire for a more scale-accurate Sinestro. As that custom came together, I started feeling the pangs of nostalgia-fueled desire for a complete Legion of Doom. Thoughts for how to improve current figures (Sinestro and Captain Cold) and how to add the missing ones (Toyman, Riddler in spandex, and Bizarro in a classic style) kept forming, but I knew I would never get around to making it happen. So I did what I will probably do from now on – I recruited a dream team of customizers from AFP and the Fwoosh – Buzzy Fret, Ibentmyman-thing, and Robokillah.

Before I get to the figures themselves, here’s how the CustomCon entry got named. When it started to look like I might actually be able to complete the set with the help of my customizing friends, I came up with the wholly uninspired name of “Legion of Doom Box Set.” Yawn. 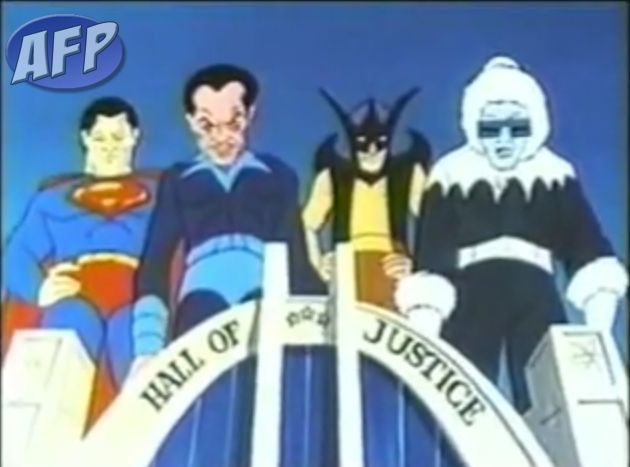 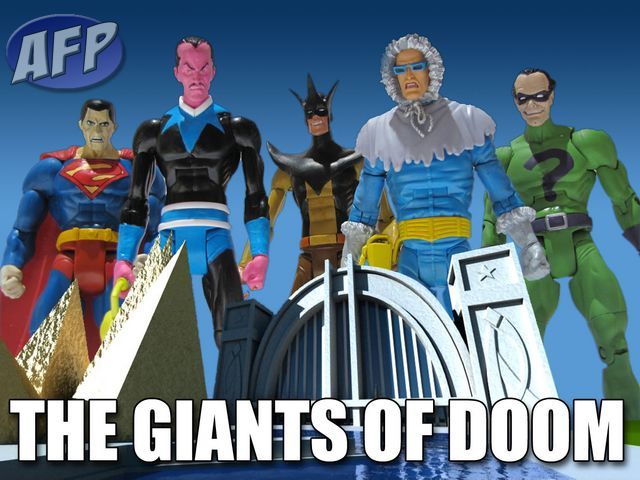 As the CustomCon entry started to take shape, I began looking for interesting images I could use as a backdrop for my pictures. I was looking for nice clear images of the Hall of Doom when I came across a screen cap of the Superfriends episode called “The Giants of Doom” – in it, Bizarro, Sinestro, Toyman, and Captain Cold use a growth ray to terrorize the Superfriends. (Why Giganta didn’t figure into this plan, I really don’t know.) With four out of five of the customs covered, I felt fine fudging my own version, adding the Riddler to the mix… The Giants of Doom! 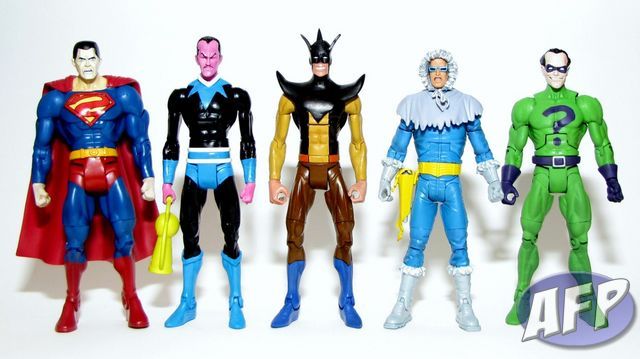 Alright – thanks for humoring my digression into how I named the entry. Now here’s the recipes for the figures.

Some people who had provided feedback during the customizing process have asked me if I am bummed because Mattel has announced both a height-corrected Sinestro and a spandex-clad Riddler. After a couple of years of DC Universe Classics, I’ve learned that if you’re going to be customizing this line, you better plan on those customs having short effective lives – they seem to be making anyone that I’ve considered for my customizing lineup.

With the line going like gangbusters, I would think that a Toyman figure will eventually be made – he was a choice on one of the earlier DC Universe Classics Fan Choice polls. Since Bizarro could be considered a Superman variant, I think the odds are Mattel will get to a classic Bizarro too. So it’s just a waiting game.

In the meantime I’ve got a full Legion of Doom display, and I’ll find another spot in my collection for Mattel’s version of these figures when they eventually get here. 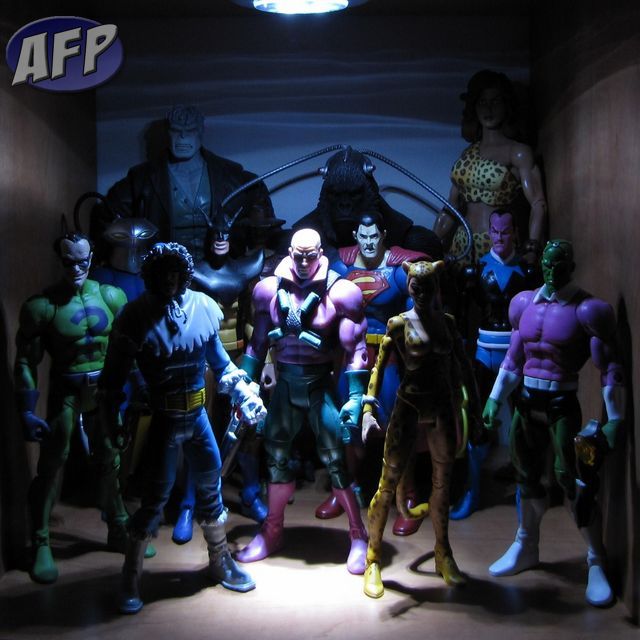