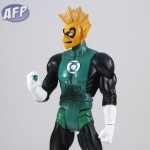 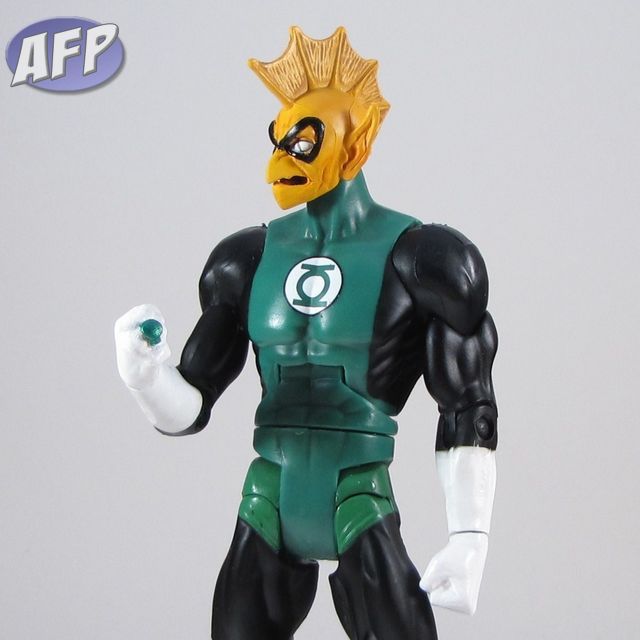 Yes, I know that Mattel is releasing a Tomar-Re with the DC Universe Classics Green Lantern’s Light 5-pack that should be hitting Wal-Mart any day now. From a customs standpoint, I’ve had a recent streak where customs I’ve made or commissioned have been cruelly announced as upcoming retail figures by Mattel – see Sinestro and Riddler from Giants of Doom, our group entry to CustomCon 26. But in Tomar-Re’s case, it was deliberate.

While I think the upcoming figure is just fine, it wasn’t quite the representation of Tomar-Re that I wanted. First, the head is a slightly tweaked reuse of the Romat-Ru head sculpt from the Color of Fear 2-pack. It has the mask added, but not quite in the right shape for Tomar-Re. And I’m not a fan of the screaming head – to me, Tomar-Re was a calming influence in the Green Lantern Corps.

So I made my own, using what are probably very obvious choices for fodder – a standard GL body from the Abin Sur / Hal Jordan 2-pack, and Romat-Ru head and hands. 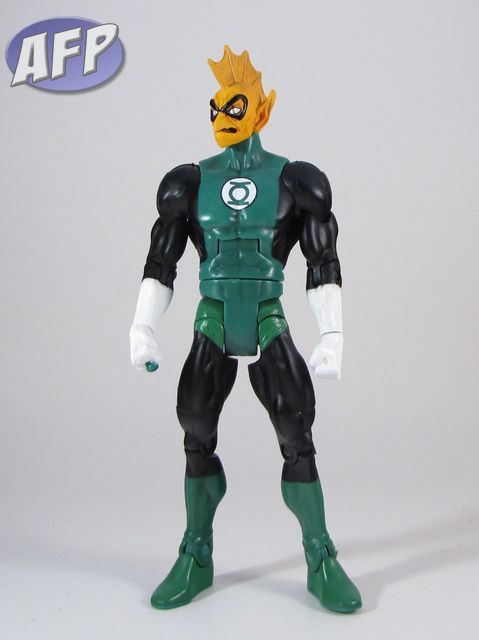 The head was the most involved part. To get rid of the screaming beak, I stuck an exacto all the way into the back of the opening and sliced downward. Then I applied some superglue to the “hinge” at the back of the beak and the tip and glued it shut. Then I mixed some Apoxie Sculpt and filled in the gap at the back of the jaw. I also sculpted the domino mask, but in a looping shape that is more reminiscent of his early comic book appearances. Not resculpting the eyes to fill the eye sockets in the mask was a conscious choice too – I wanted him to fit in with DC Universe Classics figures for Tomar-Tu and Romat-Ru, who are both from Tomar-Re’s planet.

After the Apoxie was set, I dremeled off the folds in his chin and reshaped the jaw a bit. Then sanded it some more with fine sand paper. 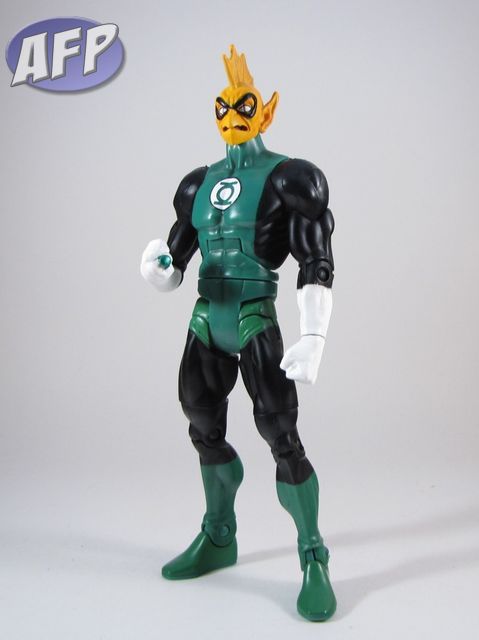 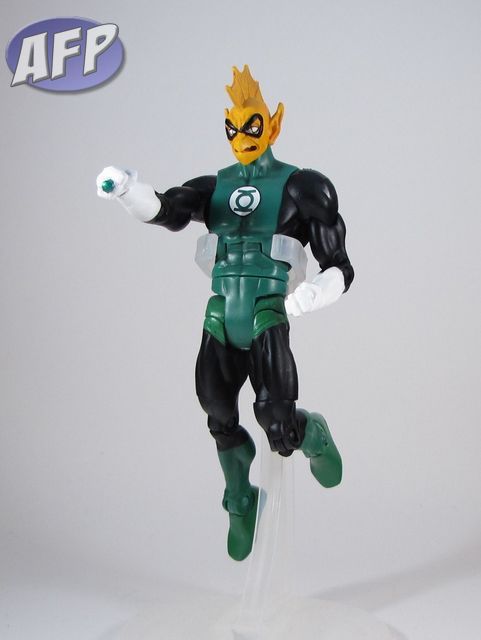 Tomar-Re has appeared with both four and five fingers. Since Romat-Ru had four, I used his hands. However, that meant having to remove the ring from his left hand and add one back to his right. To create the ring, first I applied a section of clear rubber band that I pulled off a new Mattel figure – this represented the ring’s band. Then I glued a small dollop of Super Sculpie to the band to serve as the ring’s face.

Romat’s right hand needed a little surgery to fit into the wrist socket. First, I had to remove a thick band on the wrist peg. Then I had to remove the small nub at the end of the peg, so that it would fit in all the way. 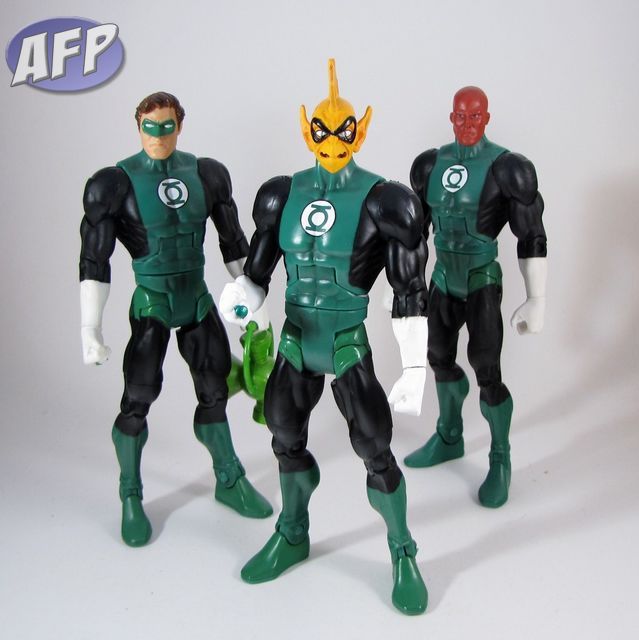 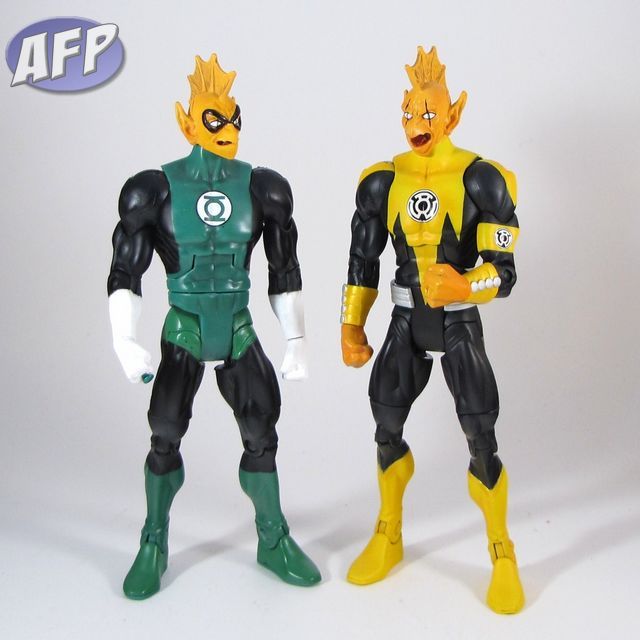 As for the figure coming in the GL 5-pack, I will use him as a stand-in for Tomar-Tu – the standard GL domino mask, the modern costume, and five fingers work better for him.