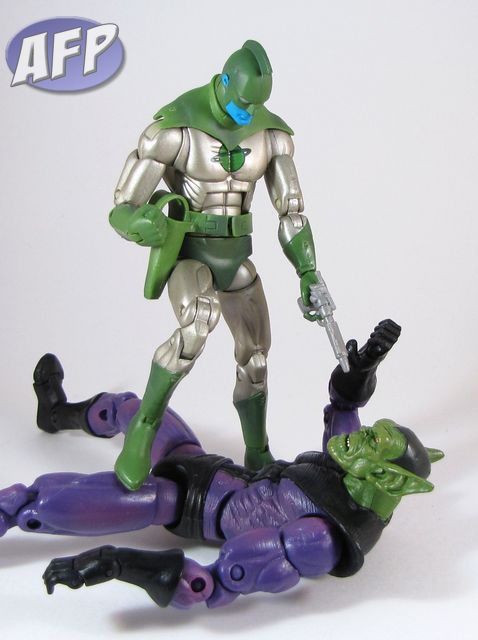 At the start of the month, we noticed that the Marvel Legends Kree Soldier and Skrull Soldier 2-pack was being priced by ToysRUs.com to move at $13.98, just about what we used to pay for Marvel Legends back in the day.

Now they’re on sale again, but you’ll have to be an army builder to take advantage of it.

In fact, there’s nearly 500 products that are part of this BOGOHO deal that lasts through 9/25.

This deal works out to be just a little bit more than the previous sale, but hey, who’s gonna complain about pennies if you missed out last time. We’ve got new Marvel Legends 2-packs targeted to hit this fall, and Hasbro is aiming to relaunch the Marvel Legends line in a big way in 2012 – so it’s time to clear the warehouse.

For more pics, here’s my review of the Marvel Legends Alien Armies 2-pack from just about a year ago.

One thought on “Marvel Legends 2-Pack Kree Soldier and Skrull Soldier on New Sale at ToysRUs.com”