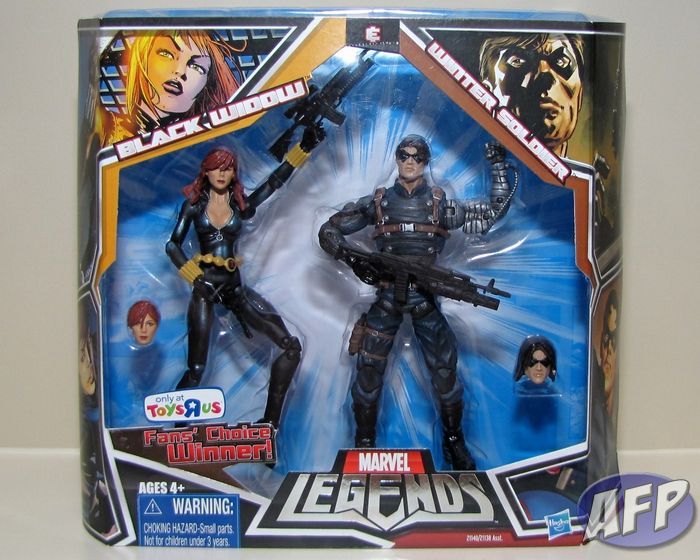 About a week and a half ago, gunbuster718 shared some pics he took of his set of Marvel Legends Fan’s Choice Winner 2-packs – Black Widow / Winter Soldier, Deadpool / Warpath, and Valkyrie / Hulk. I was lucky enough to get 4 out of the 5 sets from that initial batch that showed up at Times Square Toys R Us – thanks GrownNerd! Here’s some quick shots that I took while still in NYC for New York Comic Con.

First the rest of the packaged shots:

I’ll confess, when Legends moved away from single-carded figures, I stopped paying a lot of attention to the packaging. What we’ve got here is pretty much on par with what we got in the earlier waves of 2-packs. I do like how they’ve managed to tie the background blurbs for each pairing together, but I can’t really remember much significant interaction between Deadpool and Warpath in the comics.

Here’s the loose pics I snapped:

I didn’t have a lot of time with the figures – we ended up shipping our loot back and I’m still waiting for the boxes to show up – but here’s some quick thoughts on each:

Alright, Sandman’s been lucky enough to find a Black Widow / Winter Soldier set at one of his local TRUs, so hopefully we’ll have some more pics soon. In the meantime, I’ll be anxiously awaiting my loot from NYCC, and searching for a red and black Deadpool set. Happy hunting!