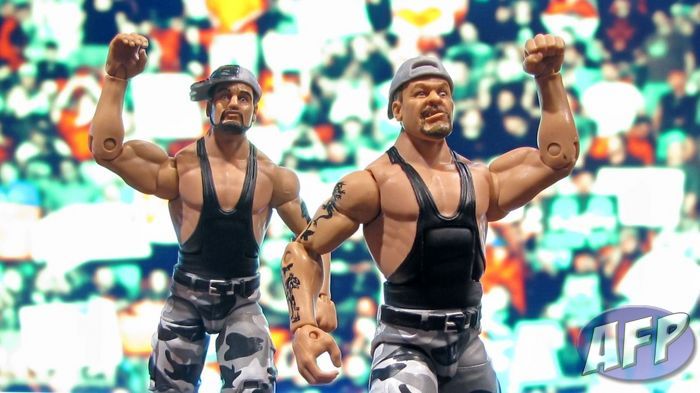 To be perfectly honest, even though the Bushwhackers came from the era of wrestling that I watched and enjoyed, I was never that big of a fan. They were more of a comedy act that I found amusing at first, but quickly tired of it.

That said, I must now acknowledge that as far as all the wrestling figures I have in my collection, which includes a bunch of old Hasbro WWF figures, JAKKS Pacific WWE figures, and the new figures from Mattel, the Bushwhackers are now at the top of the heap. They’re just captured perfectly in plastic here. 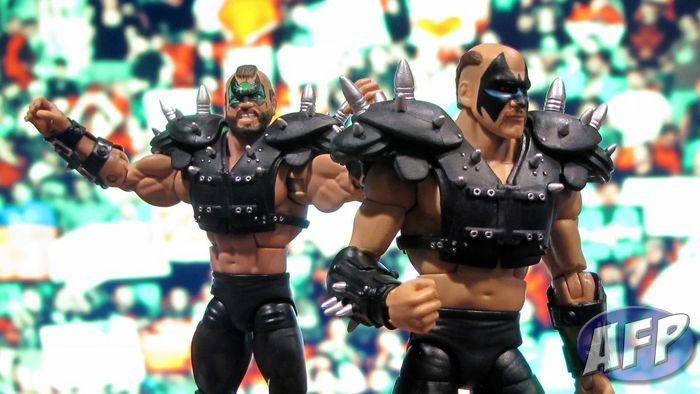 The Road Warriors were much more my speed as a WWF tag team. They’ve got some great figures as part of WWE Legends series 1, but I will wait for their inevitable release as the Legion of Doom. When they do come out as LoD, I hope they give Hawk his trademark standing on the ropes grimace. 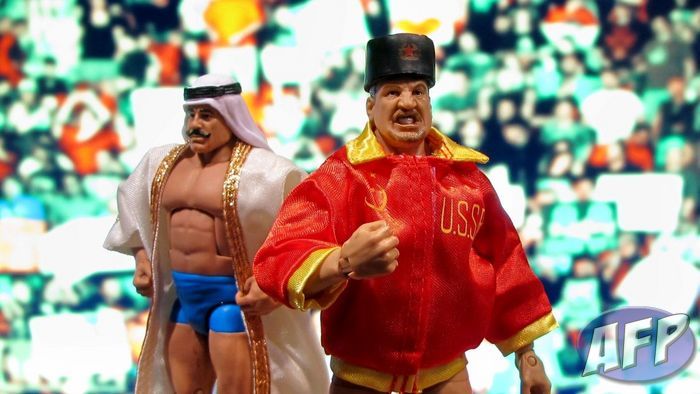 The Iron Sheik and Nikolai Volkoff were tag team champs as the Foreign Legion just a few years before I started watching the WWF, but they were ever present when I was watching – enough so that I wanted to pick them up. In general I’ve liked what Mattel has done with the soft goods. With these guys, I think the Sheik’s robe works a bit better than Volkoff’s jacket, but still interferes a bit with the headdress.

Volkoff’s expression is great, and an example of  what I’d like to see in these figures, compared to the bland expressions the figures sometimes have, for example, with the Million Dollar Man Ted Dibiase. I also like how they’ve been able to achieve the barrel-chested look with the Sheik. 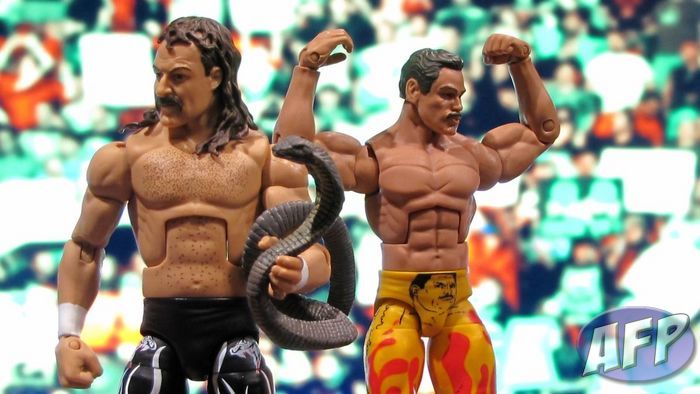 Jake the Snake Roberts and Ravishing Rick Rude were never a tag team, but did have a memorable feud which involved Rude hitting on and then insulting Jake’s wife at the time, Cheryl. I’m not sure if Rude was doing this before this particular feud, but in one infamous confrontation with Jake, he had Cheryl airbrushed onto his tights. Jake eventually ripped those tights off of Rude.

These are the two figures I picked up from Legends series 2. I think they’re both excellent figures, although Jake’s head I think is just a little too big, and Rude illustrates why Mattel needs to move to double jointed elbows – he just can’t get his hands all the way behind his head to do his trademark hip gyrations.

For someone who was a fan of the WWF in the 80s and 90s, Mattel is doing a hell of a job getting me the figures from that era that I’ve wanted for a long time. In my area, these are disappearing off the shelves pretty quickly, so I’ve had my best luck ordering them online.