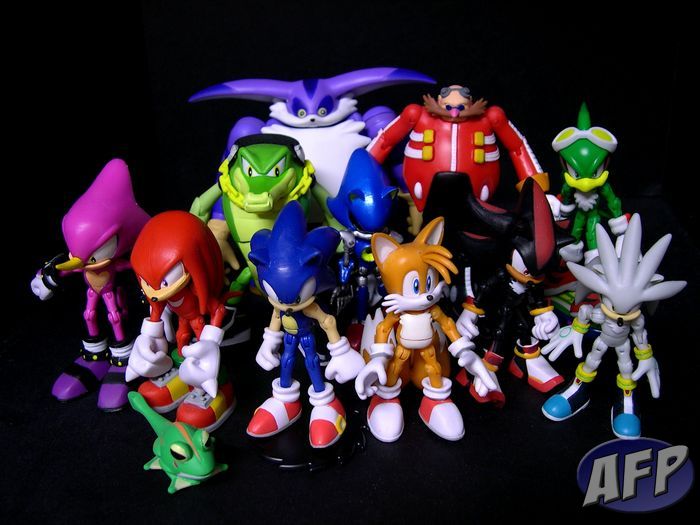 Hey everyone, I just wanted to share some quick pics of Jazware’s Sonic the Hedgehog action figures.

They’ve been steadily releasing some of Sonic’s supporting cast lately, and so I figured I’d do a group shot to show how far they’ve come. However, I’m still missing Amy, and I haven’t picked up any of the “Super” Hedgehogs. The retail prices on these at Toys ‘R’ Us have been steadily increasing, they were $4.99 when they first came out, now they’ve ballooned to $9.99 in my local TRU! So, I don’t know how long I can support this line, which sucks because even though I’m not very familiar with the Sonic Universe, I do like the character designs and the colorfulness of the line. Just look at that pic, I feel like eating some Skittles candy!

Also, here are some Quick Pics of Espio, Vector, Jet and Big the Cat (with Froggy)!! Not a lot of words from me here, enjoy the pics!

First up, from the Espio/Vector 2-Pack, Espio the Chameleon! 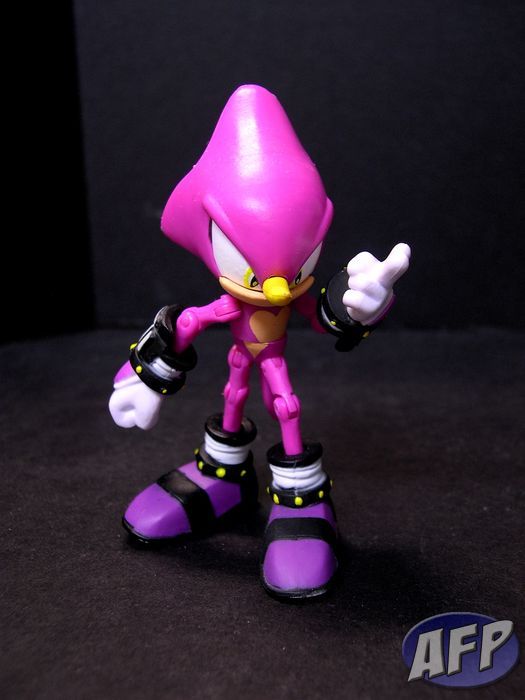 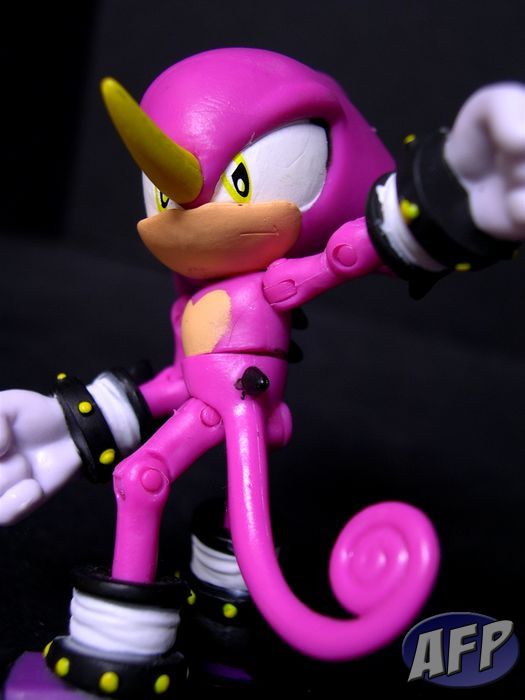 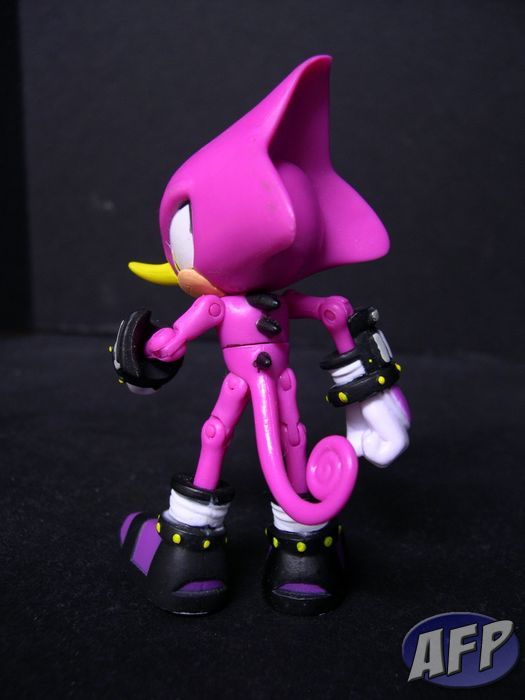 There was also a single-carded “clear” Espio released.

Next up is Vector! 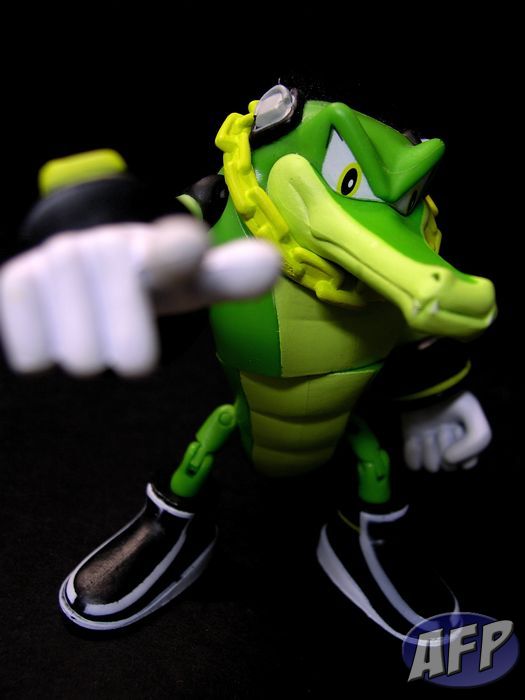 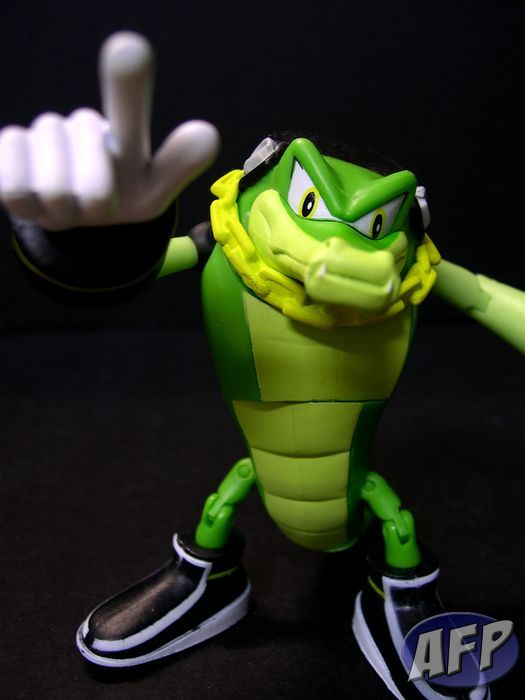 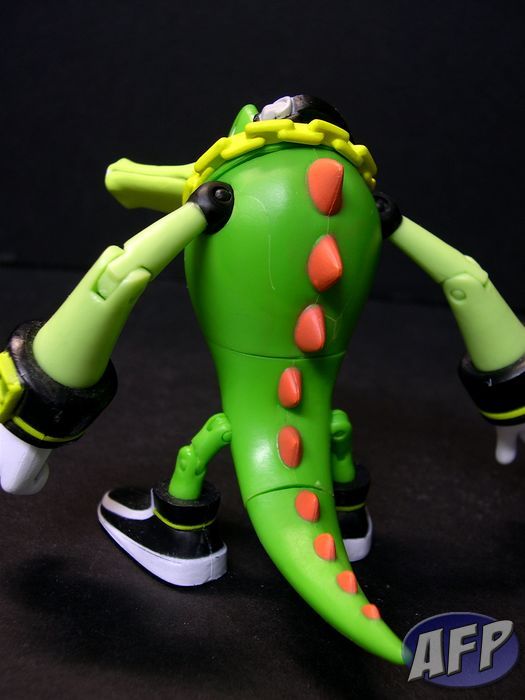 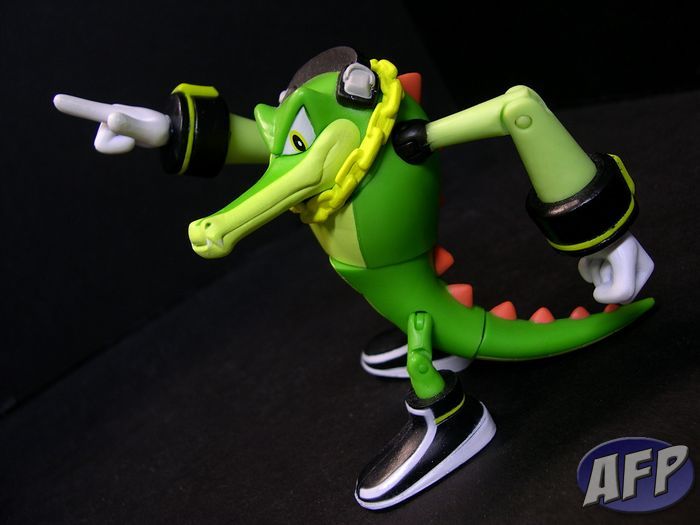 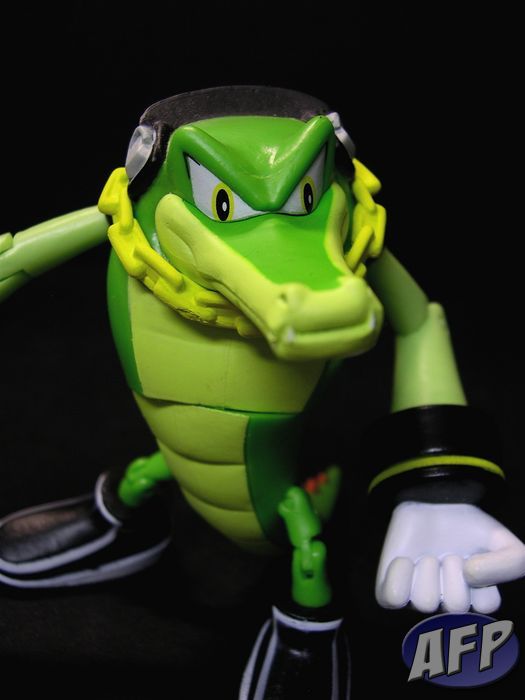 I love these two figures, they also come with a comic book. No stands though!

From the Sonic Riders line, Jet the Hawk! 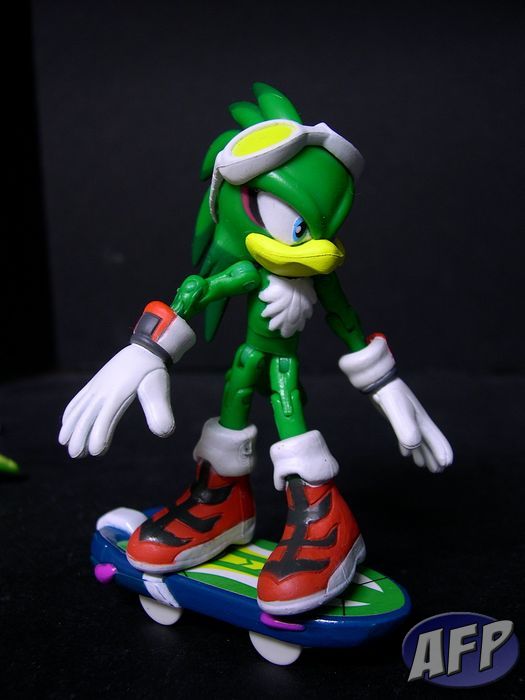 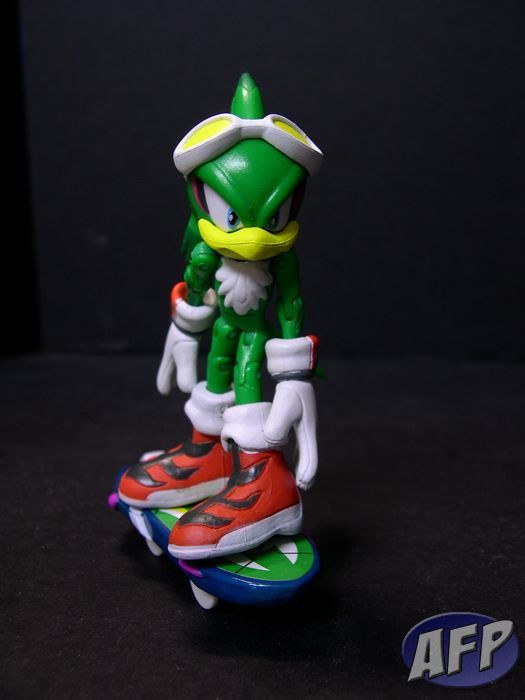 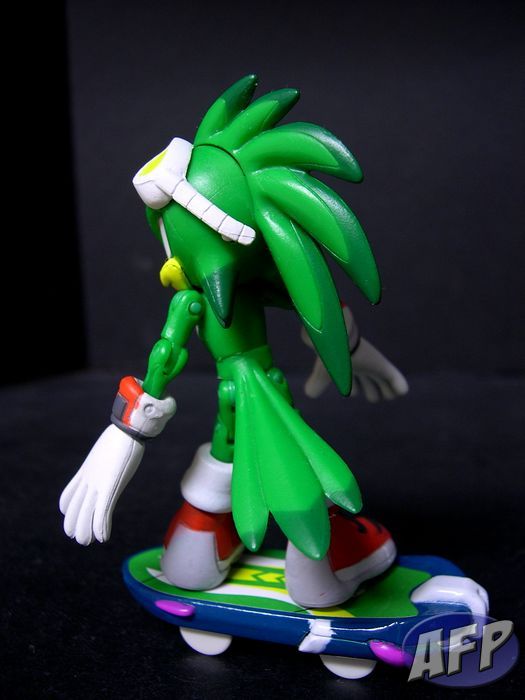 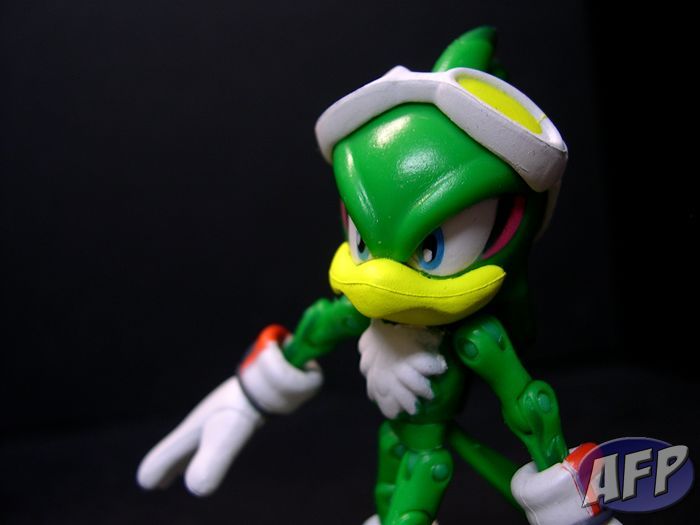 Jet’s got some slick paint apps. He does come off his skateboard, there was also a Sonic with skateboard available when I picked him up.

Finally we have Big the Cat with Froggy! 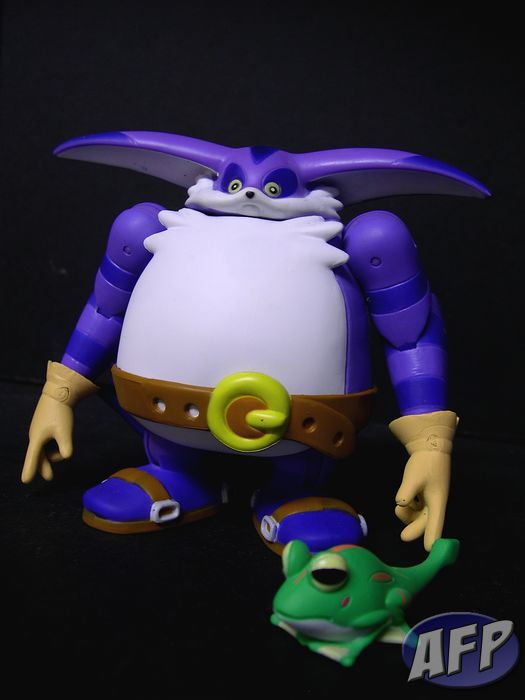 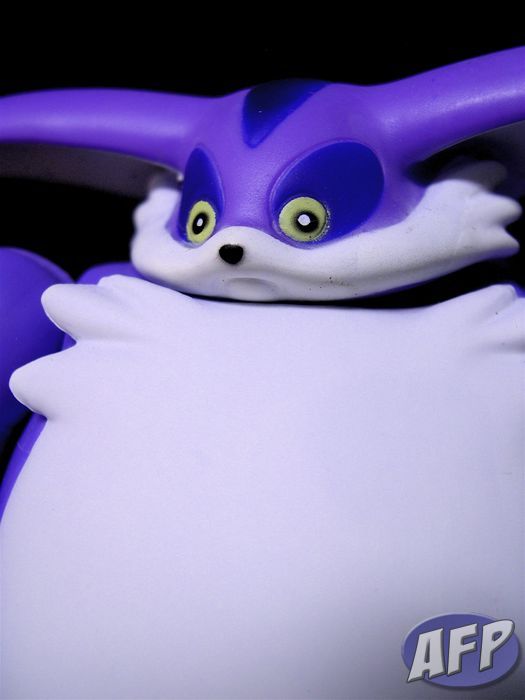 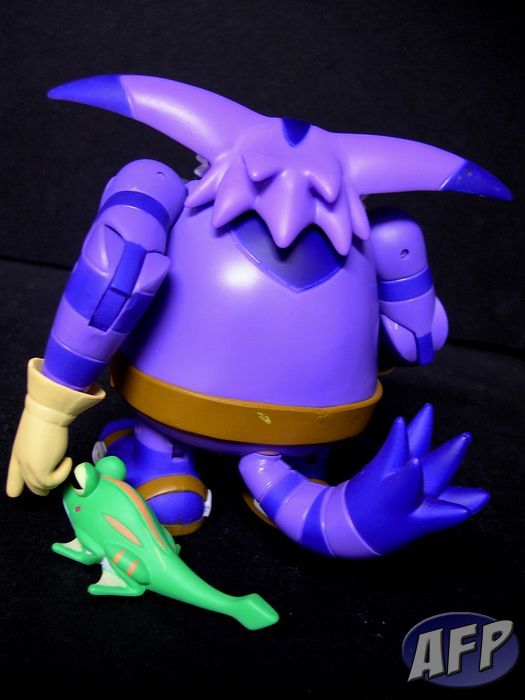 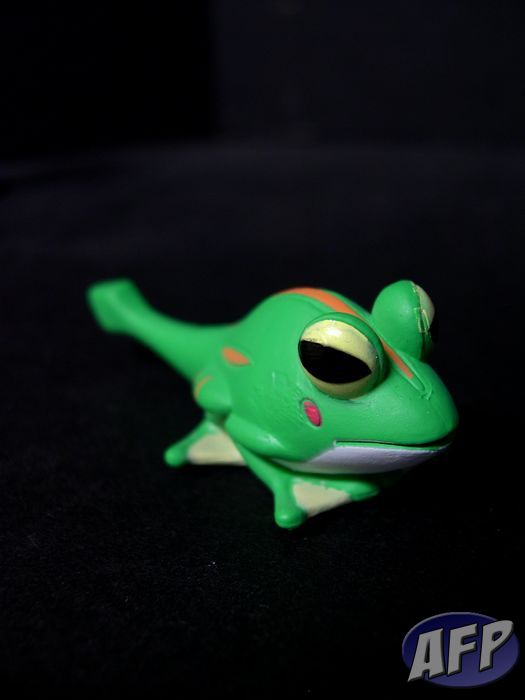 Big adds a large figure in the line. I almost didn’t pick him up as he was priced at $16.99 at Toys ‘R’ Us, which I though was waaay too much for him. Thankfully they also had a 30% off sale going on at the time, so I went ahead and grabbed him.

Well, that’s it for now, thanks for looking and I hope you all enjoyed the pics!

One thought on “Jazwares Sonic the Hedgehog Group and Quick Pics”