Wayback Wednesday will (hopefully) be a weekly feature on those obscure toys and toylines of the 80’s and early 90’s.  I hope to do my small part in helping these under-appreciated toys from being lost to obscurity while also reliving a few parts of my childhood.

So to kick-start things off we have McDonalds attempt to ride the transforming-robot-bandwagon with their Happy Meal pack-in, THE CHANGEABLES! 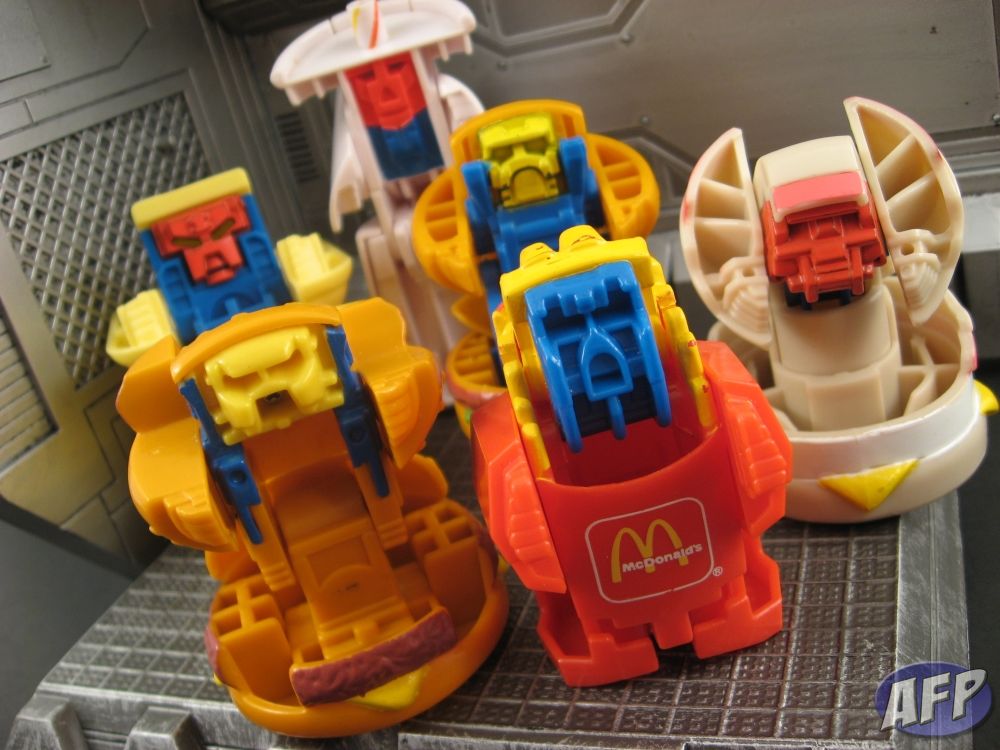 Setting the “Wayback-O-Matic” to 1987, we see the first release of the Changeables. The first set consisted of 6 bots. The gimmick was much like Transformers, except instead of car and jets, these were disguised as your favorite McDonalds foods. Later in 1989, a second series of 8 Changeables would be released, which also included a few repaints of series 1 bots. 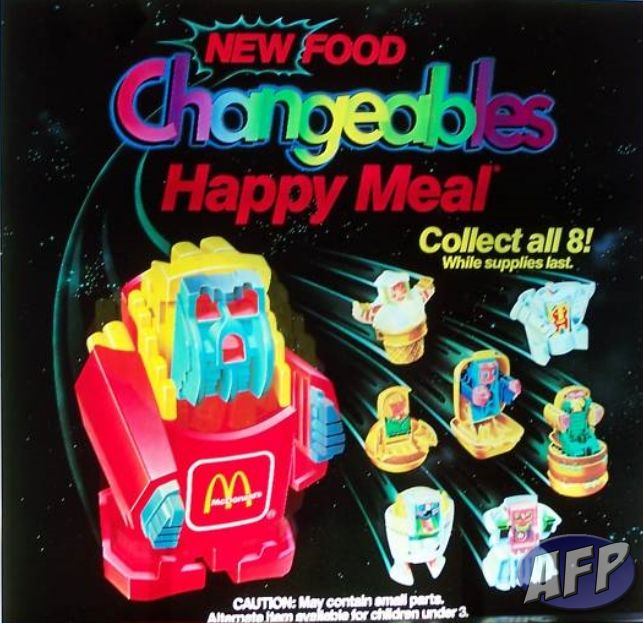 The food modes were for the most part, lame. HOWEVER, the robot modes were detailed, retro cool, and very unique.

The transformations were simple, but fun. Some had extending parts, most were turning or flipping parts. Considering these little guys are over 20 years old, they are quite durable, as you can see most have hardly any paint wear or aging.

Later in 1990 the Changeables were altered from Robots to Dinosaurs, which are not half as cool as these and which I generally ignore. However they are still part of the Changeables “family” if you are a completist.

So, I hope I have either refreshed your memory of these little guys, or introduced you to something new today from toy history. Until next time! 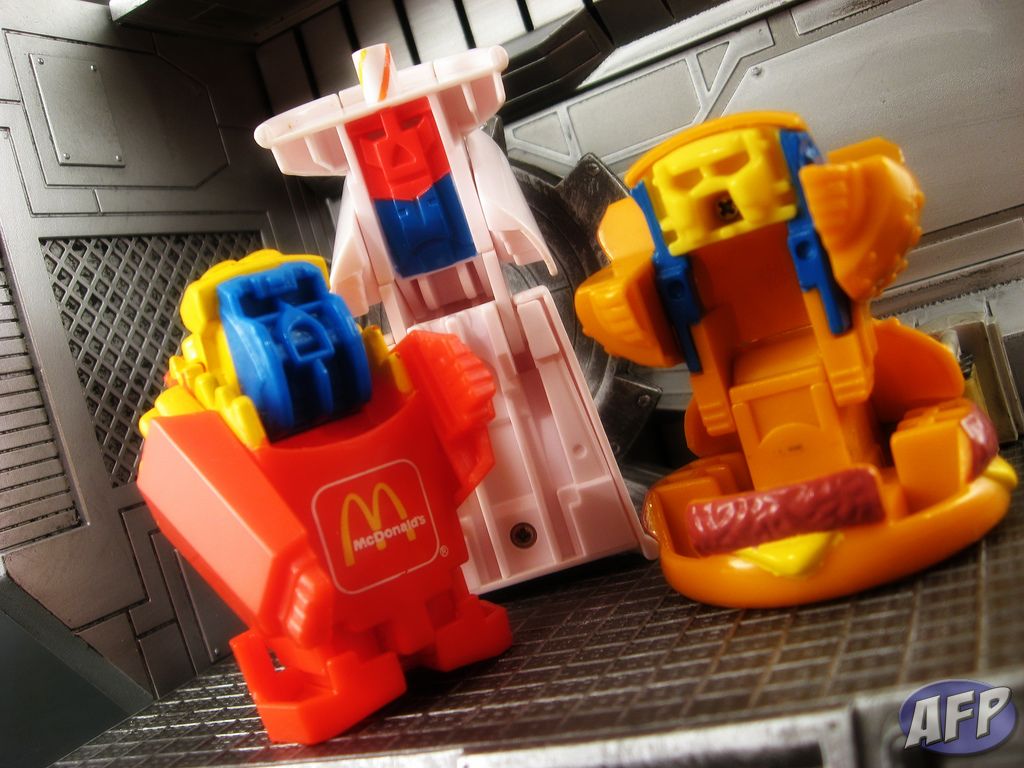