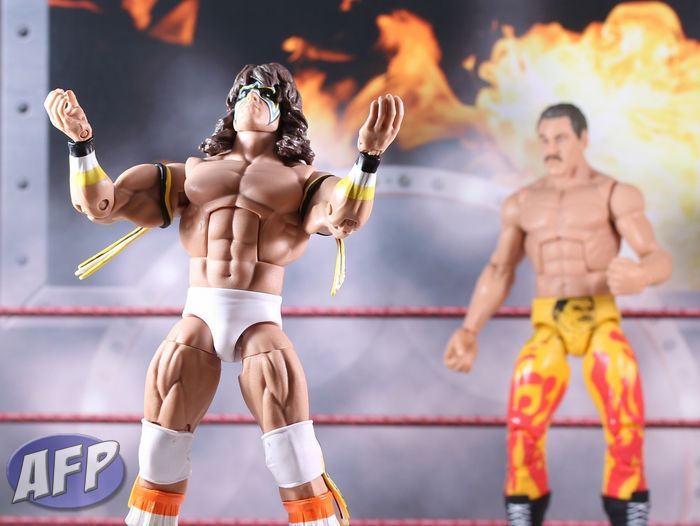 You ever get the feeling that a toy line was made just for you? That’s how I feel about Mattel’s WWE Legends line. They’re making the wrestlers I want and giving them top notch sculpts and articulation. Let’s have a quick look at the Ultimate Warrior, Demolition, and the Rock – the latest Legends I’ve picked up. 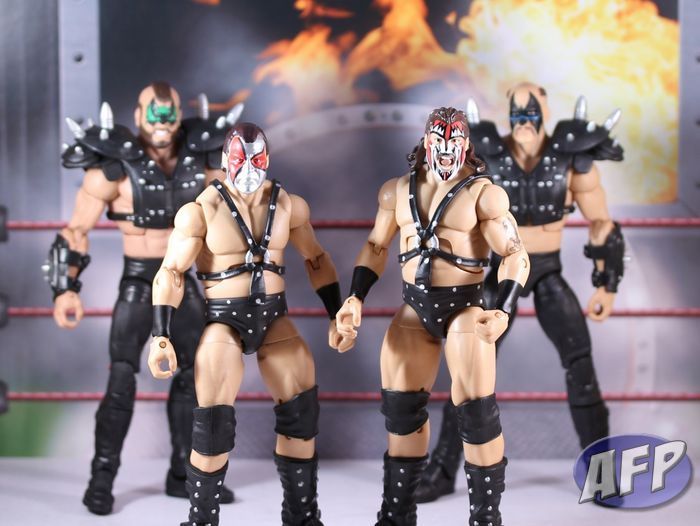 Demolition – Ax and Smash were supposedly created by Vince McMahon in the likeness of the Road Warriors, before the Road Warriors signed on to the WWF and became the Legion of Doom. Demolition had dominated in tag team competition, holding the title 3 times – but their popularity started declining after LOD came on board, and it never quite recovered.

They might be the better tag team in action figure form, though. They’ve got great likenesses and come with removable entrance gear. And if you want attention to detail, just check out the small bald spot on the top of Smash’s head. I really hope Mattel makes Crush – because I want to recreate the roster of the 1991 WrestleFest video game. 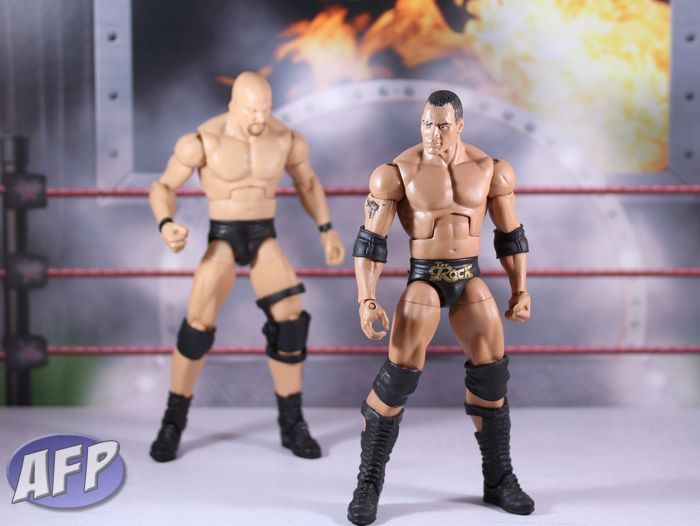 The Rock – By the time the Rock had made his mark in the WWE, I wasn’t really watching much anymore – but I did become a fan after he broke into mainstream entertainment following his appearance on Saturday Night Live. He comes with sunglasses and a t-shirt, both easily removable. The heads culpt features another strong likeness.

I think he’s a decent actor and has a lot of charisma – I just wonder why he’s not had more success on the big screen recently. 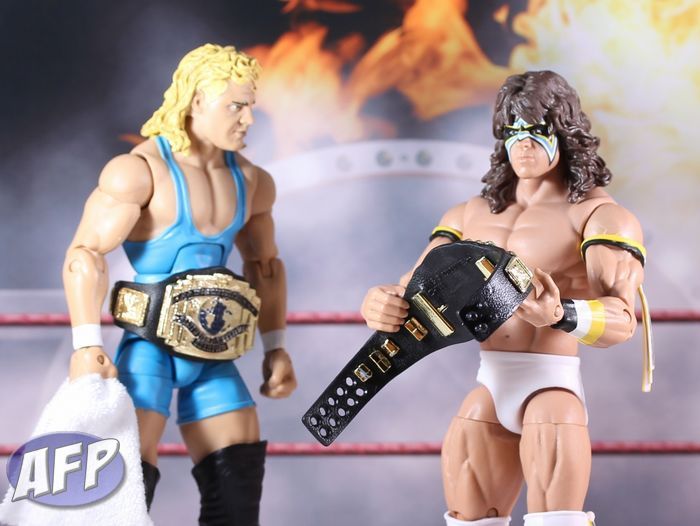 Ultimate Warrior – The guy may not be the most skilled wrestler to hold both the Intercontinental and WWF Heavyweight titles (I’m being kind here), but regardless, he was my absolute favorite wrestler of his era, because of his crazy energy and power moves. I think they really nailed the headsculpt, and somehow made the figure very reminiscent of the old Hasbro WWF Superstars versions of him – so more points for the nostalgia kick.

I do feel he is just a touch short for Real Scale – Mr. Perfect is a deceptive 6’3, while Warrior is 6’2 – but with the figures it looks like Perfect is a bit bigger than that 1 inch difference should show. Both figures have the same Intercontinental title belt. It would have been a nice touch to give Warrior a white belt.

Now bring on the repaints! I need a Wrestlemania VI version minus the chest paint, and WrestleFest green.

>> For more WWE Legends, check out my quick pics of the Bushwhackers and more.