What evil lurks in the hearts of men? The Shadow knows! 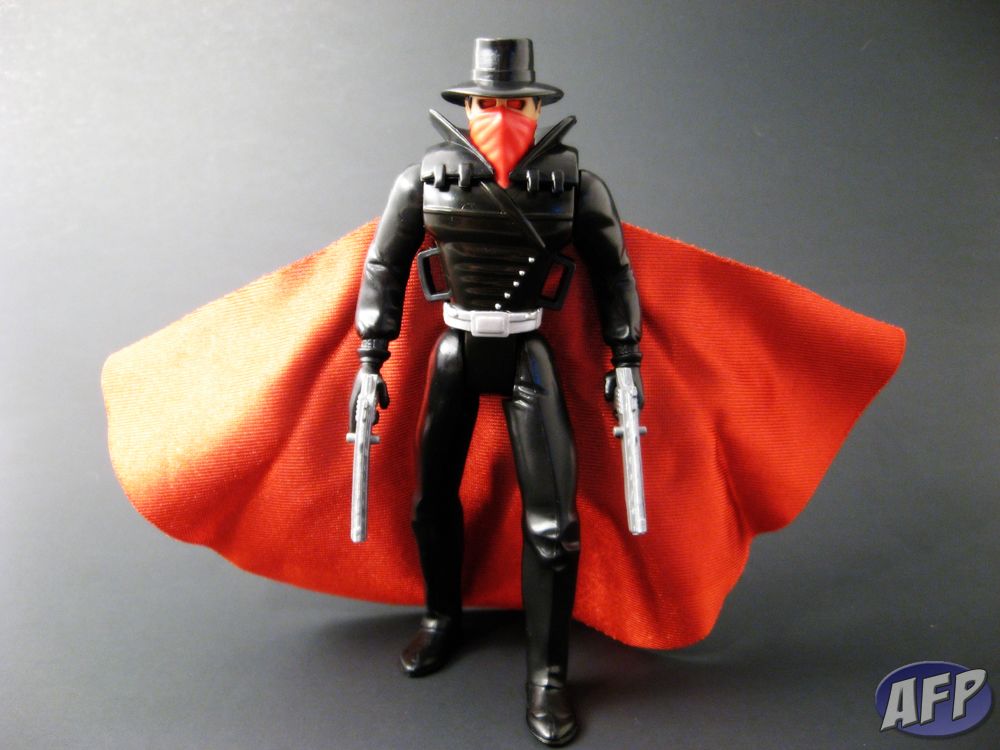 Today we head back to 1994 for a look at Lightning Draw Shadow, from the movie tie-in line from Kenner.

For a toyline based on a film with very few villains, it is not a surprise that Kenner had to come up with a few alternate versions of the hero and make up some villains to fill out the line. Among them, Ninja Shadow, Ambush Shadow, Bullet-Proof Shadow etc… But there was one Shadow that most closely resembled his film counterpart, and that is Lightning Draw Shadow.

The Shadow has light piping in the top of his hat to help the eyes glow, but it doesn’t work too well. This is forgivable considering the time the figure was made. Like most figures of the 80’s and 90’s, he has an action feature, although a well hidden one. Squeezing the legs together makes both arms spring up in a quick-draw type action. And despite this action feature, each arm is still poseable.

His two guns, which stay in the hands well, can also be put into the holsters under his arms. They look a little silly there, but it works well enough. The guns also have a peg on the sides, presumably to peg into holes somewhere on the figure for holstering, but there are no such holes. His nicest feature is the full cloth cape, which is black on one side and red on the other. The cowl and cape are removable as well.

Although this is a super simple figure by today’s standards, I keep finding myself looking at it and playing around with it. Ive always loved the character, and even the film, but if you’re even an occasional comic figure collector, I’d suggest this line for the pure look and style of it. It really is something unique and special.

Until next time, remember… “The weed of crime bears bitter fruit. Crime does not pay….The Shadow knows!” 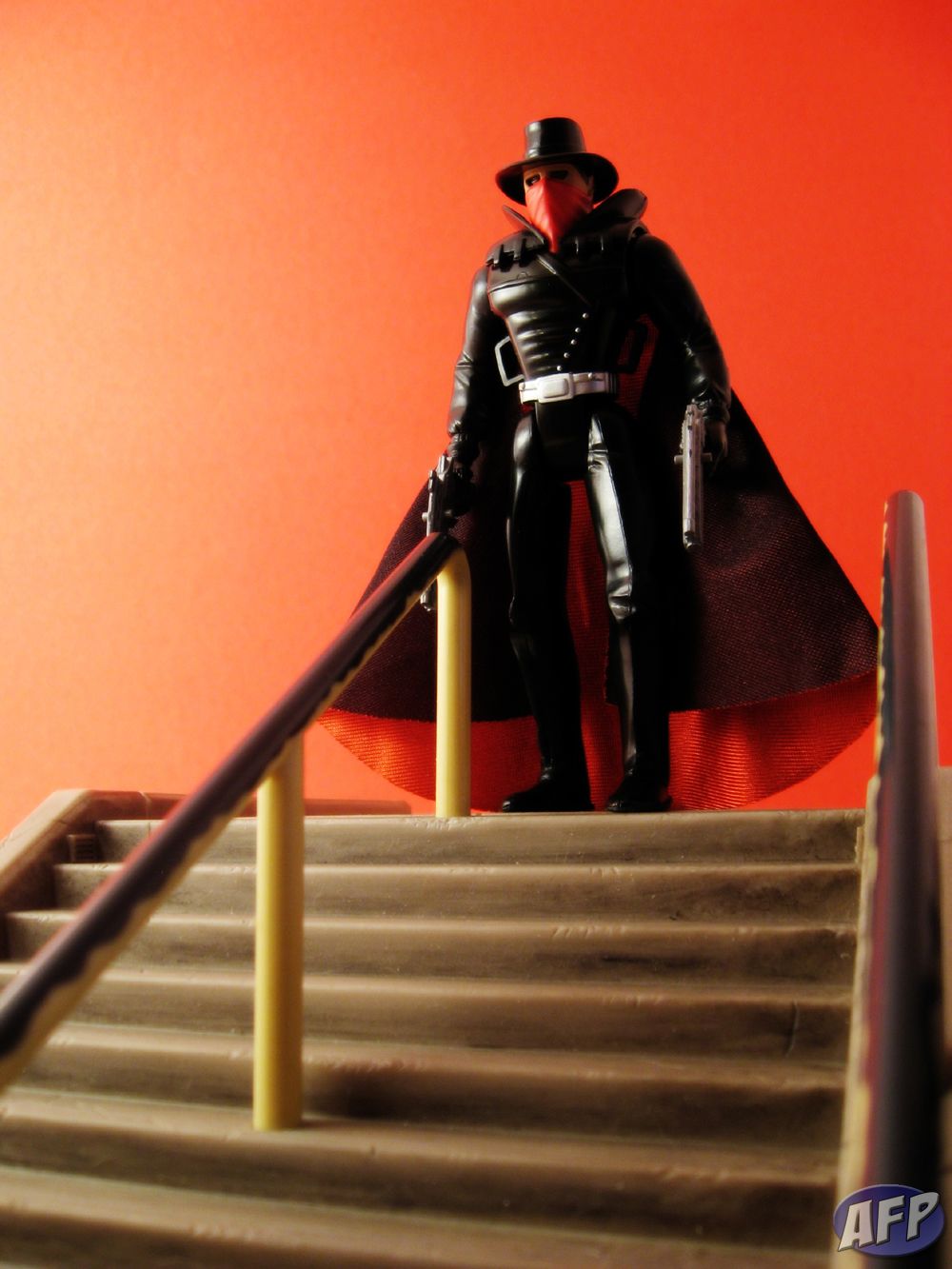 5 thoughts on “Wayback Wednesday – The Shadow”