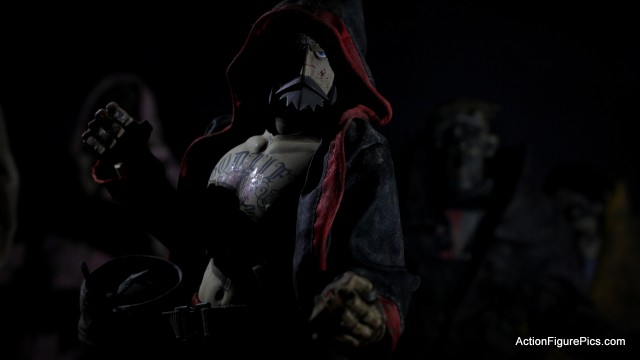 The Fighting JC in 1/6 scale from the 3A Toys Adventure Kartel line was one of my most wanted figures. I was able to pick one up from a fellow collector on the Unofficial ThreeA Legion BST group on Facebook, and I’ve been meaning to take pictures of him since I got back from abroad. I’ve been procrastinating, though, because I haven’t been too happy with how my more dramatic (read: dark) pictures have been turning out. A rather circuitous session of web browsing got me off my butt to experiment with completely manual settings on my camera. Feel free to accompany me on that little journey.

One of my favorite ways to procrastinate is looking for Kickstarter projects to back, and I’m a sucker for projects that involve accessories for my mobile devices and my camera. I’ve been looking at backing a new camera strap system, the Leash and Cuff by Peak Designs. That led me to their previous runaway Kickstarter success, the Capture camera clip system. This led me to a video review of the Capture on YouTube, which eventually led me to a video tutorial explaining the manual settings on a DSLR camera. I set out to give it a try on the Fighting JC.

What’s great about the Auto setting on your camera is also what limits what you can do with it enabled – Auto mode is calibrated to a neutral gray that works with the majority of the pictures people will take. But what Auto isn’t particularly great at is dealing with the extremes. If you are shooting a particularly bright scene, like Snowtroopers on Hoth, the Auto setting will overcompensate and make everything darker than it really looks. 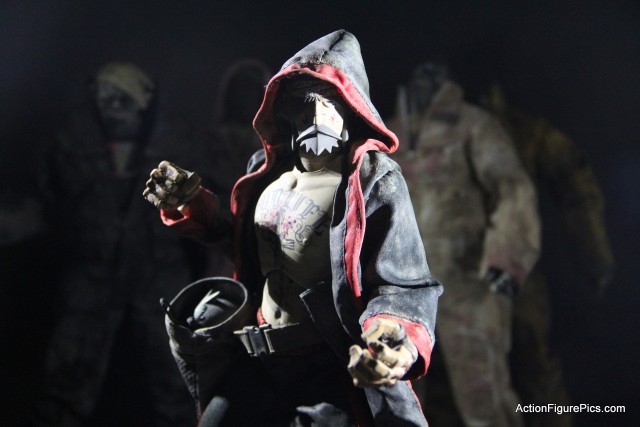 On the flip side, with my initial shot of JC on Auto, it’s tried to brighten everything up because it’s pretty dark. As a result, the picture looks incredibly blown out. So, how do the Manual settings let me fix this? First, let’s go through what the three most important settings are.

Matt Granger (thatnikonguy) starts the explanation in his video tutorial with an analogy – imagine trying to fill a glass with water – except in this case, the water represents the light you want in your picture.

So essentially, even though there are three main settings when you go to Manual mode, you’re primarily just adjusting how much light gets in the shot. 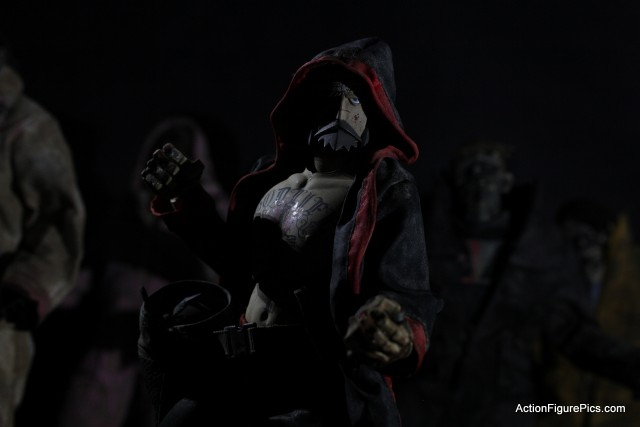 In this WIP that was the basis for the final shot, I’ve done some tweaks with composition (primarily I wanted JC’s fist to have Pinkie’s hood as a halo), but I’ll concentrate in this write-up on the three settings. Remember, I wanted to reduce the amount of light in the shot so it wouldn’t be so blown out. Here’s what I did:

The nice thing about all these Manual settings is that you can easily calculate the impact of your changes on the amount of light using simple math. Since I went from ISO 3200 to ISO 800, that meant I was getting 1/4 the amount of light as in the original picture. I could have gotten the same result by setting the shot at ISO 1600 and the shutter speed to 1/4 of a second (instead of half a second). F-stops work the same way – each f-stop increase on your lens amounts to cutting the light in half. So I could have increased my f-stop from f-5 two stops to f-6.3 and cut the light to 1/4 of the original.

Here’s the final shot again. Simply stated, I set the camera to Manual and cut the amount of light to 1/4 of the original shot I took on Auto. I did this by reducing ISO from 3200 to 800, but could have achieved the same thing by tweaking any of the three settings, individually, or in combination with one another.

I also did some very minimal tweaking of the black level in the shot, cropped it to 16:9, and added some vignetting to the edges of the shot. 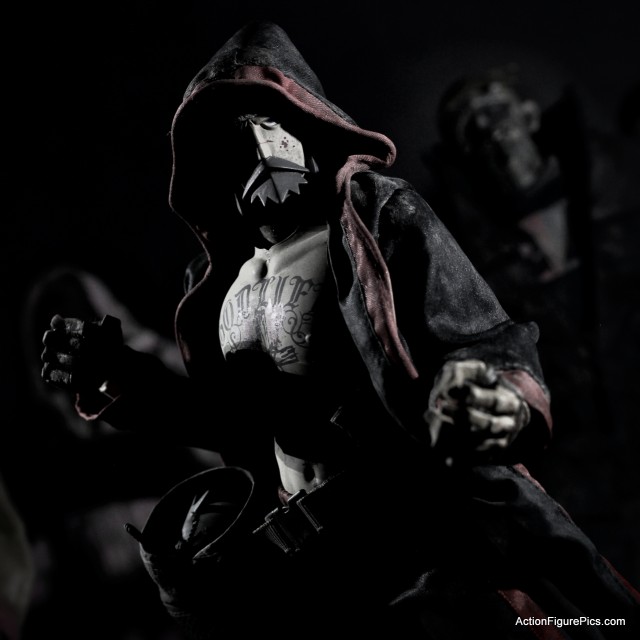 And here’s another of my favorites from the pictures I shot (again showing the pink hoodie halo for JC’s fist). This one was set at f-5, 1/2 second shutter speed, and ISO 640. With the first two settings the same as the other shots but with a lower ISO, you might have expected the picture to be darker (lower ISO means less light, remember?) – but this illustrates that the amount of light getting in your shot is also affected by how much light is being thrown off by stuff in your composition. I shot this picture with the camera in a portrait orientation. JC had the most light on him, and the original shot had more of him in frame. So essentially, the composition was brighter to begin with – I probably could have reduced ISO more or increased shutter speed to make the picture a bit darker.

In post-processing, I also desaturated the picture (hence the muted colors) and added vignetting to the edges.

Hope this helps with your understanding of the Manual setting on your camera. Auto’s a great place to start, but if you can understand how each of three settings impacts the amount of light in your shots, you’ll be able to exercise a lot more control over the final results by going Manual, especially with very bright or very dark compositions.