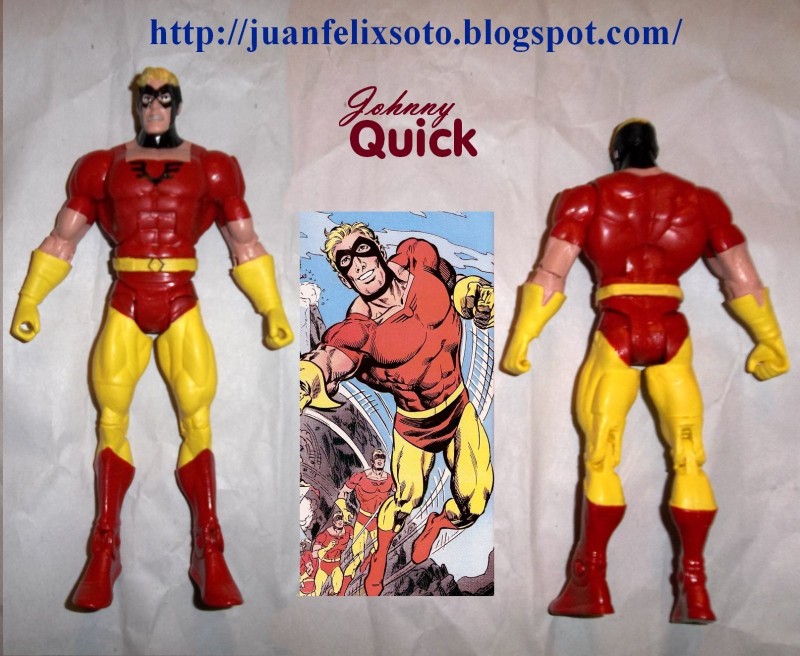 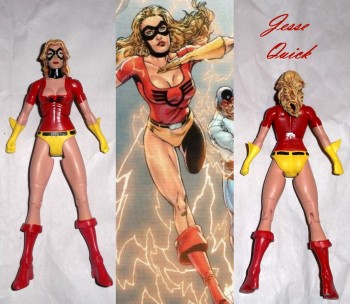 DC Universe Classics Johnny Quick and Jesse Quick by juan666soto – this customizer has a bunch of JLA / JSA / All-Star Squadron / Infinity Inc. figures up for sale this week, but I was most drawn to the father / daughter pair that are listed individually – in particular, I think Jesse Chambers is overdue for a figure in DCUC, as she’s been featured pretty prominently in JSA and JLA for several years – ends Apr 22, 2013 15:50:34 PDT and Apr 19, 2013 18:49:31 PDT

DC Universe Classics Madame Rouge by vernondo – it’s a pet peeve of mine when Marvel’s Rogue is spelled “Rouge” so it’s only fair that vernondo’s mispelling of the classic Doom Patrol villain Madame Rouge as “Madame Rogue” is similarly irksome – this is a good companion to the Monsieur Mallah and the Brain figures that are shipping this month with the Club Infinite Earths subscriptions – ends Apr 21, 2013 18:12:20 PDT 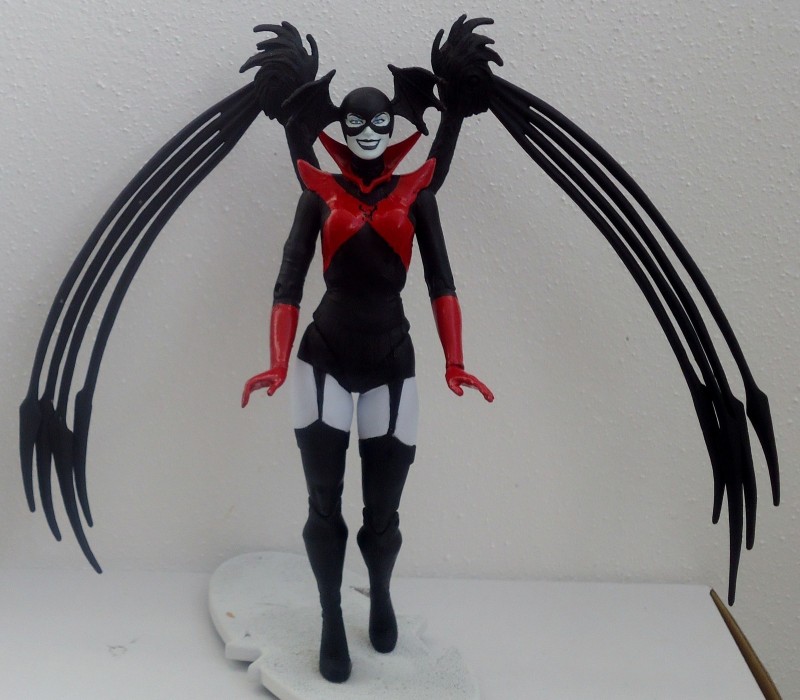