For their final SDCC exclusive reveal of the week, Mattel unveiled a possible line extension for its Masters of the Universe Classics line – Mini Masters! We had seen stylized mini-MOTU figures previously at San Diego, with the cryptic messaging that they were trying to find a home for this new cute but deadly format. Mattel has found them a tie-in with the popular He-Man: The Most Powerful Game in the Universe download for your iPhone and iPad. (Android users take heart – He-Man is still making his way to Android devices.)

For now, we’ve got He-Man and Skeletor as exclusives – but if they’re popular, maybe we’ll be seeing more next year on MattyCollector.com. Best thing is that these new figures are in scale with the upcoming Masters of the Universe Classics Castle Grayskull. I kid! I KID!

Mattel also announced they’d be bringing the last of the remaining Back to the Future Hover Boards to the show. 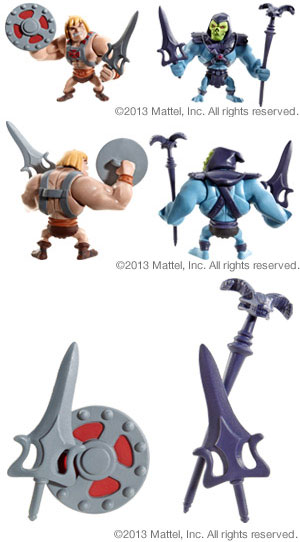 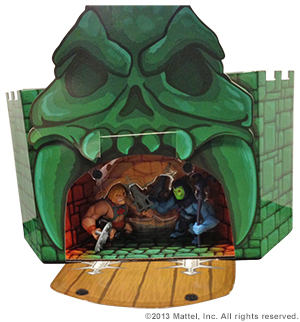 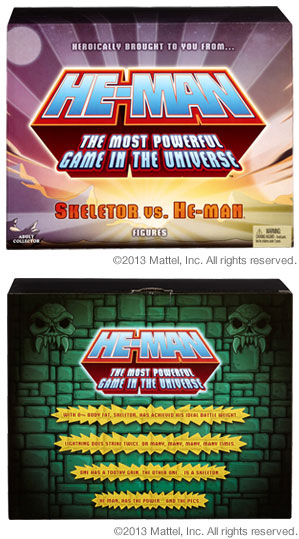 Great things come in small packages! At long last, the fan demanded mini versions of He-Man® and Skeletor®… in a foldout mini Castle Grayskull® diorama package! Each figure has six points of articulation at the arms, legs, waist and neck, and comes with snap-on accessories such as a power sword, shield and havoc staff. He-Man® features a shield with traditional j-hook, allowing it to be held out in front instead of clipped onto his arm!