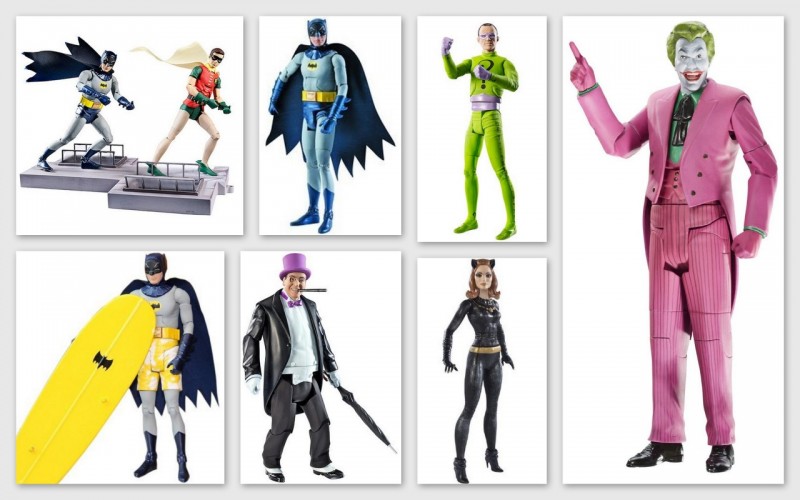 The whole assortment of DC Universe Batman Classic TV Series figures are now available for pre-order on Amazon.com. I grew up loving the show, catching it on re-runs almost every day. I’ll admit, when I first heard about the toys, I wasn’t feeling too enthused. After years of collecting muscle-bound action figures, something about getting a not-that-cut Batman wasn’t gelling. But the Rogues Gallery for the show was outstanding, and while the Riddler and Penguin on their own didn’t get me over my hesitancy, the latter reveals of the Joker and Catwoman have gotten me close.

At the current Amazon prices ($15.99 for singles and $29.99 for the 2-pack) these are probably as cheap as you’ll see them – and as Prime products direct from Amazon, you’ll get free 2-day shipping if you are a Prime subscriber or get free regular shipping if you’re not but spend over $25. Amazon has a release date for all figures on August 1. No sign yet of the 1/12 scale Batmobile, but keep your eyes open.