DCC has revealed some new video game collectibles through the New York Post, and one in particular is just awesome. It’s the Arkham Origins Batman. I have really enjoyed the Arkham series of Batman games but the design and figures for Batman fell a little flat off of the big screen TV. The nearest I came to buying one was the Batman from DCC Arkham wave 4 – it’s the same design as the others, but it’s got the super-poseable articulation scheme of the 4-inch DCC figures.

So while I haven’t paid much attention to the design for the new Origins game, if it’s anything like this figure then I think they’ve nailed it for this game. My understanding is that Gentle Giant had its hand in this new Batman.

The great thing about video games these days is you get to reach out and touch the characters. And DC Collectibles knows it. 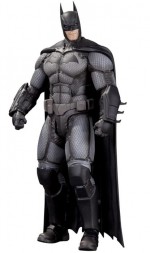 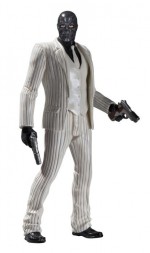 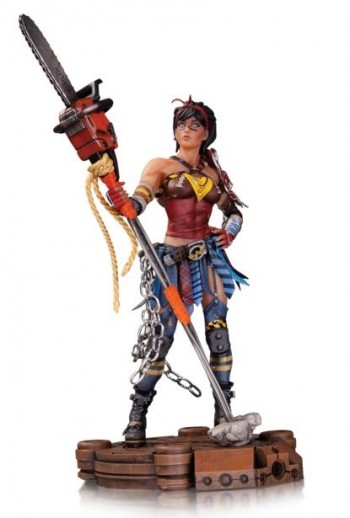 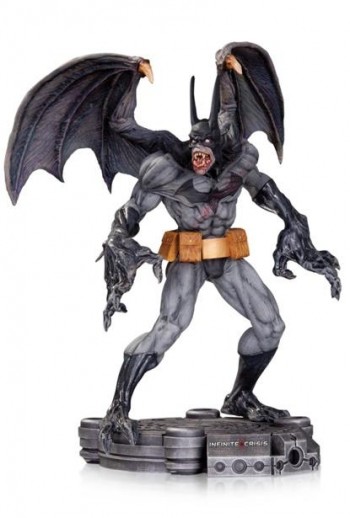 Given the popularity of the “Batman: Arkham Asylum,” “Batman: Arkham City” and “Injustice: Gods Among Us” action-figure lines, the company is rolling out two new series this fall – and Post Game Report has the exclusive, first look.

Closest to my heart (and wallet) are action figures from the hotly anticipated “Batman: Arkham Origins” video game. Batman gets a whole new outfit in the prequel and we get the frightening and dapper Black Mask to boot. They’re due out in October and will be in the typical 6.75” scale. They’ll be about 25 clams each.

On the higher end, however, are statues based on the upcoming “Infinite Crisis” free-to-play MOBA game which will feature different versions of the DC stable of characters.

There’s Nightmare Batman (reminiscent of artist Kelley Jones’ depiction of the Dark Knight) and what just might be the most badass Amazon warrior I’ve ever seen – the chainsaw-wielding Atomic Age Wonder Woman. Each runs about $125, so these are really for the hardcore collector. Batman is due out in September, Wonder Woman in November.