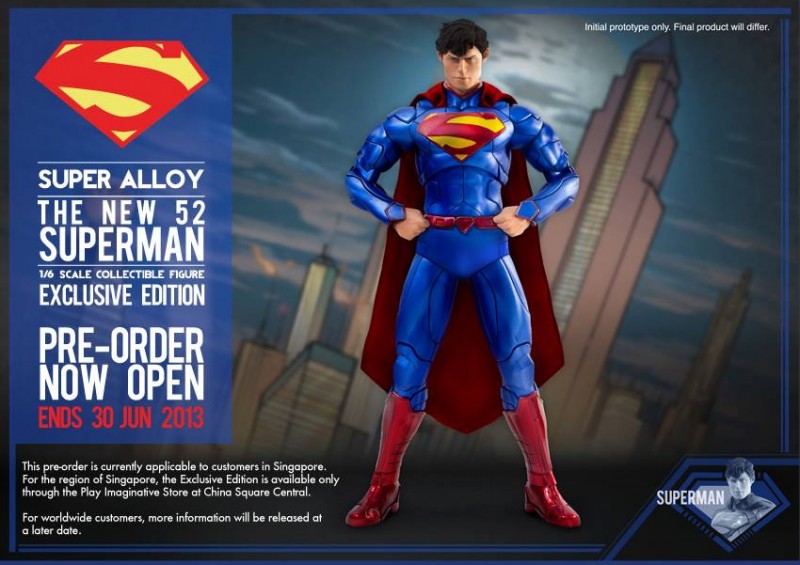 Play Imaginative has whipped up an Exclusive Edition of its Super Alloy New 52 Superman that will be available at San Diego Comic-Con. It joins the Super Alloy New 52 Batman that is being re-released for SDCC after an initial release at the Singapore Toy, Games, and Comic Convention last year.

No word if this version of Superman will be any different than the Super Alloy Superman planned for general release – if it’s the same, it should feature a second head with heat vision eyes and a crystal fortress base that houses a fan to give the fabric cape the windblown look. Superman will be priced at $360, and we’ve heard Batman will go for $300. Both figures will be available at the Yes Anime booth #4729.