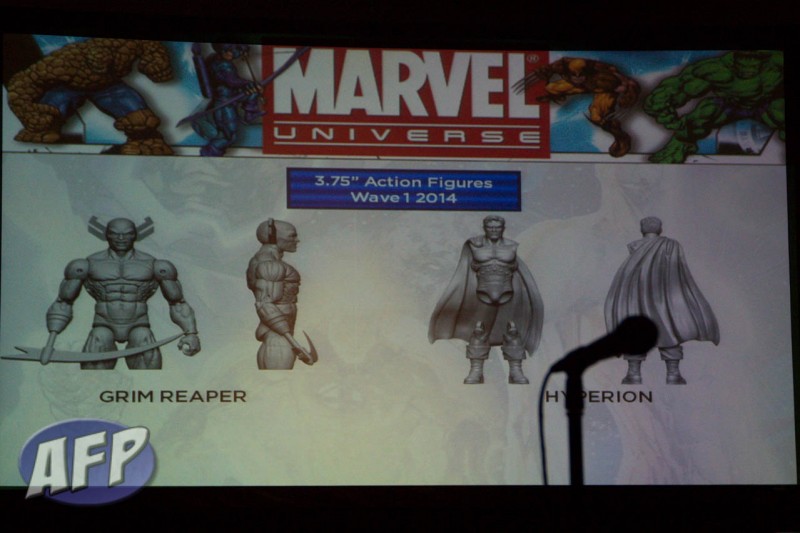 Hasbro held its Marvel panel yesterday afternoon, featuring Adam Biehl, Dwight Stall, and Maalvika Mantripragada from the Hasbro Marvel team, and Jesse Falcon from Marvel licensing. They elaborate on the plans touched upon during our interview with Adam and Dwight for the Marvel Universe brand (that encompasses the Legends 6-inch and Universe 3.75-inch lines) – those plans include a brand refresh and new options for distribution.

Some new figure prototypes revealed during the panel will be in the Hasbro Marvel booth today, so stay tuned for some Instapics.

Attendees will also get a sneak peek of upcoming, never before seen action figures.  Adam, Jesse, Dwight and Maalvika will also host some Q+A for your burning Marvel action figure questions!