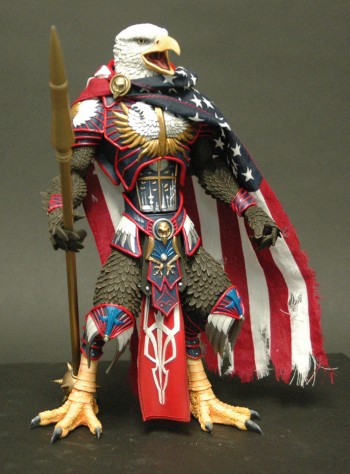 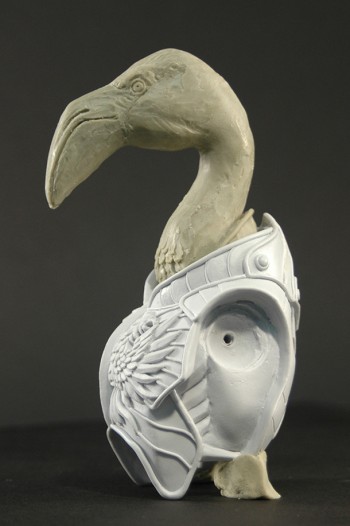 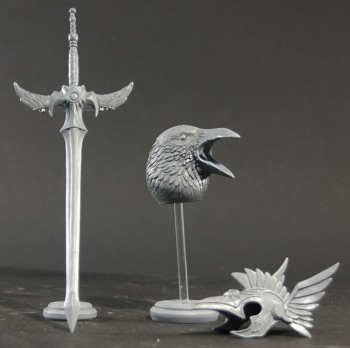 As I mentioned in my little Soapbox Sunday rant yesterday, the Four Horsemen’s Kickstarter campaign for the Gothitropolis Ravens has been an unmitigated success. When I talked to them in San Diego, less than a week into the campaign, they were surprised they had hit the $65K target for funding (Kickstarter works on an all or nothing model for funding projects – if you don’t hit the target, you get nothing.) With just about 12 hours to go, they’ve already signed up around thirteen hundred backers who have pledged over a quarter of a million dollars.

If you’re already a backer, now’s the time to adjust your pledges. In the final days of the campaign, the Four Horsemen have been adding extra goodies. The secret figure that was revealed as a stretch goal, the Screaming Eagle, may come with an American flag cape – if they can source a quality one. An additional figure, the Pink Flamingo, was added when the funding totals blew past the regular and bone wings. And stands for the figures (including foot pegs and adjustable clip for flying poses) are now available as add-ons for $3 each.

Finally, if you just want everything, there’s an all-in option which includes all the figures, all the wings for each figure, the battle packs for the black and the white ravens, and more, for $676. For the least expensive way to get that option, you pledge the first reward, Thank You for $1, then add $675 for the All-In Add-On. I nerded out a little (ok, a lot) and ran the numbers through a spreadsheet – there’s no lower cost combination that includes everything.

And if you’re on the fence, what are you waiting for? Check out the campaign – if you’re a fan of 6-inch action figures, I’m sure you’ll find something you will love to add to your collection. The campaign for funding closes tonight at 8:14PM PST.