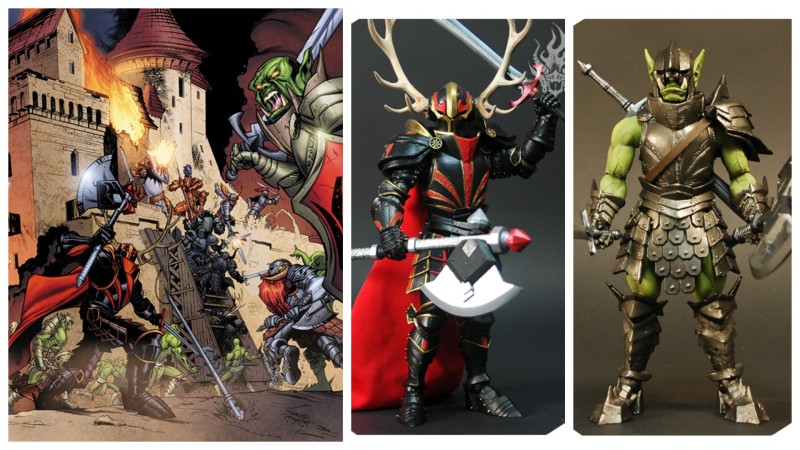 While some figures will eventually be available after the production run is complete, this will be your last chance to pre-order exactly what you want. So if you missed out on the initial campaign, or are looking to supplement your order with more Mythic Legions, head over to StoreHorsemen.com right now. Happy shopping!

The Mythic Legions Kickstarter project is in its final day of funding – it’s already surpassed the funding threshold and then all the stretch goals, so all planned figures and accessory packs will go into production. But that hasn’t stopped the Four Horsemen from continuing to reveal new figures, accessories, and deco updates. With one day to go, here are the latest enticements they’ve shared:

Today’s the last day you can back the project. If you’re unsure of what you want (I still don’t know just how many skeletons and orcs I’m getting), I’d encourage you to at least back at any of the $30 pledge levels. From there you’ll be able to access add-ons for about a month after the funding campaign closes tomorrow, via the BackerKit survey the Four Horsemen will send out shortly afterwards.

END_OF_DOCUMENT_TOKEN_TO_BE_REPLACED 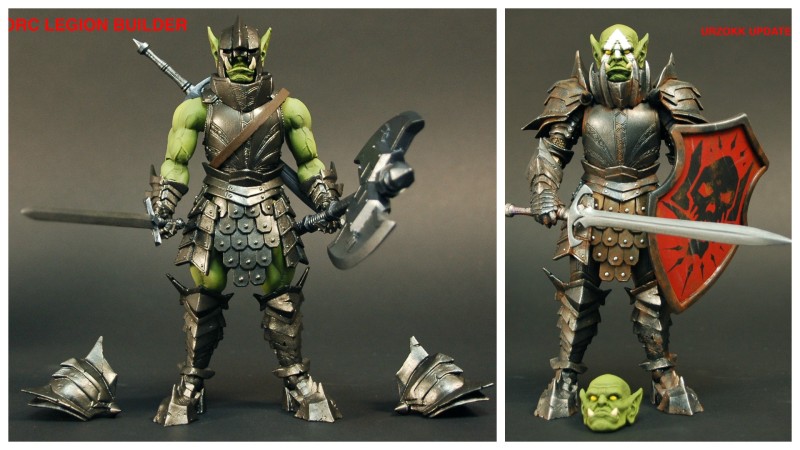 As the Mythic Legions Kickstarter counts down to the end of its funding stage (we’re at under 5 days left), backers are blowing through new stretch goals before the Four Horsemen can reveal all the details for them. If that sounds familiar, that’s because it also happened yesterday! This may be the biggest one yet, though – supporters of the project have been clamoring for an Orc Legion Builder since funding opened. Now you can add them as singles (as many as you want) or in six-packs with a price break (almost one Orc for free!)

But that’s not all. A second weapons pack was also unlocked, with a mace, halberd, and an Orc sword ( the Four Horsemen haven’t had the chance to show them yet.) And as a bonus, Urzokk, one of the Orc champions, will come with an alternate war paint head. Since parts are interchangeable between figures, that just means more customization options for you.

Think the Four Horsemen have any more surprises in store?

END_OF_DOCUMENT_TOKEN_TO_BE_REPLACED 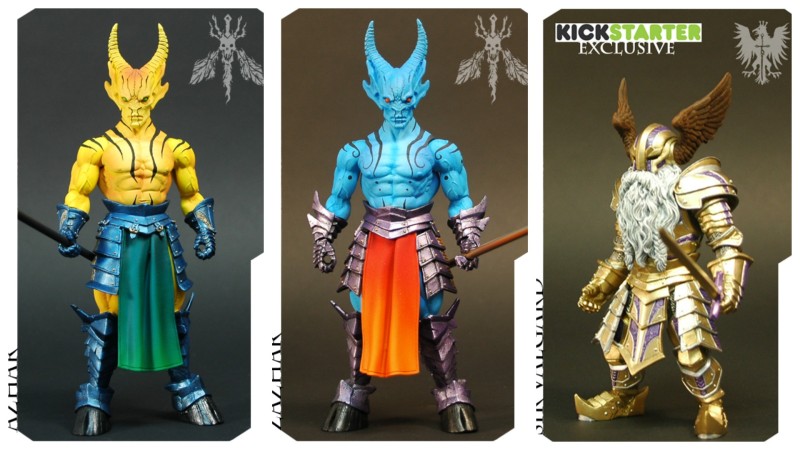 With under a week left and the original funding target and stretch goals surpassed, the Four Horsemen’s Mythic Legions Kickstarter project has picked up momentum – and is now moving faster than they can supply updates. After revealing Azhar and Zazhar, the demonic pair of figures that had been unlocked sight unseen, the Four Horsemen posted a new stretch goal for the Kickstarter-exclusive Sir Valgard and a weapons accessory pack… which was promptly unlocked.

But there’s more to come. The Four Horsemen have revealed artwork for a Mythic Legions comic book, and teased another stretch goal that will include a second weapons pack and perhaps more characters. I’m hoping we’ll see an orc army-builder. Stay tuned!

END_OF_DOCUMENT_TOKEN_TO_BE_REPLACED 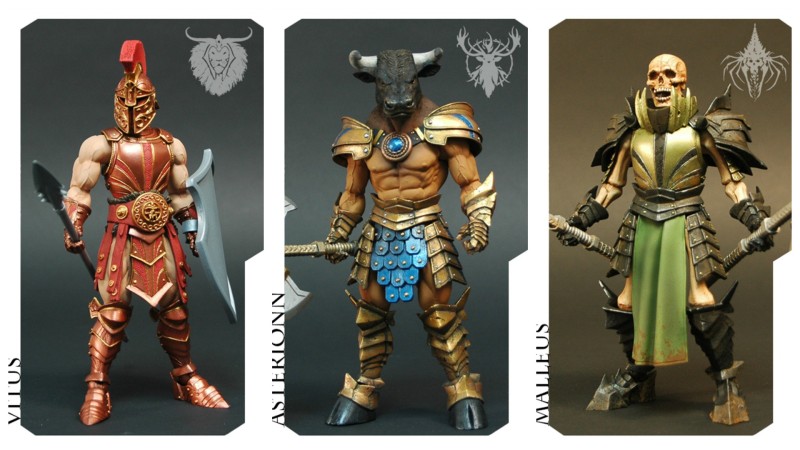 Doubling up on stretch goals and lowering their funding targets has worked – over the weekend the Four Horsemen’s Mythic Legions Kickstarter project hit the minimum threshold for funding the production of the line, and then it proceeded to hit the targets for the remaining stretch goals. That means all of the champions and army builders that were originally announced, plus the additions of the Bog Goblin and Malleus (another skeleton champ) will get made.

The Four Horsemen, who were on the west coast this weekend for the Long Beach Comic Expo, have still to reveal Azhar and Zazhar, the two figures who were unlocked when the last stretch goal was hit. I’m hoping that with 9 days left in the campaign, they have a few more figures in mind that they can add as another stretch goal, to keep the momentum going.