For those of you who spotted the duo of coins covering Solomon Grundy’s eyes in the week with Solomon Grundy feature earlier this week, your guesses have been confirmed. Two-Face from Batman: Arkham City is joining the DC Collectibles line-up in April next year.

Does this mean another wave of Arkham City figures? More pics and info to come, I’m sure. 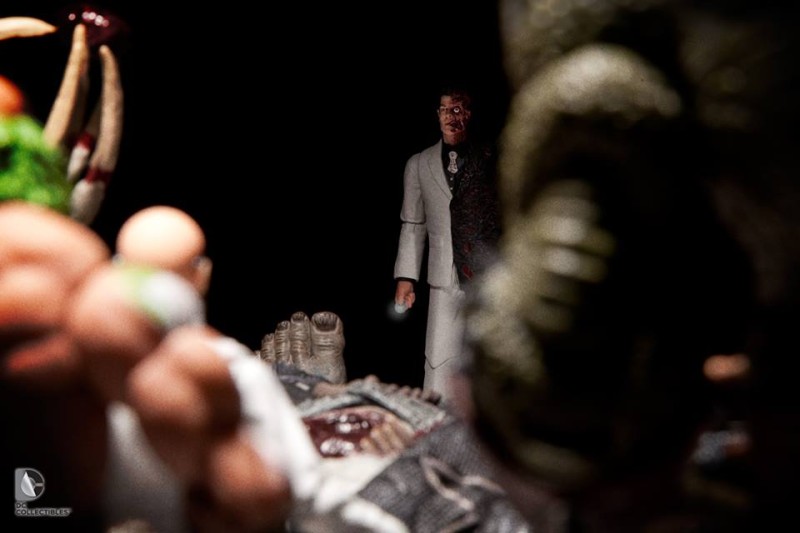 During last week’s “Days of Solomon Grundy,” we left a clue to an upcoming 6” action figure in one of the images, and a few of you with eagle eyes were able to spot it. Grundy had two shiny coins placed over his eyes in Saturday’s image. You know which popular villain is known for using a coin, right? That’s right, Two-Face! We’re pleased to inform you that Two-Face will join his fellow Arkham City villains in April 2014.