Remember that Hot Toys Avengers Shawarma diorama, in which we first saw a Bruce Banner figure? At the time, I thought Hot Toys was torturing us with a custom figure that we’d never have the chance to add to our collections. But then they revealed that the puny Banner would be an official Hot Toys release (although when, your guess is as good as mine).

Think they’ll do the same with this Christopher Reeve Clark Kent?

The next stop of Hot Toys’ annual exhibition – Battle of the Toys has officially started today at Kartika Expo Center in Jakarta, Indonesia. 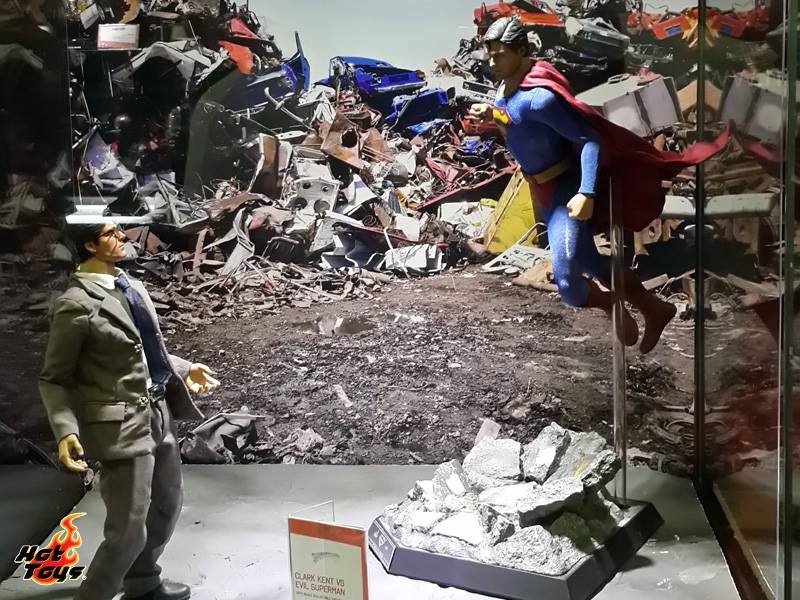 The event will run from today until tomorrow, visitors can come to the exhibition and see a variety of Hot Toys Collectible Figures and all new dioramas shown for the first time.

Here are some pictures taken at the event. Fans in Indonesia, don’t miss out!