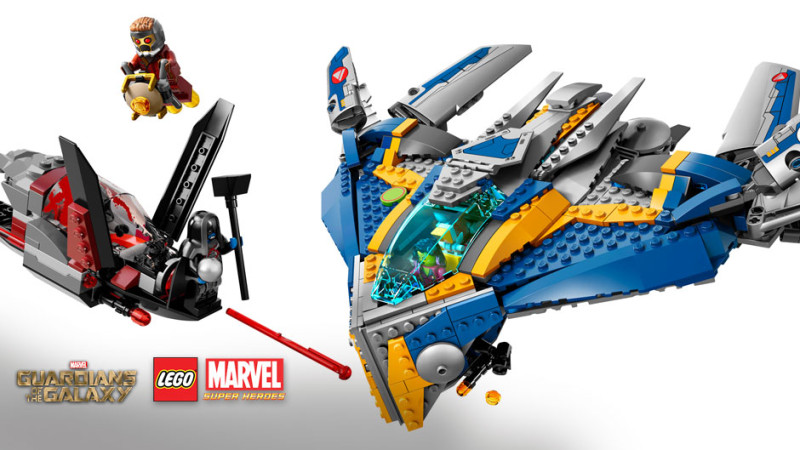 One of my biggest disappointments being snowed out of Toy Fair this year is missing the LEGO showroom. I’ve been a lifelong fan of the building sets, and fell pretty hard for their foray into licensed products many years ago with Star Wars LEGO sets. With this year’s Toy Fair showing, LEGO has extended their Marvel license to include Guardians of the Galaxy, and added a fan favorite with a new Ghostbusters set.

While we can expect three sets of GotG as part of the growing LEGO Marvel license, Ghostbusters will likely be limited to the ECTO-1 set, as it’s a product of LEGO’s CUUSOO program (where users submit ideas to be potentially turned into LEGO sets), like last year’s Back to the Future DeLorean Time Machine.

Take Flight With LEGO’s First Guardians of the Galaxy Set
Form your own Milano with LEGO bricks in the first set inspired by the upcoming film!

With Toy Fair coming up this weekend, we’ve got your first look at one of three upcoming LEGO sets from Marvel’s “Guardians of the Galaxy,” the Milano Spaceship Rescue set! 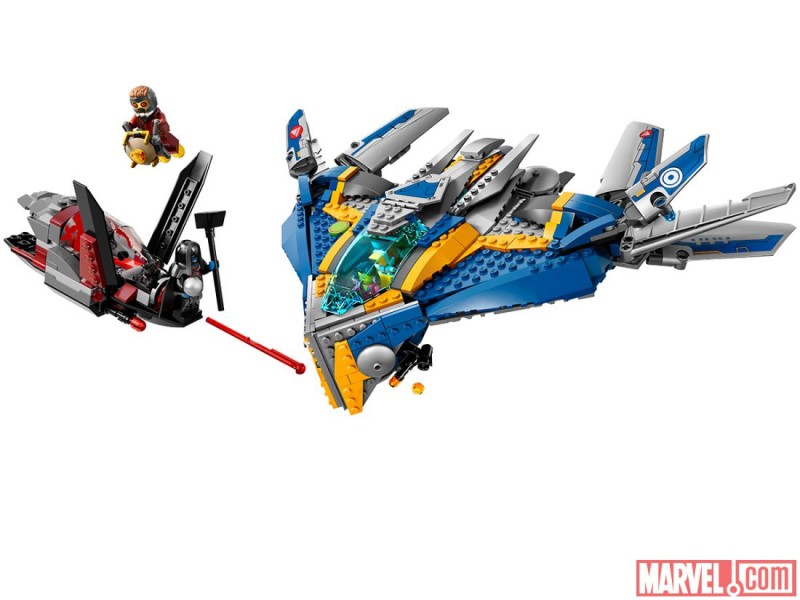 Get a look at the set, debuting in stores this June, directly below with your first glimps of Star-Lord, Gamora, Drax and Ronan in LEGO form! In addition, the set will also include a Sakaaran Soldier, and will consist of 665 pieces priced at $74.99.

From Marvel, the studio that brought you the global blockbuster franchises of Iron Man, Thor, Captain America and The Avengers, comes a new team–the Guardians of the Galaxy. An action-packed, epic space adventure, Marvel’s “Guardians of the Galaxy” expands the Marvel Cinematic Universe into the cosmos, where brash adventurer Peter Quill finds himself the object of an unrelenting bounty hunt after stealing a mysterious orb coveted by Ronan, a powerful villain with ambitions that threaten the entire universe. To evade the ever-persistent Ronan, Quill is forced into an uneasy truce with a quartet of disparate misfits–Rocket, a gun-toting raccoon; Groot, a tree-like humanoid; the deadly and enigmatic Gamora; and the revenge-driven Drax the Destroyer. But when Quill discovers the true power of the orb and the menace it poses to the cosmos, he must do his best to rally his ragtag rivals for a last, desperate stand–with the galaxy’s fate in the balance.

James Gunn is the director of the film with Kevin Feige producing, and Louis D’Esposito, Victoria Alonso, Jeremy Latcham, Alan Fine and Stan Lee serve as executive producers. The story is by Nicole Perlman and James Gunn, with screenplay by James Gunn. Marvel’s “Guardians of the Galaxy” releases in U.S. theaters on August 1, 2014.

In addition to “Guardians of the Galaxy,” Marvel Studios will release a slate of films based on the Marvel characters including “Captain America: The Winter Soldier” on April 4, 2014; “Avengers: Age of Ultron” on May 1, 2015; and “Ant-Man” on July 17, 2015.

via Take Flight With LEGO’s First Guardians of the Galaxy Set | News | Marvel.com.

Today we gave a first look at 21108 LEGO® Ghostbusters™ to select collector and LEGO fan press at ToyFair New York, and here it is for you as well!

It’s not every year a pop culture classic like Ghostbusters has a big anniversary, so the team here at LEGO CUUSOO has been working overtime to make this set available as soon as possible. 21108 LEGO Ghostbusters will be available for purchase in June 2014 for USD $49.99 / CAD $59.99.

First, some details from the set’s description:

This fun and iconic vehicle from the blockbusting ‘80s movie is fully loaded with all the paranormal detection equipment needed to track down those ghastly ghosts. It also features cool Ghostbusters logo decoration, removable roof, tracking computer and seats for 3 minifigures.