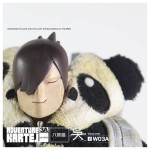 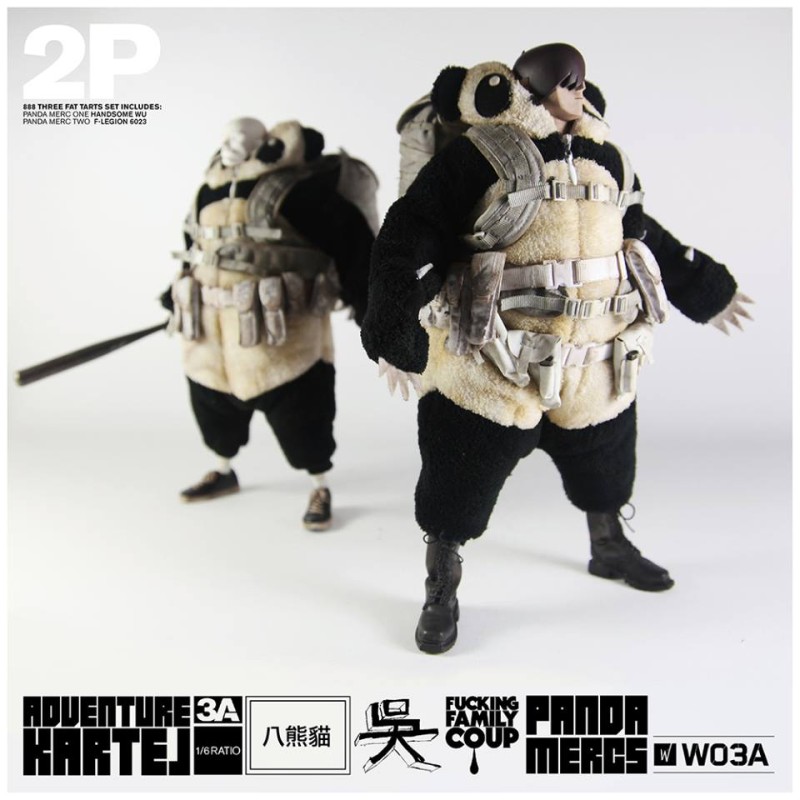 We reported earlier today about Threezero’s Tyrion Lannister pre-order, but sibling company 3A Toys has also got a pre-order, going up later today. You can pre-order their Adventure Kartel Panda Mercs starting at 6PM PST at Bambaland. There’s a single, the Handsome Wu merc, for $140, or a 2-pack featuring Wu and F-Legion 6023  for $250 – although some people are speculating about the “Three Fat Tarts” title for the 2-pack.

3A originally planned to have this be the fourth of four AKLUB sets needed to get an exclusive MS Shadow, but reverted to an older plan to make the fourth set with the Zomb MD in a couple of months. So the Pandas are an independent release, with no ties to the AKLUB prereqs.