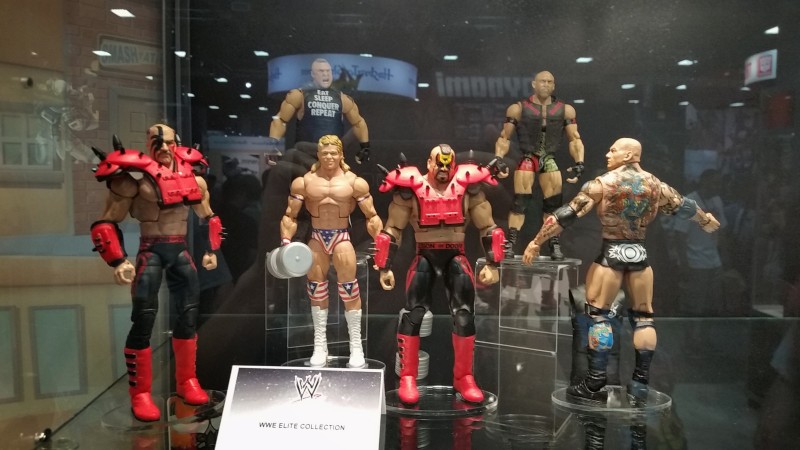 Admittedly, I have not been following Mattel’s WWE line that closely since the Legends sub-line shut down – but with the Legion of Doom in their red and black ring attire on its way, I’ll be on the hunt. They’ll be showing up as single-carded flashback figures in the next wave of Elites.

Vader, Lex Luger, and the Rock (again?) will be flashback figures rounding out the next two waves of Mattel’s WWE Elite line. But with Hulk Hogan back in the fold and supposedly scheduled to attend Mattel’s WWE panel tomorrow morning, can a Hogan figure be far behind?